James Melville on how the £200 billion cost of four years’ lost growth equals the entire UK contribution to the EU budget since it joined.

As Boris Johnson tears up pledges of ‘level playing field’ with the EU and unveils the Government’s vision for a Canada-style trade deal despite the EU having already rejected the idea, new research shows that Brexit is set to have cost the UK more than £200 billion in lost economic growth by the end of this year. This is a figure that almost eclipses the total amount the UK has paid into the EU budget over the past 47 years (£215 billion) since joining in 1973.

Research by Bloomberg Economics estimates that the economic cost of Brexit has already hit £130 billion ($170 billion), with a further £70 billion set to be added by the end of this year. The British economy is now 3% smaller than it could have been EU membership had been maintained.

In a tragic twist of irony, the scale of the EU payments were central to the Leave campaign’s case for Brexit and “taking back control of our money” and it now looks like the cost of Brexit itself is going to be significantly higher than all of those budget contributions over the past half-century – even before the UK actually leaves the free trading arrangement of the single market at the end of 2020.

Johnson wants Brexit to act as a catalyst to “unleash Britain’s potential” and create a “golden era” but instead, even before the UK has lost access to the single market, the UK finds itself in a Brexit-influenced rust era with even greater economic risks ahead. The Prime Minister still has to negotiate new trading arrangements with the EU, which creates another potential ‘no deal’ cliff-edge at the end of the year.

Ignoring the provisions in the political declaration that was sealed along with the withdrawal agreement, the Government’s EU trade deal proposal rejects calls for the UK to comply with EU regulatory alignments on trading rules and standards. Instead, it will call for a pact along the lines of that the EU has with Canada, with no tariffs on goods or quotas restricting imports and exports.

Michel Barnier, the European Commission’s Head of Task Force for Relations with the UK, has already dismissed the idea of Canada-style terms and has warned that there will be no agreement unless Britain adheres to regulatory alignment.

Whatever the price of refusing to stick to EU rules and regulations, it appears that Johnson is willing to pay it.

“Leave means Leave” is still the empty Brexiter mantra. The Government’s chief Brexit advisor David Frost explained last week that Britain needs to be completely “free” from the EU and it is not “a simple negotiating position which might move under pressure – it is the point of the whole project”.

Even after four long years, the Brexiter ideology remains all about the principle of freedom, but without any clarity or understanding about what might be done with this freedom.

This hardball but empty rhetoric has consequences. It creates even more business uncertainty for manufacturers and exporters and this uncertainty creates further reduced confidence in the value of the pound which, in turn, has huge consequences on the Producer Price Index (net input prices of materials and fuels purchased in the UK) which has increased by 10% since the 2016 EU Referendum – placing more expense on our importers of overseas goods.

Future trading arrangements are likely to leave the UK in a perilous situation with no guarantee of free trade with the EU or, indeed, outside of the EU. The Government was recently dealt a blow after the Australian Government rejected a UK free trade offer that included visa-free work and travel between the two countries.

Not that committed Brexiters accept any of this economic evidence. After the result of the EU Referendum, predictions of economic costs connected to Brexit were dismissed on the grounds that “you can’t predict the future” or “project fear” or “Remoaners talking the country down”. But, as the costs of Brexit are ratcheting up, they are now dismissed by Brexiters on the grounds of “the delay to Brexit caused uncertainty”. It is this doublespeak that cannot be reasoned with.

In reality, it is the uncertainty of what Brexit actually means that is creating economic uncertainty.

This uncertainty goes right back to a problem that we have faced since the EU Referendum: a lack of any realistic definition from the Government on what Brexit really means or how to do it.

As for what the economic costs of Brexit will eventually end up being, that will largely depend on what kind of trade deal gets done and here confusion continues to reign. Based on the huge difference of opinion between what the UK government wants and what the EU wants in terms of a trade agreement, there is a sense that we are heading towards a re-run of the past four years, as we hurdle towards the trade deal cliff edge of 31 December 2020 when the transition period ends.

This conflict between economic realism and political delusion continues to be unresolved. This is likely to continue as the negotiations with the EU progress and the internal fights of the Conservative Party continue to drive the whole process. Pragmatism versus delusion will continue. There will be no winners, just zero-sum game outcomes and further economic costs to the real economy.

A Bloomberg report has put a £200 billion figure on just the first instalment on these costs and there will be many more to follow.

CJ Werleman, 6 July 2020
CJ Werleman considers the effect on the reputation of the superpower following the President's mishandling of the Coronavirus crisis, which has seen the US become the worst-hit country in the world
Filed under:
Argument The Coronavirus Crisis Aviation and Travel Coronavirus Donald Trump Foreign Affairs Public Health United States of America US Politics 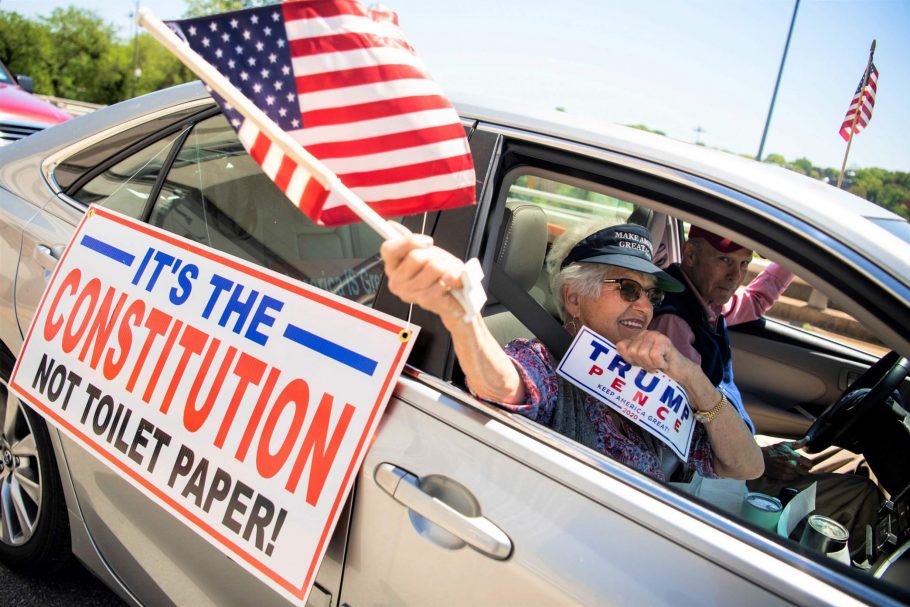