The previous day in Butts County, Georgia, USA, 42-year-old Troy Davis had been executed by lethal injection for the 1989 murder of Burger King security guard Mark MacPhail. The execution had been a matter of much international debate as there were doubts surrounding the safety of the conviction. The case against Davis was largely circumstantial and he had maintained his innocence to the very end.

As Question Time got underway, the opening question was: “Does capital punishment have a role in civilised society?”

Most of the admittedly broadly liberal panel thought not. But, when the question was asked of Patel, she was unequivocal: “I would support the reintroduction of capital punishment to serve as a deterrent, because I do think that we do not have enough deterrents in this country for criminals.”

Her response was met with a smattering of applause from a segment of the audience. Patel looked pleased with the reception and smiled generously while attention turned to Cable.

And then it was Ian Hislop’s turn.

The Private Eye editor argued eloquently that the death penalty was fundamentally flawed in principle. In the past, innocent people had had their lives taken by the state and the problem with such a punishment was that, if it was later found out that a mistake had been made, there was no going back.

Clearly buoyed by the applause that had greeted her earlier contribution, Patel asked if she could make a further comment and David Dimbleby, the host, duly obliged. 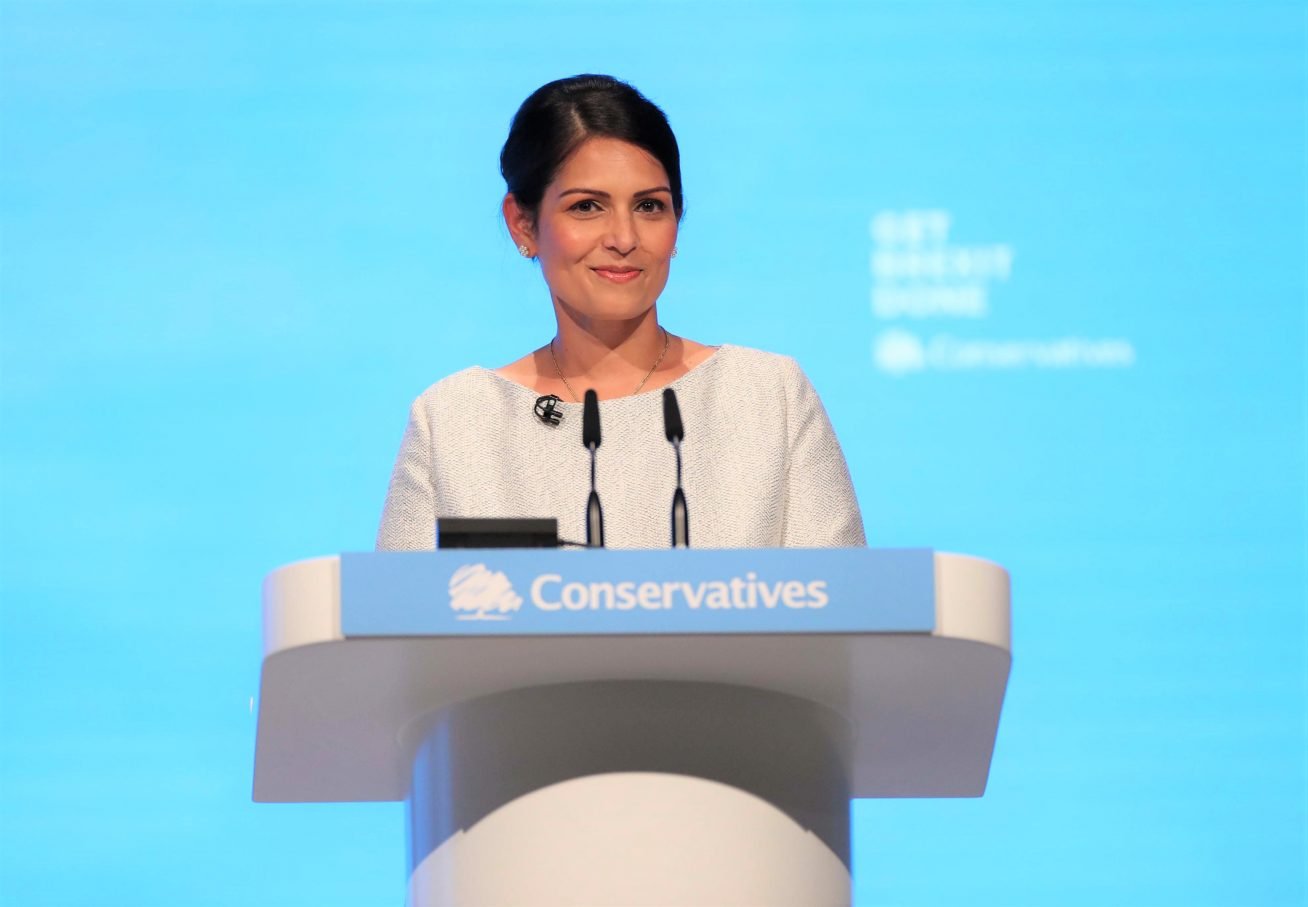 The Dangers of Priti Patel’sRacial Gatekeeping

“For any conviction,” Patel began “you need a burden of proof. You really do.”

There was a pause.

“But that’s his point,” Dimbleby interjected helpfully. “They find these mistakes all the time.”

“Are you saying all these (innocent) people were guilty?” Hislop added. “No I’m not saying they were guilty,” Patel said.

“So they would be dead,” Hislop replied. “No… as I said earlier this is about having deterrents. If you have strong deterrents…” Patel continued, before Hislop shot back with: “It’s not a deterrent – killing the wrong people deters no one.”

The audience laughed and then applauded and then laughed again. Patel, looked ridiculous and out of her depth, but undeterred, she plodded on: “The point that I’m making is that having capital punishment would act as a deterrent.” Patel then repeated words to that end several more times until the next question was asked.

The striking thing, watching the footage, is that Patel appears completely unfazed by the inherent contradictions in her responses and the mockery that greets her second interjection. Here is the very essence of the Dunning Kruger effect in motion.

This was not the first occasion on which Priti Patel had sought to make political capital out of the death penalty. She was reportedly cheered when she called for its reintroduction at her selection meeting in Witham in 2006. It was a policy that chimed with the hard right of her Conservative support base.

And yet, having been appointed Home Secretary in 2019, she quickly began backtracking, claiming in an interview with the Daily Mail that: “I have never said I’m an active supporter of it [the death penalty] and [what I said] is constantly taken out of context.”

No. In the Question Time debate she clearly said: “I would support the reintroduction of capital punishment to serve as a deterrent.”

So, what does this redrafting of truth tell us about the quality and integrity of our new Home Secretary?

Priti Patel’s political journey began in 1995 when she was recruited by billionaire playboy Sir James Goldsmith to the press office of the Referendum Party – a political movement that was, in many ways, the precursor to Nigel Farage’s Brexit Party vanity project.

There was much talk about “democracy” and the “unaccountable EU”, but the Referendum Party itself was fundamentally undemocratic. Goldsmith’s movement didn’t allow members, had a self-appointed leader and acted as a magnet for angry Eurosceptics, xenophobes and conspiracy theorists. The party made a lot of noise and spent millions of Goldsmith’s pounds on mail shots and a spectacular conference but, come the 1997 General Election, it lost most of its deposits and failed to win any seats.

Patel soon left to join the then Conservative Party Leader William Hague’s team as a press officer, before going to work for PR consulting firm Weber Shandwick. There, among her projects, she lobbied MEPs on behalf of British America Tobacco.

On becoming an MP in 2010, she positioned herself on the right-wing of the party, in the slot previously filled by the likes of Norman Tebbit. In 2012, she co-authored a book, Britannia Unchained, with fellow MPs Kwasi Kwarteng, Dominic Raab, Chris Skidmore and Elizabeth Truss, which suggested that the UK should emulate countries such as Singapore, ditch employment laws and reduce the welfare budget that made the British “among the worst idlers in the world”.

Between 2016 and 2017, she served as the Secretary of State for International Development, running a department she had previously suggested should be scrapped. Patel brushed off accusations of hypocrisy as she made the most of her moment in the ministerial jaguar. But, in 2017, she was obliged to resign in disgrace when it transpired that she had held up to 12 meetings with Israeli officials, while purportedly on a ‘private holiday’ in Israel. Such meetings are in breach of the ministerial code and many speculated that she had less walked from her role, than been shoved.

Following Boris Johnson’s appointment as Prime Minister, Patel made a surprise return to the Cabinet and has since been reinforcing her credentials as a tough, right-wing Home Secretary who wants to make prisons a deterrent and who seeks to introduce an Australian-style points-based immigration system that would have prevented her own parents migrating to the UK in the 1960s.

The points-based immigration system has many flaws but perhaps the most striking thing about it is that even Australia accepts that it doesn’t work. A government commission concluded in 2016 that it should be scrapped and replaced with something fit for purpose.

But, whether it works or not – and whether the Brexit she supported is beneficial to this country – is beside the point. Patel politics isn’t about Britain. The Home Secretary is, at heart, a public relations consultant selling a product and, in the case of her political career, the product is Priti Patel. That is why she has u-turned on her position on the death penalty: as a backbench MP it served her agenda, but as Home Secretary and clearly with her eye on the top job, it became politically inexpedient.

For someone who has made a career out of image management, it is striking just how many enemies Patel has made along the way.

At the weekend, it was claimed that security service bosses “don’t trust” her and that she had bullied staff. The Times has claimed that MI5 has restricted her access to information and I have been told by a well-placed figure that she is seen “as a bully and incompetent”.

Another Home Office source has told me that “the issue between Philip Rutnam [her Permanent Secretary] and Patel is exactly as reported” and that Patel herself is “universally loathed”. The essential problem is that “she doesn’t listen to facts and can’t understand why she can’t get her own way when things are not allowed. The general feel is people aren’t sure if she is incompetent, ambitiously self-serving or both”.

Patel may have managed to climb to one of the top jobs in the land, but she seems to have made an awful lot of people unhappy along the way. For the moment, she has the “full confidence” of Johnson. But how long the itinerant Prime Minister is willing to lend it might depend very much on who Patel upsets next. 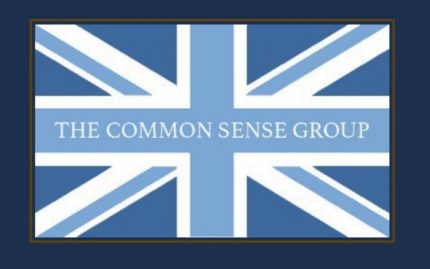