How Jeremy Corbyn and Labour Failed the Country

In the summer of 2015, we were invited to a friend’s birthday party in the Buckinghamshire countryside. These were fairly apolitical friends and, on the journey north, my wife and I had our usual conversation about how I promised I wouldn’t get into politics over dinner – which is otherwise translated as: “For f*ck sake, don’t start arguing with everyone about politics”.

At dinner, I sat next to our host’s sister-in-law, who works for a campaigning group and, after the usual pleasantries, we got straight onto arguing about politics.

The Conservatives under David Cameron had won an outright majority earlier that year and the Labour Leader Ed Miliband’s career had been buried beneath his Ed stone. The party was now on a The Apprentice-style search for a new messiah to lead the movement back after five years in the wilderness.

I’m not a natural joiner of things and despite being a member of the Labour Party in the early 1990s have not been one since. My dinner companion, by contrast, was a lifelong supporter who had already cast her vote in the ballot.

Me: “But he’s completely unelectable.”

Guest: “Well that’s not really the point, is it.”

Me: “But, seriously, under first-past-the-post he’s never going to win and he’s never going to become Prime Minister. You need the middle ground in British elections and he won’t appeal to it. And, unless he’s actually elected, he can’t do anything and we’ll be stuck with the Tories.”

And so the conversation went on for the remainder of the night.

After a bit, her teenage son and partner joined in and the three of us moved from one room to the next, with me repeating sentences on the theme of “but he’ll never win”, while they smiled at me sympathetically because I didn’t understand.

It reminded me a lot of some unfortunate, prolonged encounters with the evangelical friends of an ex-girlfriend I dated in my 20s. They too had been very accommodating about my concerns regarding resurrection – but clearly thought I was delusional. All I needed to do was to believe.

Once Corbyn was in place, the country would see what a great man he was and soon Britons would be turning out to vote for him and deliver a new socialist paradise on Earth. This was a classic case of cognitive dissonance and the glint in my dinner companions’ eyes when they talked about “Jeremy” bothered me.

It seemed obvious to me that in a Britain dominated by a right-wing media and in a world where image is every bit as important as message, there was no way that a left-wing outsider such as Jeremy Corbyn was ever going to become Prime Minister.

Moreover, there was little evidence that his radical, ‘old school’ policies had much broad appeal. His dogged socialist principles and admirable idealism might make him a great campaigner and set him apart as a man unwilling to bend before the conformist strictures of society, but they were never going to win an election.

But maybe I was wrong, I thought back then. Corbyn had certainly appealed to many people: in September 2015 he became leader and by mid-2016 the Labour Party’s membership had risen to 503,143 – the largest of any British political party. Corbyn was commendably determined to do leadership his way and he was the very antithesis of shiny Blairite Labour and the Conservative fruit of Blairism: David Cameron.

And then Brexit happened.

Whatever his supporters might otherwise claim, Jeremy Corbyn was, is and will always be a Eurosceptic.

He admitted that he voted to quit the European Economic Community in the 1975 Referendum. As an MP he opposed the Maastricht Treaty, the Lisbon Treaty and – as late as July 2015 – he was suggesting that he might campaign to Leave. When the 2016 EU Referendum was called, both the Trades Union Congress and Parliamentary Labour Party (PLP) backed ‘Stronger In’, but Corbyn himself barely commented on the matter and was practically invisible in the months that followed. Momentum, the pro-Corbynite grassroots movement set up shortly after he came to power, was likewise barely perceptible. All of this was in stark contrast to Labour voters at large who were overwhelmingly pro-Remain.

So, quite rightly, after the country voted to leave the EU in June 2016, Corbyn’s lacklustre performance was called to account. He was even accused of sabotaging the campaign by his own MPs. 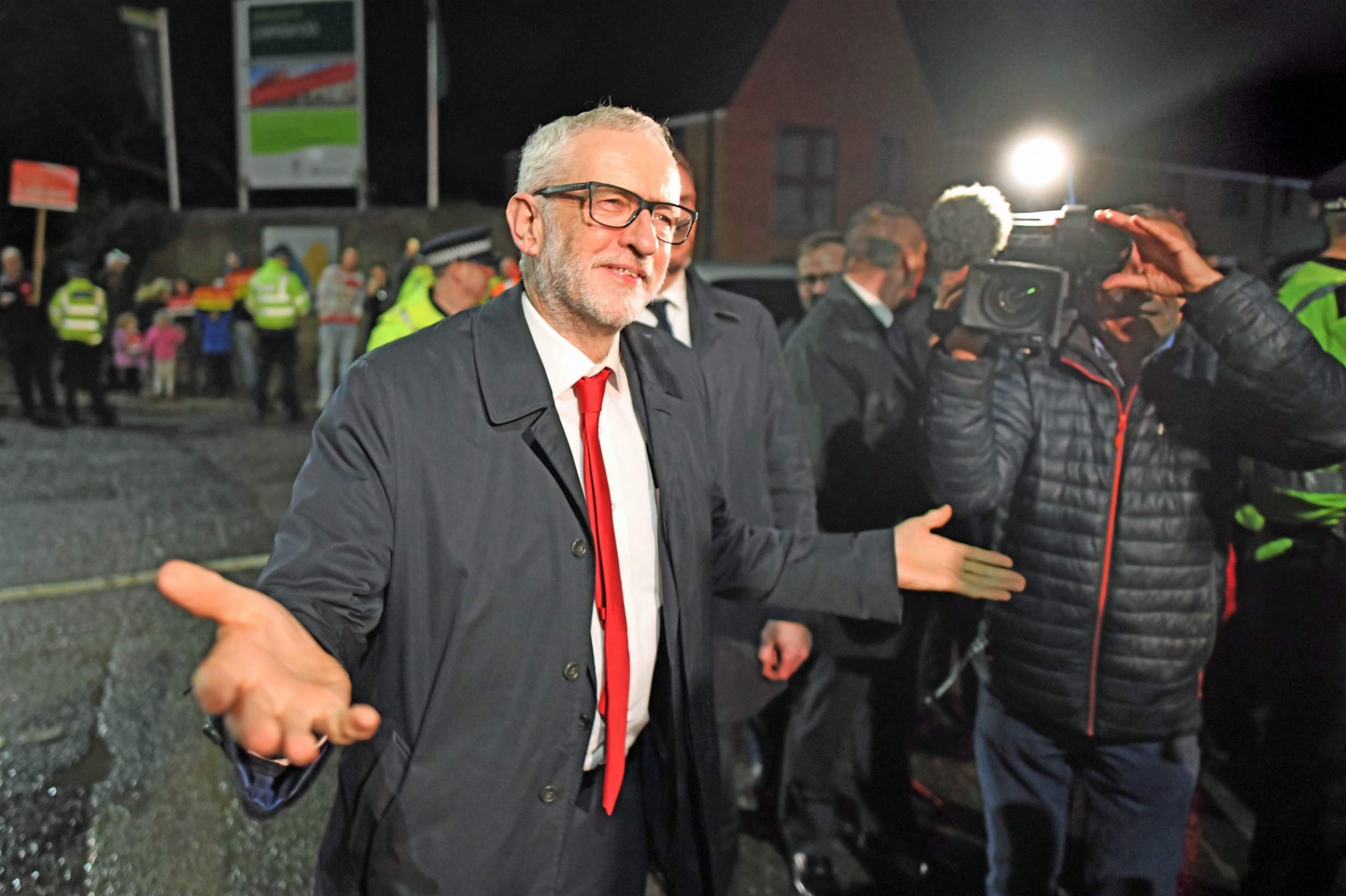 The PLP was already uncomfortable with Corbyn and this seemed to be the realisation of its worst fears. Three days after the referendum, Hilary Benn was swiftly sacked from the frontbench team when it was revealed that he was plotting a mass resignation in protest. In the days that followed, 31 members of the Shadow Cabinet had resigned and the Labour leader lost a vote of no confidence by 172-40. But, in the ensuing leadership challenge, Owen Smith was roundly defeated when 61.8% of the membership voted to keep Corbyn on.

Over the next two years, as the country plunged into crisis, the Labour Party barely noticed as it threw itself into prolonged and bitter internecine warfare. Crisis followed crisis.

Instead of addressing and dealing with some serious accusations of anti-Semitism against various key personnel and politicians close to the leadership, Corbyn and his close cabal – including his key advisor Seamus Milne – began to dig in. The frontbench was filled with lackeys, devotees and near neighbours and, throughout it all, the leader himself refused to define his position on the biggest issue of the day. Brexit could have been a huge opportunity for Labour, but Jeremy was curiously uninterested in it and, as he plodded forth, he failed increasingly to engage anyone beyond his cult.

As things progressed, his disciples became ever more delusional. When Corbyn failed to win the 2017 General Election against perhaps the most ineffectual and disliked Conservative Leader since Iain Duncan Smith, the Corbynites and Momentum supporters hailed the loss as a victory. Meanwhile, on social media and in print, Corbynites were becoming ever more belligerent.

Any criticism of the leader was met with vicious trolling and a fusillade of indignation in supportive media outlets. Supporters branded any who dared to query the direction of the party as “centrist dads”, “Blairites” or “not real Labour”. Instead of robustly addressing the anti-Semitism accusations and the many other concerns about the direction of the party, many of these same people went on the attack.

Some MPs quit, to form their own independent group. Others went off to join the Lib Dems. Many lifelong Labour voters began to look around for other parties to vote for.

Despite all the warning lights flashing, Corbyn clearly thought he could still win against Boris Johnson and plodded on into battle in last year’s General Election.

In television debates he failed to come alive, while his party’s throwback 2019 manifesto opened itself up to unwelcome comparisons with Michael Foot’s 1983 offering, which was famously dubbed “the longest suicide note in history”.

For all the talk of ‘Labour heartlands’ and reconnecting with its traditional base, this was very much a London-centric, chattering classes, metropolitan Labour Party fighting a last days of Berlin-style bunker war. As the 2019 General Election dawned, Corbyn, Emily Thornberry, Keir Starmer and Diane Abbott were representing constituencies that literally bordered each other, while Shadow Chancellor John McDonnell was but a short bus ride away.

Britain is a Liberal and Democratic Country – Why Are the Lib Dems Missing An Open Goal?

Labour went on to suffer its worst defeat since 1935 but, even then, the delusion continued. Rather than resigning immediately and taking ownership of the disaster, Corbyn claimed he had “won the argument”. The last of his dedicated band of followers continue to echo that sentiment in their social media echo chambers, even as this increasingly dangerous, right-wing Government secures its stranglehold on Britain.

Momentum supporters like to blame anyone but themselves. It is the fault of the mainstream media, or those evil Blairites or people who talked it all down. I can guarantee as I type this, that this piece itself will engender rage.

But here are some home truths.

Corbyn failed and Labour failed. They failed the poorest in society who they claim to represent. They failed when they were needed most. When this country was crying out for a counterbalance to the extremism of Brexit and the vicious agenda of libertarian right-wingers, they were in a back room squabbling over the definition of Zionism. In failing to provide strong opposition, they have failed the interests of this country at a defining moment.

Instead of stepping up to the barricade, they were tending the allotment. And, tragically, – it was all so very predictable from the start.