‘This Happens to Other People.
and Then You Realise –
Other People are You’

The father of terror victim Jack Merritt celebrates his son’s prison reforming spirit and speaks out against the Government’s approach to religious radicalisation.

The father of Jack Merritt, who was murdered in last year’s attack at London Bridge, has said he is glad he intervened to counter the Government’s “crude” ‘tough on crime’ politicisation of the death, which he feared would be used to further the Islamophobic narrative around terrorism.

25-year-old Cambridge University graduate Jack was killed by Usman Khan on 29 November at Fishmongers’ Hall in central London. Khan had been attending an event by Learning Together, a programme in which criminal justice students help rehabilitate prisoners.

Jack, who had degrees in Law and Criminology and was passionate about prison reform, worked for Learning Together and had met Khan through the scheme. He had collected him from the station on the day of the attack.

Having been released from prison, on supervision, in December 2018, after serving half of his sentence, for terrorism offences, Khan killed Jack and his colleague Saskia Jones as the Learning Together event was underway, before running onto London Bridge in a fake suicide vest and being shot dead by police at the scene.

In the days afterwards, the murders – which occurred during the 2019 General Election campaign – were used by the Conservatives to push the party’s ‘tough on crime’ agenda. It was a message reinforced by sensationalist headlines in the right-wing press, which spoke of The Angels Stolen by Pure Evil. Infuriated by this, Jack’s father David Merritt posted a message on Twitter stating: “Don’t use my son’s death and his and his colleague’s photos to promote your vile propaganda. Jack stood against everything you stand for – hatred, division, ignorance.”

In an interview with Byline Times, Mr Merritt said that he had been warned by the Metropolitan Police not to use social media as it would identify his family, but that he is glad he did as he knew what Jack’s response would have been.

“I just thought ‘I’m not going to have this’”, he said. “I’m not going to have the narrative being set as let’s be ‘tough on crime’. It was such a crude response. There was no nuance in it, it was all about ‘we’ve got an opportunity here’ – that’s what Johnson saw, an opportunity to score some points and he did. I was also very concerned that the work of Learning Together would be damaged.

“Actually, it all turned out really well because it worked – it helped to shape that narrative. As far as I can tell, there’s not really been much in the way of anti-Muslim sentiment on the back of this and that’s really good. I am really pleased about that… [because] all these things, when politicians make these sorts of comments, have real world consequences – people get punched in the street, have their hijabs ripped off, are spat at and abused.”

Following Jack’s murder, the Government announced plans for “tougher sentences, an end to early release and a major review of the management of convicted terrorists” – something Mr Merritt said he disagrees with as it will result in people spending longer in overcrowded prisons with little to do and being further radicalised.

Jack left Cambridge University with the aim of becoming a barrister, but his work at Learning Together, which he had worked on as part of his criminology degree there, “really sparked his imagination”.

“He would say ‘we’re doing this course in prison where we learn with prisoners’ and we said ‘okay, that’s interesting, sounds a bit dangerous’ and he said ‘no it’s not’,” Mr Merritt told Byline Times. “He used to come home and be absolutely exhausted and he’d say ‘it’s such an oppressive atmosphere in prison, I can’t imagine what it would like to be in there all the time’.

“He was a very strong believer in rehabilitation and in people’s capacity to turn their back on the things they’d been involved with in the past and become better. He saw them as people and he got to hear about how they got to be there and what sort of lives they had led. He was very empathetic.”

There are around about 60 prisoners who will never be released, everybody else will be released. So the focus of the whole system should be on public safety and rehabilitation.

Mr Merritt said he would have many debates with his son about criminal justice issues in which Jack would “argue the prisoner’s side” and make the case for evidence-based policy.

The family had “no idea that Jack would have been in danger” on the day he died, Mr Merritt said. “Nobody on the course would have had any inclination that Khan was dangerous or he wouldn’t have been there. I didn’t know until then that some of the people who were doing the Learning Together course were convicted terrorists, it didn’t occur to me”.

He said the family was in disbelief when they heard Jack had died.

“When you hear the words you think ‘I can’t believe this, it’s not happening,” he said. “How did we come to be here? This doesn’t happen to us, this happens to other people. And then you realise that other people are you.”

Jack was helping Learning Together to expand into more prisons, but the programme is currently on hold following the incident at Fishmongers’ Hall. The family has received many tributes to him, including a number from the prisoners Jack worked with.

“Jack Merritt and the Learning Together team have given me hope,” one letter said. “They give me my self-esteem back and make me remember I am a person of worth. Hopefully one day soon I will go back into the world a more open-minded, educated person full of confidence.”

Another said: “Jack brought hope to us here, hope that we were not forgotten and that someone out there was working tirelessly to bring programmes and learning opportunities to those who it would really benefit. Whenever he was here he would always have time to stop and talk, to help where he could and always set you on the right path.”

One prisoner praised him for seeing “the person behind the prisoner without judgement”, while another said Jack “encouraged us to be the better versions of ourselves” in a “place where people don’t really believe in you”.

“When someone connects with you on a human level and shows interest in you as a person, regardless of your crime, this increases your self-worth, a vital ingredient for building hope,” another prisoner said. “And where hope resides, so does the ability to envisage a better life beyond prison.”

Police are still investigating whether Usman Khan could have had any accomplices, Mr Merritt said – including whether the attack was connected to the hate preacher Anjem Choudary as Khan was known to have been a supporter of Al-Muhajiroun, the group led by him.

“I do wonder if he did what he did, where he did it for maximum impact – choosing to attack people he worked with,” he said.

A number of questions remain, such as why Khan was allowed to come to London unaccompanied for the Learning Together event on the day of the attacks when this was against the conditions of his release on licence.

Mr Merritt said that the family is not in dialogue with anyone in Government about Jack’s murder because “how would it benefit them? I would just tell them that everything they’re doing is wrong”.

“At no point did we ever receive any contact, other than the offer of a conversation with Priti Patel, we received no letter, no email, no contact whatsoever from Boris Johnson or anyone else in Government. We got letters from the Mayor of London, Jeremy Corbyn, but they never contacted us.”

He said the family did not want to speak to Patel, the Home Secretary, because “she’s so reactionary and right-wing, so punitive and comes across as a very un-empathetic person”.

With a new social media following, David Merritt now regularly speaks out on politics and criminal justice matters and said his family wants to keep pursuing Jack’s passion for reform. They will see when and where they can help going forward. In the meantime, Hughes Hall, the college Jack attended at Cambridge University, has said it will use the donations received following his death to create bursaries for the criminology degree he completed there.

How has the family coped, with such dignity and strength?

“I don’t know, if I’m honest,” Mr Merritt told Byline Times. “I’ve never been in this situation before obviously and you don’t know how you’re going to react. We were lucky in that we’ve got lots of very, very good friends, and Jack’s friends are an absolutely amazing group of young people and his colleagues as well have been incredibly supportive despite being in trauma themselves. They were there on the day, they were in mortal danger and some of them saw things that you should never see. They just kind of closed around us and helped us.”

He hopes his son’s murder will make people think more about the issues he cared and gave his life for.

“I would like people to think more about how the criminal justice system works and what it’s for, about public safety because there are around about 60 prisoners who will never be released, everybody else will be released,” he told Byline Times. “So the focus of the whole system should be on public safety and rehabilitation to stop people from reoffending and causing more harm and that’s in all of our interests isn’t it?

“So if there’s a bit of nuance to be had it’s that and accepting that people can be helped to reform and that should be the focus of the system, and it’s a hard sell as people have very negative perceptions of people who are in that situation.

“And, of course, more focus on what we do about this problem of religious radicalisation. Where’s the next attack going to happen? It’s horrible to think about, especially having been on the receiving end, that it’s going to happen to other families.”

The Coronavirus Crisis: China Capitalises on COVID-19 By Blaming Foreigners

CJ Werleman, 30 March 2020
CJ Werleman looks at the international conspiracy theories being thrown around about the Coronavirus and how the Chinese Communist Party is using the pandemic to further its geopolitical goals.
Filed under:
Argument Reportage CORONAVIRUS CRISIS China Coronavirus Donald Trump Foreign Affairs Public Health United States of America 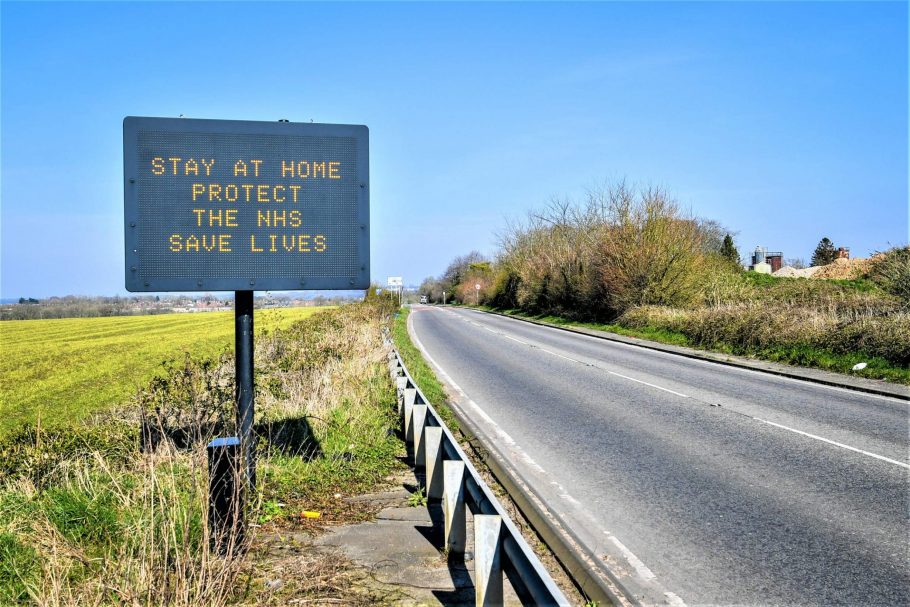