Three Years of Trump Conspiracy Theories Debunked: The Origin of the Russia Investigation

Caroline Orr on how the Inspector General’s report is bad news for the US President and his fake narratives around his extensive Russian ties.

The Department of Justice’s Office of the Inspector General (OIG) released its highly anticipated report on the origins of the Russia investigation on Monday, concluding that the FBI had “authorised purpose” to launch the probe into the Trump campaign’s ties to Russia and was untainted by political bias in its decision to do so.

The report is the culmination of an investigation launched by Inspector General (IG) Michael Horowitz in March 2018, following relentless partisan allegations of FBI misconduct.

During the 21-month-long investigation, the OIG reviewed “more than one million documents that were in the DOJ’s and FBI’s possession and conducted over 170 interviews involving more than 100 witnesses”.

There is… substantial evidence of wrongdoing on the part of Trump and many members of his campaign, including five who have been convicted of federal crimes, plus his former personal lawyer, Michael Cohen, who is currently in federal prison.

The exhaustive inquiry uncovered “no documentary or testimonial evidence” that political bias affected how the Russia investigation was carried out, the report states. The Russia probe was “opened for an authorised investigative purpose and with sufficient factual predication,” the OIG concluded, adding that the decision to launch the investigation “was in compliance with FBI policies”.

Perhaps most strikingly, the report flatly rebukes some of the most prominent conspiracy theories that have dominated both the president’s Twitter feed and the headlines of right-wing media outlets for nearly three years.

Here are some of the most notable findings, and the conspiracy theories they debunk.

The IG report reaffirms that the FBI did not use the findings from the so-called Steele dossier to start the probe.

The unverified dossier, produced by former British intelligence operative Christopher Steele, has long been fodder for right-wing conspiracy theories alleging that the FBI used unsubstantiated, anonymously sourced information as the basis for launching the investigation. Trump himself has repeatedly claimed that the investigation into Russian interference was predicated on a “fake dossier”, as has his lawyer Jay Sekulow and many fellow Republicans, including the chair of the Republican National Committee.

But, according to the IG report, investigators didn’t even become aware of the Steele dossier until weeks after the Russia probe had already started and it wasn’t a factor in the launch of the investigation.

“We determined that the election reporting from Christopher Steele played no role in the opening of [the Russia probe],” the report states.

The investigation was actually sparked when the FBI learned that former Trump aide George Papadopoulos had been telling people – before it was public knowledge – that Russia was in possession of hacked emails containing dirt on Hillary Clinton. This was reported previously by the House Intelligence Committee in January 2018, and reiterated in the new IG report.

Trump and his allies have engaged in a coordinated, long-term smear campaign targeting former FBI lawyer Lisa Page and former FBI agent Peter Strzok – both of whom were removed from the Russia investigation after a series of anti-Trump text messages between the two were uncovered.

As part of this smear campaign, Trump has sought to portray Page and Strzok as part of a politically motivated “deep state” plot to use the Russia investigation to bring down his presidential campaign. But, the IG report makes clear that neither Page nor Strzok were responsible for the launch of the Russia probe. 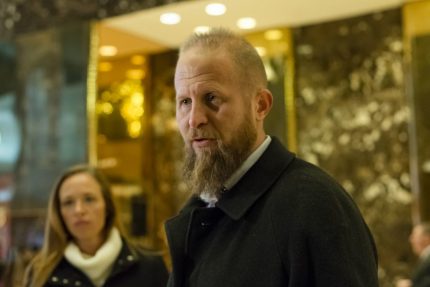 “[W]hile Lisa Page attended some of the discussions regarding the opening of the investigations, she did not play a role in the decision to open [the Russia probe] or the four individual cases [Manafort, Page, Flynn and Papadopoulos],” the report states.

As for Strzok, while he was “directly involved” in the decision-making process surrounding the investigation into the Trump campaign, “he was not the sole, or even the highest-level, decision-maker as to any of those matters”.

Trump made one of the most explosive claims of his presidency in March 2017, when he alleged – without any evidence – that his predecessor, President Barack Obama, had wiretapped his phones ahead of the 2016 US Presidential Election. He went on to compare the alleged wiretapping to Watergate, calling it “illegal” and referring to Obama as “bad (or sick)”.

Trump never offered any evidence for his salacious allegations and the IG report didn’t provide any corroborating to support the claims. Furthermore, the report notes that the FBI only sought permission to wiretap one member of Trump’s campaign – Carter Page.

Although the FBI eventually brought charges against multiple campaign members, the IG report states that there is no evidence that the agency sought or obtained permission to surveil any of those individuals, including former campaign chairman Paul Manafort, former national security adviser Michael Flynn, and former campaign advisor George Papadopoulos.

Furthermore, the report adds: “We did not find documentary or testimonial evidence that political bias or improper motivation influenced the FBI’s decision to seek FISA authority on Carter Page.”

Another explosive allegation made by Trump and his allies is that the FBI, acting under the direction of the Obama administration, planted a spy within the ranks of his campaign. This baseless claim eventually grew into a full-blown conspiracy theory known as “spygate” – a term Trump has tweeted at least 19 times.

The IG report debunks that conspiracy theory, stating that the FBI did not embed any sources within the campaign.

“We found no evidence that the FBI used [confidential human sources] or [undercover employees] to interact with members of the Trump campaign prior to the opening of the [Russia investigation],” the report states, refuting a related conspiracy theory offered up by Trump, which alleged that the FBI was “spying” on his campaign as far back as 2015. 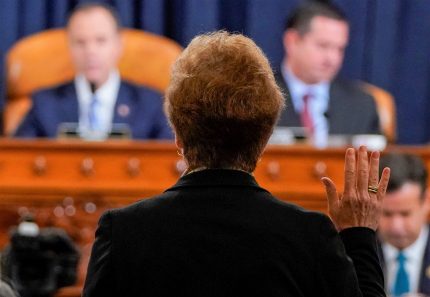 The OIG also “investigated allegations that the FBI used specific individuals” as spies, but found no evidence to support any such allegations.

Moreover, the report said that, although the FBI had “several” confidential sources “with either a connection to candidate Trump or a role in the Trump campaign”, those individuals “were not tasked as part of the” investigation.

One of those sources gave the FBI “general information” about Page that was already publicly available “all over the internet”, the report stated, adding that it “found no evidence that [the FBI] ever suggested inserting this [confidential human source] into the Trump campaign to gather investigative information.”

An additional FBI source “held a position in the Trump campaign”, but didn’t even tell the FBI about their position until after they left the campaign.

Ultimately, the IG report – which is actually the second such watchdog report looking into the Russia probe – doesn’t contain any bombshells or unexpected findings.

The investigation into the origins of the Russia probe was launched, not because of legitimate concerns of wrongdoing, but because of pressure from those peddling unfounded conspiracy theories.

The findings confirm what has been apparent all along: that there is no “deep state” plot to undermine Trump, nor did such a plot ever exist. There’s no evidence that Trump was the victim of a politically motivated scheme and there never was a group of “angry Democrats” out to get the President – contradicting at least 44 tweets in which Trump made that exact claim.

Trump is Encouraging a New Civil War – How Many Americans Will End Up Paying the Price? 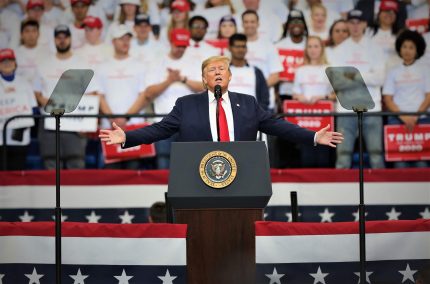 There is, however, substantial evidence of wrongdoing on the part of Trump and many members of his campaign, including five who have been convicted of federal crimes, plus his former personal lawyer, Michael Cohen, who is currently in federal prison.

For nearly three years, Trump and his allies have gone to great lengths to distract from the truth with an endless stream of conspiracy theories, seemingly unfazed as each and every one of their false narratives has been exposed for what it is. And even in the face of another harsh reality check, their embrace of outlandish claims continues unabated – this time, marked by the steady drumbeat of debunked allegations about Ukrainian interference in the 2016 election.

Zamaan Qureshi, 5 August 2021
Zamaan Qureshi explores new revelations from the Mueller probe into the leaking of emails hacked by Russian intelligence services to Wikileaks during the 2016 US Presidential election

US Foreign Policy For Sale: Thomas Barrack, Jared Kushner and the UAE

Zamaan Qureshi, 27 July 2021
After the indictment of the former president‘s ‘best friend’, Zamaan Qureshi ties together the web of links between the Trump Campaign and agents of foreign governments