With Michael Gove turning up at Channel 4, and threats being issued to defund the public service broadcaster, is his party trying to be Stephen Yaxley-Lennon or Vladimir Putin?

It used to be said that a week was a long time in politics but, in the digital age, three hours can seem like a decade and seven days ago feels like the mid-Triassic period.

News moves fast – too fast for most of us – and that opens it up to manipulation like never before. In the ‘blink and you miss it’ age of the meme and the emoticon, there’s little time for detail and people don’t much care for detail anyway. Which is why the Conservative Party, under the guidance of Australian campaign manager Isaac Levido and his twenty-something media strategy team from Topham and Guerin, are fighting it on a platform of mood, sentiment, narrative and carefully manipulated social media moments.

Take last Thursday. That evening, Channel 4 was hosting a climate change debate and had invited the party leaders to talk about the most pressing issue facing our planet. Jeremy Corbyn, Nicola Sturgeon, Jo Swinson, the Green Party’s co-leader Sian Berry and Plaid Cymru leader Adam Price had all agreed to attend, while Boris Johnson – in a manner not out of keeping with his other 55 years of life – was having commitment issues. Nigel Farage had also been asked, but the Brexit Party leader is as sceptical about climate change as he is about the risks of smoking and had spent the day playing golf instead.

Having confirmed that they weren’t coming, Channel 4 took the creative decision to replace both Johnson and Farage with ice sculptures, which proceeded to melt under the arc lights of the studio, even as the guests assembled in the Green Room. 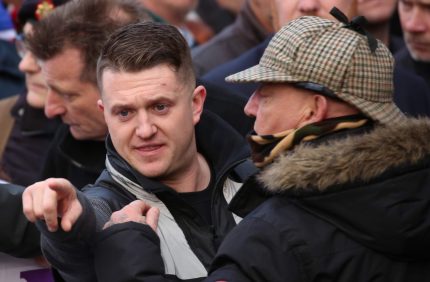 And then things started to go weird.

First of all, a Johnson did turn up – but it was the wrong one. Stanley Johnson, unelected to any political role and famous only by dint of having spawned Boris and his siblings – arrived at Channel 4 like a parent pitching up at his son’s rugby match, offering to put on a shirt and scrum down. Moments later, Michael Gove burst in through the front door of the news building, with a camera crew.

In a well-managed piece of faux guerrilla filming – which would not have been out of place in a Panorama-style documentary – Gove actually left the cameraman outside and marched straight into the reception, taking the boom operator and a third guy with him.

Prior to becoming one of Britain’s least loved politicians, Gove worked in television as a presenter including for Channel 4’s Stab in the Dark, a political satirical offering. He’s a hardened media professional, knows how to put on a show for the cameras and is well versed in doorstep journalism. The clear intent of this stunt was to upstage the debate itself and paint the Conservative Party as a victim.

This is how the video of the bizarre episode, later published on the Conservative Party’s official Twitter feed, plays out.

A Quiet Kind of Terror: What It’s Like to be the Target of a Far Right Witch-hunt 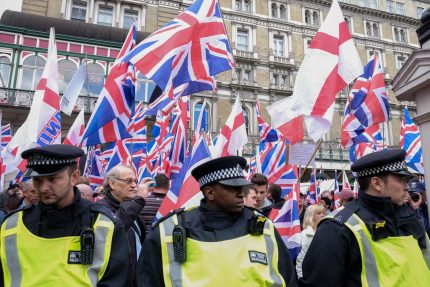 Having entered the building, Gove is greeted by Channel 4 Editor Ben de Pear. “Hello Mr Gove, we weren’t expecting you,” he says. Gove asks if he can take part in the debate and de Pear says he’ll go and ask the party leaders, but adds that there is a Spin Room and that Gove is welcome to be allocated time there. Gove – speaking clearly and quite obviously to the lines of what sounds like a rehearsed script – insists that he wants to take part in the debate itself. “All the other parties will be represented,” Gove says, trying to sound as rational as he can. “I think it’s only fair that we have a Conservative voice there as well.”

We then see Gove, remaining determinedly in view through the windows of Channel 4 News’ glass office building, pacing up and down. A few moments later, he exits the building and tells the waiting cameraman: “The other party leaders said ‘no’ they do not want a Conservative Party representative on the platform. They wouldn’t accept a Conservative voice and that means the ideas we have on the climate emergency… won’t be explained tonight.”

The camera crew, which arrived with Gove, then state: “Thank you Michael!” And the minister walks off as if he has nothing to do with them.

It’s nonsense to say that the other party leaders were no-platforming the Tories. Channel 4 had invited Boris Johnson on and Johnson – after considerable dilly-dallying – had not bothered to come. The suggestion that a Conservative was not invited was a deliberately false narrative. This was a leadership debate and Gove is not the party’s leader. He had given no warning that he was coming and sprung his professed desire to take part on the leaders of the other parties with just minutes to spare.

The stunt was entirely engineered to make Gove the victim; denied a voice by metropolitan television elites and the other party leaders.

All of this is eerily and worryingly reminiscent of the sort of short films put out by far-right criminal Stephen Yaxley-Lennon – known as ‘Tommy Robinson’ – Katie Hopkins and their imitators.

Here’s how those videos work. Yaxley-Lennon takes offence at something someone has said about him and sets out to doorstep them seeking an explanation. Having arrived, the live-streaming of the encounter starts and Yaxley-Lennon tries to seem sincere, friendly even. He challenges the person to “give examples of when I said something racist” or says he just wants to have a chat. 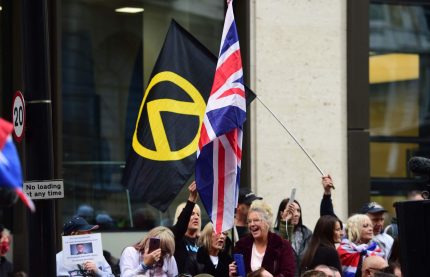 It is evocative of the door-stepping techniques used by respectable journalists, while turning the practice on its head – because the clear intent is to intimidate and seize control of the narrative.

In one incident in March this year, Yaxley-Lennon turned up at the home of Byline Times writer Mike Stuchbery and proceeded to shout through his door. He live-streamed it on Facebook and claimed that he was a victim who had been hounded by Stuchbery and was there to ‘expose’ him. In fact, Yaxley-Lennon’s sole intention was to menace Stuchbery. Bins were knocked over and doors rattled. Despite being sent away, he returned at 5 am and started all over again.

This mixture of apparent reasonableness mixed with underlying threat was also deployed by Gove when he turned up at Channel 4. His video was edited to depict the Chancellor of the Duchy of Lancaster as a wholly decent man, pleading for his party’s poor, dispossessed voice to be heard. But, in the same way that Yaxley-Lennon kicked over Mike’s bins, dark threats were being issued to Channel 4 by the Tories. A ‘Conservative Party source’ was letting it be known that Boris Johnson would be “reassessing” Channel 4’s broadcasting licence if it is re-elected.

That is the sort of thuggish behaviour beloved of Putin during his years purging Russia of dissenting media voices.

So, the Conservative Party currently seems to have an identity crisis: is it mimicking ‘Tommy Robinson’ or Vladimir Putin? Choices, choices.