SICK BUSINESS: Did Farage’s Leave Campaign have a Vested Interest in the NHS Being Dismantled after Brexit?

Stephen Komarnycykj examines how the Leave.EU supremos, Arron Banks and Andy Wigmore, could have an interest in dismantling Britain’s health service.

Arron Banks and Andy Wigmore, two of the key figures in Nigel Farage’s Leave.EU campaign during the 2016 EU Referendum, may have a vested interest in seeing the NHS replaced by insurance-based healthcare.

Banks and Wigmore have been highly critical of the NHS for a number of years, as have senior members of the official Vote Leave campaign, with the MEP Daniel Hannan describing it as a “mistake” on Fox News in 2009.

Last year, Hannan edited a report by the right-wing think tank, the Institute of Free Trade, which envisaged US health companies running British healthcare. The report’s co-authors included representatives from other think tanks, including the Institute of Economic Affairs (IEA), which recommended an insurance-based healthcare system.

However, the NHS and public healthcare in the UK already involve elements of private and insurance-based care and anyone with a stake in these companies might benefit if this model is expanded following a post-Brexit carve up of the NHS.

BANNON AND FARAGE’S ‘WORLD FOR BREXIT’
What is their Opaque New US Lobbying Group About? 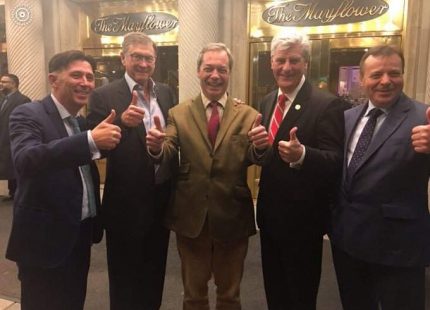 Andrew Bruce Wigmore is one of the officers of the UK registered Ballard Investment Company Limited which is a subsidiary of the insurance firm Aviva.

The Ballard Investment Company is, in turn, the parent firm of the UK registered firm Health and Case Management Ltd. The companies have shared several of the same officers at different times. Rhoslyn Moore, the financial controller of HCML, is an officer at both companies, as is HCML’s CEO Keith Bushnell.

The company provides “next generation rehabilitation services” for brain and spinal injuries and amputations. The firm’s case managers “work in partnership” with “NHS clinicians”, according to the section of the site aimed at insurers. The firm also focuses on providing services for people injured due to accidents and who are suing for compensation.

Bushell and Moore are also officers at another insurance-related healthcare provider, Excell Medical Reporting Ltd (EMRL), which identifies what treatment patients referred to it require. According to its site “any treatment recommended within an Excell report can be… arranged through a well-established rehabilitation company”. It seems that it is the gatekeeper for HCML and refers patients to it.

HCML and EMRL are the kind of provider and system many Brexiter visionaries envisaged for a post-Brexit NHS. They provide bespoke case management services to patients who have taken out insurance or who can pay, and this is linked to a major insurer such as Aviva. In the event of a switch to an insurance-based care system, these firms, and their parent company Aviva, would be well placed to develop their business.

The companies are linked to the heart of the Leave.EU campaign. Wigmore was an officer at his pal Banks’ firm, Eldon Insurance Services (EIS), until his 2018 resignation. EIS does deal with catastrophic injury claims and probably refers patients to HCML.

Banks is, of course, an advocate of NHS privatisation. Both he and Wigmore could see the businesses they are linked to grow with a shift to insurance-based healthcare in the UK. 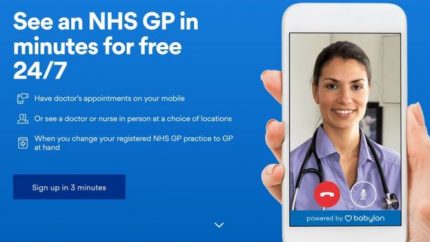 Advocates of a shift to insurance-based healthcare such as the IEA’s Kristian Niemietz argue that such systems deliver better outcomes. They mention Norway and Sweden, where patients pay for some treatment, but gloss over the fact that state provision in these countries is central to healthcare.

They praise healthcare systems in countries such as Germany and Holland, but these countries have a stable trading relationship with the rest of the world and a long history of this.

A post-Brexit Britain would have to strike what trade deals it could internationally with more powerful economies such as the US. Sir Mark Boleat, the ex-chairman of the City of London Corporation – who is ironically an officer at Banks’ Eldon Insurance Services – suggests that Brexit could result in a loss of £10 billion annually in tax revenue. Funding for the NHS would undoubtedly be slashed and it is unlikely that the insurance firms stepping in to fill the breach would accept a German-style cap on premiums.

Yes, there would be some excellent health services provided by the likes of HCML in this scenario. But only if you had the money to pay for them.