Where has the BBC’s Quest to Inform through Uncovering Truth Gone?

In the weeks before the Berlin Wall fell in 1989, the BBC’s news team went out of its way to show the world the factual reality of East Germans protesting for a better life. Does it have the same desire now?

What’s going on with the BBC?

It was a question which came to me again this weekend as I was watching a documentary aired by the public broadcaster in which John Simpson, its world affairs editor, recalled reporting on the fall of the Berlin Wall 30 years ago.

In the weeks before the concrete border separating Germany’s capital came down, Simpson recalled how East Germany’s official state television broadcast celebratory scenes of Gorbachev arriving there in October 1989 to mark the state’s 40th anniversary.

But, as the Russian President touched down, people were already out on the streets demanding change. Western news reporters, such as Simpson’s colleague Brian Hanrahan, were banned by the East German authorities from filming scenes of the thousands of protestors marching in Leipzig.

In the documentary, Simpson speaks to Mark McCauley, a news cameraman who had been with Hanrahan in Leipzig. With the BBC determined to show the world what was really going on, McCauley was sent undercover with a concealed camera – in a black bag with a hole cut out for the lens. The secret footage he shot of the protestors allowed Hanrahan to create, in Simpson’s words, one of the “most extraordinary reports ever filed from behind the iron curtain”. Weeks later, the Wall had fallen.

While this leaves some in the dark, it alienates more informed others who feel there is more sinister intent at work.

As I watched McCauley explain how they knew they were recording “history”, I wondered: where has that quest of the BBC to inform through uncovering the truth – what is actually happening – gone?

While it is still revered around the world and should be praised for a lot of its output, it is clear that some have started to lose faith in the public service broadcaster for its reporting of fact and truth – and this has serious consequences for democracy.

Two weeks ago, on its flagship debate show Question Time, presenter Fiona Bruce responded to a comment from a member of the audience concerned about the Vote Leave campaign’s electoral wrongdoing and the safety of the upcoming General Election by stating that “the Leave EU campaign… were cleared of a number of things”.

The Vote Leave campaign during the 2016 EU Referendum – headed by Boris Johnson, Michael Gove and Dominic Cummings – was found by the elections watchdog, the Electoral Commission, to have broken electoral law. Its findings have been referred to the Metropolitan Police and investigations are still ongoing. Leave.EU was a separate campaign during the referendum, led by Nigel Farage and bankrolled by Arron Banks.

Bruce had made a factual error on an important and legitimate point of public interest which could have been rectified ahead of broadcast as Question Time is not a live programme. But, when I contacted the BBC’s press office the next day for a response, it said it would not be commenting – leading to anger and dismay and, perhaps most significantly, the feeling that something was deliberately amiss, by many on social media.

This continued for a week, until a statement was released on the BBC’s ‘Corrections and Clarifications’ page, which stated that it had been a “genuine misunderstanding”. Fiona Bruce admitted the error later that same evening on air on Question Time, saying that she had “misheard the question and gave the impression that Vote Leave had not broken electoral law during the EU Referendum. That should have been picked up. In fact, it was fined £61,000 by the Electoral Commission”.

This was better late than never, although it now seems that a 10-page letter from the lawyers of Vote Leave whistleblower Shahmir Sanni demanding a correction may well have helped things along. 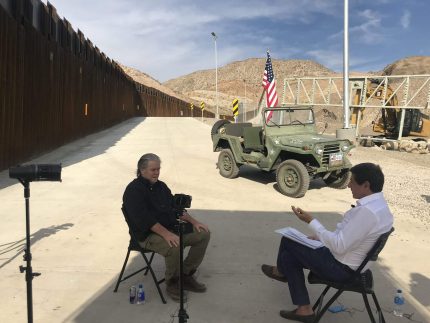 I found the BBC’s initial lack of comment odd, given that the press office had provided me with a lengthy statement this summer in defence of its interview with far right ideologue Steve Bannon, who was interviewed by journalist Jon Sopel sitting in front of a US-Mexico border wall being constructed using private funds, with a military truck between them. Many questioned the optics of the piece, as well as the content.

The BBC told me: “As a key former member of the Trump administration, Bannon led Trump’s inaugural presidential campaign and therefore it was legitimate to interview him about the rise of populism, Trump’s chances of a second term, the controversy around the wall with Mexico including the detainment of children, and the accusations of racist remarks against Democratic congresswomen. Mr Bannon was robustly challenged on his views and the actions of the President, as well as being asked to explain his relationship with Boris Johnson and Nigel Farage.” Except many felt that he wasn’t.

Why the BBC Matters

Today, we woke up to BBC Breakfast airing footage showing the Prime Minister placing a wreath on the Cenotaph on Remembrance Sunday. Except the footage used was from 2016 when, some will argue, Boris Johnson looked less scruffy and didn’t place the wreath on the memorial upside down.

The BBC has issued a statement saying that this was a “production mistake”, but what are we to make of this bizarre error?

With No. 10 continuing to block the release of a parliamentary report investigating Russian interference in the British political system, it is unlikely that we can call upon the broadcaster to press Johnson and his advisor Dominic Cummings on why.

As retiring Labour MP Ian Lucas – who has been looking into electoral wrongdoing, data misuse, fake news and social media on the Digital, Culture, Media and Sport (DCMS) Committee – told me last week: “The three people who were involved in a dishonest campaign in 2016 are about to be leading a dishonest campaign in 2019 and what I find astonishing is that they have not been held to account by the mainstream media in the UK. They are granting access to journalists who are not asking them questions that they should be and appear to be spellbound by the trappings of office.” 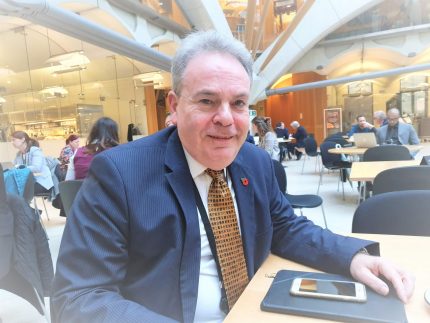 As we head into a General Election, all of this matters – more than ever.

For so many people across the country, the BBC remains their main source of news. When I speak to my parents about Vote Leave’s electoral wrongdoing or the Cambridge Analytica scandal, they always say that I know about these issues because of the work I do. They don’t know about these matters because they are not being told about them by the broadcaster they tune into every day. The BBC’s reputation and reach is still unrivalled and it is problematic when it doesn’t cover important matters of public interest in a prominent or ‘mainstream’ way. While this leaves some in the dark, it alienates more informed others who feel there is more sinister intent at work.

Ultimately, this comes back to the core aims of the BBC: to inform, educate and entertain. While I do not believe that the BBC should be telling its audiences what to think, it should be providing them with the tools which enable them to do so in an informed way.

In 1989, the BBC’s news team went out of its way to show the factual reality of those east Germans who had had enough and were demanding a better life. It’s in all of our interests to discuss where this desire seems to have gone.

Why is the BBC scared of the truth?