After Thatcherism and austerity, Brexit is the third part of a heist designed to wreck the social fabric of Britain, argues James Melville.

As we embark on a general election campaign, we are about to be subjected to a series of myths and disingenuous messages that will try and deflect from the harsh reality that our politics is out of control because our politicians have lost control of Brexit.

Many Leave voters voted to make things better. Many people who voted for Brexit did so for emotional reasons connected to hope. Leave voters wanted to jump into a time machine back to a Utopian Britain that may or may not have existed. Back to a time and place where Britain was a country full of hope.

Hope is a powerful thing. Politicians ruthlessly exploit it. And with Brexit, it has been exploited to such a high degree that it has become a political sting. Brexit is the greatest political heist that Britain has ever seen. A gigantic con led by a group of right-wing libertarians who have exploited the hopes of millions of people to convince them that they were taking back control, when in fact, they were giving control away to the people who conned them. So instead of making things better, Brexit will make things a lot worse. Britain will become a place where the hope becomes hopeless.

Brexit has become a Doomsday Cult 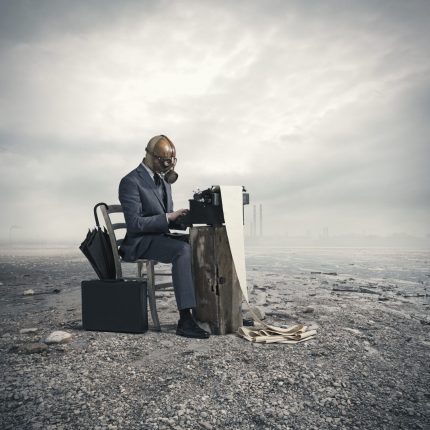 Many Leave voters feel disenfranchised. They are right to feel that, but they wrongly believe that the EU is to blame. The tragedy of Brexit is that the EU isn’t the source of the problems facing Britain. Instead, decades of UK government failures are the true problem. Failed economic policy, industrial strategy (or lack of), regional regeneration, social policy. All of which have created a society where the rich get richer and our communities and public services pay the price.

The hollowing out of Britain’s industrial communities and rampant privatisation by the Tories in the 1980s sowed the seeds of Brexit. It led to a giant fire sale of British industry, creating huge regional inequality and many of our communities have never recovered. Our industrial heartlands were decimated; towns became rust belts. In the years since the mid-1980s, the pendulum of hope has swung away from millions of people.

Fast forward 20 years to the financial crisis of 2008. I don’t remember a nurse, doctor, teacher, police officer or local council causing this crisis, yet, they were the ones who ultimately paid the price for unethical gluttony in our financial services industry. What followed the financial crisis was a decade of austerity with the destruction of many public services and a drop in real wages that created a new generation of poverty, a million visitors a year to food banks and a whole new cycle of resentment and the destruction of hope.

Between 2010 and 2019, the Tories even conned people into thinking that somehow “Labour spent all the money”. Despite nine years of austerity, the Conservative Government has added more to the national debt – £800 billion – since 2010 than every single previous Labour Government combined (£500 billion).

For four decades, millions of people within communities right across the country have seen a decline in their social fabric. The key community frameworks of a happy and stable society have been dismantled, de-funded or sold off. It has made many people unhappy, disenfranchised and, understandably, wanting something or someone to blame.

Sadly, it appears that many people have lost sight of the root cause of who to blame for this decline.

Millions of people have been manipulated by politicians and the media into mistakenly believing that their loss of hope was somehow the fault of the EU and immigrants. This was also wrapped around repetitive jingoistic messages about the pre-EU days of war and British Empire delusion. These messages have been hammered home by the Tories and right-wing media outlets for more than 30 years. Sadly, it has worked. Millions of people think that, because of foreign incomers or interference, they and their country have lost control. But, demonising the likes of the EU and immigrants is psychological projection.

Brussels isn’t to blame. The Romanians aren’t to blame. Jean-Claude Juncker isn’t to blame. The Muslims aren’t to blame. Remainers aren’t to blame. But I know who should be blamed. The ones who wear blue rosettes on election day; who wear bespoke pinstripe suits in Parliament; who have exceedingly good manners and faux politeness and who many people in Britain have a peculiar trait of forelock tugging towards. It is all a giant act of Tory manipulation. See through their veneer and the optics aren’t particularly pleasant. They are the ones that shafted this country. Not a Bulgarian immigrant looking for a better life.

17.4 million people with good intentions were hoodwinked by a bunch of political chancers who conned a nation to enable them to further their careers or feather their own nests (or the pound shorting nests of whatever hedge fund manager chum they happen to have an association with).

Jacob Rees-Mogg and the Brexiters’ Persistent Myths of Empire

Brexit is part of a 30-year planned heist designed for us to vote against our best interests. The tragedy is that millions of people still won’t realise or admit this and continue to blame the wrong things.

If you voted for Brexit, you may well have had good reason – such as concerns over the NHS, crime, employment, pay levels, housing, education. But, concerns over these issues are not the fault of the EU. It is the fault of government. And now Britain’s political system is being taken apart by the very rich and powerful against the best interests of the vast majority of UK citizens.

And so we are where we are. The great con-trick that wrecked Britain has three parts to the story:

During the next six weeks of what will be a toxic general election campaign, expect even more con tricks to be unleashed upon voters.