How Yemen is a Pawn in the Great Power Game

Jonathan Fenton-Harvey explains how the US and the UK are involved in the Saudi and Emirati carve-up of Yemen.

Recent peace efforts in Yemen have raised hopes for the war-torn country, that has suffered what the United Nations called the world’s worst humanitarian crisis, now in its fifth year of conflict. On October 14 Saudi troops arrived in Aden to secure control of the southern port city from southern separatists, to forge a peace deal ending their power struggle with government forces.

Saudi Arabia and the United Arab Emirates have shared regional foreign policy concerns with Iran, Qatar, Egypt, Libya, Sudan and elsewhere. Yet they have faced divisions over their ambitions in Yemen by supporting rival factions, which have further sabotaged the country’s stability.

In March 2015 Saudi Arabia led a coalition of Arab and African states against the Houthis and to restore the UN and Riyadh-backed government of Abdrabbuh Mansur Hadi. The Houthis previously launched a coup against the capital Sanaa’ in September 2014, eventually capturing much of the country and forcing Hadi into exile in Riyadh.

Yet the military intervention has produced undesirable results for Riyadh.  The Houthis have not only secured their position in northern Yemen, while drifting closer towards Riyadh’s regional nemesis Iran, they began firing more projectiles into Saudi territory from November 2017. This poses an increasing security threat to Riyadh, particularly with multiple attacks on the Abha civilian airport in June and July 2019.

While the Houthis are often considered an Iran proxy, Tehran’s support was limited early in the war. Yet Saudi Arabia’s bombing campaign has pushed the Houthis further towards Iran. This will give Iran more influence in the country’s politics, particularly in the north where the Houthis are the most dominant faction.

Meanwhile, the United Arab Emirates (UAE) launched a separate campaign in Yemen, firstly to push back the Houthis from the temporary capital Aden and other southern areas. It then operated a ‘counter-terrorism’ campaign against Al Qaeda in the Arabian Peninsula and Islamic State in Yemen. It had trained various militias to achieve this, notably the Security Belt, the Hadrami Elite Forces, Shabwani Elite Forces and the ‘Big Giants’.

Yet these militias have served the UAE’s ulterior motives, as they operate alongside the Southern Transitional Council (STC), a political organisation receiving heavy Emirati support, to achieve southern independence as per the pre-1990 boundaries before unification with Yemen’s north.

Abu Dhabi’s ambitions became more apparent after the STC launched a coup in Aden on August 10. The Emirati air force consolidated the STC’s control, on August 29 launching airstrikes against government forces after they had temporarily pushed the faction back, allowing the separatists to retake the city.

Ultimately, the UAE seeks an independent southern state to control the country’s strategic southern ports, including Aden, to significantly boost its maritime trade across the Indian Ocean and beyond.

Abu Dhabi perceives Hadi as an obstacle to these ambitions, despite joining the coalition under the guise of supporting his leadership. Hadi cancelled a deal coined in 2006 under President Ali Abdullah Saleh, allowing Dubai Ports World access to the Aden port. An independent southern government would facilitate Abu Dhabi regaining control of it.

Despite backing different actors in Yemen, both Riyadh and Abu Dhabi have so far managed these divisions, given their vocal support for a unification deal. The rivalry is more between their proxy factions, rather than the two Gulf Cooperation Council states themselves.

Saudi Arabia needs the UAE’s alliance to legitimize its intervention, while Abu Dhabi’s campaign has only been possible under the guise of joining Riyadh’s coalition.

They had previously secured such compromises in Yemen. In January 2018 clashes between separatist and government forces erupted in Aden, which was quickly resolved. Then UAE-backed forces in May increased their presence in the geostrategic island of Socotra, which Yemeni ministers slammed as an ‘occupation’. Saudi Arabia had managed to negotiate a partial withdrawal of Abu Dhabi’s troops.

The Support of the US and UK

Saudi and Emirati interference in the country has freedom to continue due to the significant international support for their cause, particularly vast weapons sales from the United States, United Kingdom and France. Karen Pierce, UK Permanent Representative to the UN, at the Security Council briefing on the situation in the Middle East praised that “the Houthis would cease strikes on Saudi Arabia,” while not mentioning Saudi Arabia’s role. This echoes past statements from UK officials towards Yemen, where it has avoided addressing its close ally Riyadh’s intervention.

This has clearly undermined peace efforts, as analysts such as Marieke Brandt argue that the Houthis largely mobilized due to grievances such as outside interference in Yemen and corruption. Therefore, tensions between the Houthis and Saudi Arabia/the Hadi government have not been fully dealt with. 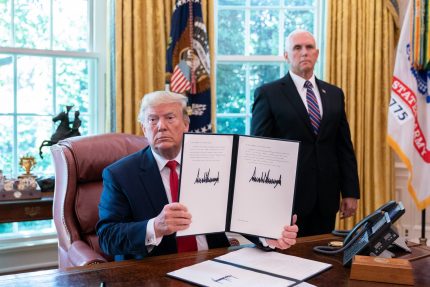 The United States’ Senate and Congress had passed bills for Washington to halt support to Saudi Arabia, which Donald Trump has repeatedly vetoed. As Saudi Arabia is reducing its airstrikes, Western political figures may feel there is less urgency to curtail arms sales if pressure decreases. To secure its influence in Yemen through less damaging means, Riyadh could further utilize the soft-power strategy it has pursued, shoring up the Hadi government and building networks within the country, to keep Yemen dependent on Saudi support.

Should a peace deal between the Hadi government and the STC hold, it could still face challenges as the STC retains pro-southern independence wishes.  Hadi and the UAE still have enmity, with Hadi previously calling Abu Dhabi an “occupying power”, after the UAE’s attempts to undermine his leadership. Furthermore, despite the UAE withdrawing some military forces on June 28, this was diplomatic cover to continue its covert support for southern factions, which it has not yet renounced. Such actions could sabotage future peace efforts.

While the UAE backs the STC, other southern secessionist movements exist including those seeking governorate autonomy. Some oppose Emirati and Saudi influence in the country. Along with the UAE’s desire to secure its crucial alliance with Riyadh, this could further hinder Abu Dhabi’s ambitions in southern Yemen.