Duncan Campbell considers what the end of the UK’s participation in the European Arrest Warrant will mean for people involved in organised crime being brought to justice.

Shane O’Brien, who was convicted of murder at the Old Bailey on 1 October, spent three-and-a-half years on the run in Europe before he was tracked down.

After fatally slashing a young man named Josh Hanson in a west London bar in 2015, O’Brien fled to the Netherlands and subsequently hid out, first in Prague and then in Romania, before he was finally caught and extradited to the UK.

There are literally hundreds of British criminals on the run at any one time. The ones with the highest profiles can be seen on the National Crime Agency’s website under its ‘Most Wanted’ section. The owners of the current 25 mug shots there are wanted for everything from murder and rape to fraud and a travel agency scam, but they are mainly drug traffickers and dealers. There is only one woman among this collection of “do not approach” chaps.

For this crew – and for all future artful dodgers – Brexit, whether hard or soft, deal or no deal, would prove a godsend.

Even if the rest of the country suffers economically, at least one major British business that gives employment to many would flourish: organised crime.

However much the Government huffs and puffs about law and order, Britain’s departure from the European Union would be warmly welcomed by the criminal fraternity.

Since the introduction of the European Arrest Warrant (EAW) legislation in 2004, whereby each EU country co-operates in returning wanted criminals to other EU members, tens of thousands of fugitives – many of them British – have been sent back to their own countries to stand trial or to complete their sentences.

It was through this legislation that Shane O’Brien was dispatched from Romania in March to stand trial in Britain. Another wanted man tracked down in this way was Jamie Acourt, one of the suspects in the Stephen Lawrence murder, who was on the run on a drugs charge, picked up by the Spanish police as he left a gym in Barcelona last year and hoisted back under a EAW to get a nine-year sentence for a drugs conspiracy at Kingston Crown Court.

All of this close co-operation would inevitably come to an end with Brexit.

Earlier this month, the deputy assistant commissioner of the National Police Chiefs Council, Richard Martin, the officer in charge of planning for a ‘no deal’ Brexit for the police, said that “we are ready to use alternative arrangements to the current EU tools and powers, but they are not like-for-like replacements… In all cases, the replacements are slower, less effective, and more bureaucratic for officers than our existing set-up.”

VIOLENCE, DRUGS, TERROR
A Day in Court with our Top Conservatives 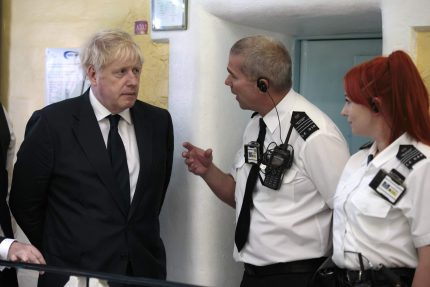 And it is not only British criminals on the run in Europe who will benefit but European criminal fugitives currently in the United Kingdom.

Last year, more than 1,400 criminals from elsewhere in Europe were held in the UK on behalf of police in their respective countries. That power, too, would come to an end with Brexit, making it easier for foreign criminals to remain in Britain.

Most British fugitives still choose Europe – mostly Spain or the Netherlands – as a first port of call, although the days when the “Costa del Crime” flourished as a reliable bolt-hole for British bandits passed a long time ago.

In 2014, the body of a young Liverpudlian named Francis Brennan, wrapped in white plastic and bound in black duct tape, washed up on the beach of La Zenia in Alicante. Brennan was on the run having skipped bail in the UK, where he was about to be sentenced for stabbing a man at a Swedish House Mafia concert in Milton Keynes. He had been tortured before being killed and dumped at sea and his murder was seen as connected to drug dealing.

His death was a reminder of the part that Spain has played as a hiding place in the wake of the collapse in 1978 of the extradition agreement between Spain and the UK. The agreement was reinstated in 1985 but was not retroactive and thus Spain was established as the place for the smart villain to disappear. 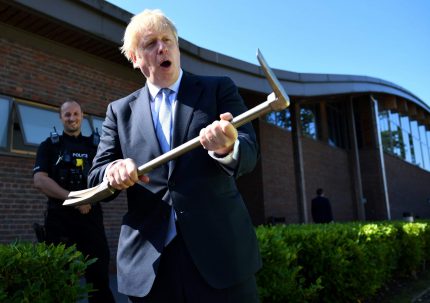 Then, in 2004, came the European Arrest Warrant and, two years later, Operation Captura – a scheme coordinated by Crimestoppers, alongside the law enforcement agencies in Spain and the UK. Captura also had a “most wanted” list of fugitives, along with descriptions of them right down to their tattoos. Of the 96 people named by Captura since 2006, 84 have been captured and returned.

Jason Coghlan, a former armed robber from Manchester who started a Marbella law firm, JaCogLaw, to cater to ex-pats in trouble with the authorities, said in the wake of some of those arrests that Spain was a daft place to hide: “If you’re a villain on the run in Spain, you’re just in a queue waiting to get nicked.” He thought the tip-offs that led to the arrests of Britons generally came not from sharp-eyed members of the public spotting a chap with a dodgy tattoo but from other members of the underworld. “If someone throws their weight around and makes a nuisance of themselves, that might lead to a tip-off,” he said.

After Captura’s success, similar operations were launched in the Netherlands (Operation Return) and Cyprus (Operation Zygos). Now, in the wake of Brexit, hiding out in Europe will become that much simpler.

Whatever arrangements are patched up between the UK and the EU, the relationship between the various law enforcement agencies established over the past 15 years is likely to slide. This means that, even if the rest of the country suffers economically, at least one major British business that gives employment to many would flourish: organised crime.

British criminals on the run may feel that they have had a raw deal under the EU. Now, finally, they will be able to take back control.