Goodbye to All That

Mike Stuchbery explains his decision to leave the UK.

I often have problems with memory, but this one is clear.

I’m in a hotel room in Stuttgart, watching television after a long-haul flight from Australia. It’s the opening ceremony of the 2012 London Olympics. The stadium is a riot of colour and laser light, Underworld thuds on the soundtrack and it’s all a bit transcendent, the volume turned way up. The world is watching, and they’re getting one hell of a show.

Here’s another one. I’ve been for a job interview for a teaching gig at yet another struggling academy, this one in Romford. As the train pulls into Liverpool Street on my journey home, I make the decision to get off and just start walking the streets around the station. It’s my first time in London since I was a small child, and now, in my mid-thirties, I’m in awe at the size, the grandeur, the throbbing life of the city. I’m actually weak at the knees.

Another. I’m standing outside the gates of a school in Lowestoft, watching kids file in at the start of the school year, many in patched, musty uniforms. Some are practically grey-skinned, drawn and gaunt. Later, I find out that some of them have only had one meal a day during the holidays.

Here’s one more. It’s the day of the EU Referendum and I’m watching as a stream of middle-aged, tired-looking folks file into the church hall to cast their votes. Things are subdued – Jo Cox was murdered just a few days before – yet there’s a firm set to their mouths, a quiet kind of seething.

My clearest memory of my five years of England, however, is this. I’m at the ‘Day for Freedom’ event in May 2018, the largest far-right rally in the country for a decade or more. I am there anonymously, this being a time before I started to be recognised. ‘Tommy Robinson’ is the star attraction and, as I wait for him to take to the stage, constructed just metres from 10 Downing Street, I’m struck by the barely-restrained anger of the mostly white, older crowd who have been made to think they’re somehow the oppressed ones.

There’s indistinguishable jeering, shouts and Union Jacks, ‘For Britain’ banners and the lambda of Generation Identity waves high above the crowd. I see a few young girls wearing the hijab try to scurry past a corner of the crowd without being noticed, but to no avail – the loud, prolonged jeers are feral, animal and the hairs on my neck bristle.

I’m under no impression that things were alright when I came to the UK. Poverty, inequality, lack of opportunity, racism, ignorance – all of these were present for decades, souring the lives of generations. The UK has never been the shining beacon of liberty and justice it has represented itself and been seen as. It was far from perfect when I arrived in 2014.

Yet, I do know this. During my five years in England, something broke and a thick, dense darkness seeped out. Whether that fracture was deliberate or simply the result of titanic societal pressures, I cannot say. The UK of 2014 and the UK of 2019 are distinctly different. It is now a colder, darker place, and headlines that may seem like they came out of a dystopian fiction now blurt out as notifications on our phones daily.

There’s that fundamental split in society – Remainers and Leavers, having subsumed Left and Right in many ways. Politics can now largely be described as a martial and apes World War Two Boy’s Own view of reality. A fantasy of a plucky island under siege seems to captivate a significant part of the population.

Europe is a boogeyman, Europeans in the UK are considered second-class, a lesser sort. Many don’t believe the tales they hear of families potentially torn in two, of people having to leave the country after decades of contributing to it. If they do, it’s worth it to “take back control”.

Again, I’m not so blind or naive as to suggest that this is all the fault of the referendum, that such ugly sentiments did not exist before. What I am confident of, however, is that they were encouraged and fed – brought from under the rocks into the light by what was a profoundly ill-considered, almost criminal decision.

The fatal weakness of the English, I believe, is their arrogance – their belief that the same cultivated hatreds that tore other nations apart and launched bloody genocide won’t have the same effect on them. Those that try to hold up a mirror to the past are mocked and scorned.

But, here we are, facing the proroguing of Parliament at the hands of a buffoonish populist, a man fired by employers for deceit, who won’t even tell us how many children he has. Alongside him, an unelected bureaucrat terrorises anyone who gets in the way and strips anyone who speaks against him of their career. In the Cabinet, petty authoritarians and opportunists make dark noises about policing, schools and migration, turning the country inwards, making it fear itself. We’ve been blindsided.

How much darker, how much colder will things get? Where will the fear lead the UK? Will it destroy it?

It’s time for me to go. My wife is German and we’re relocating back to Stuttgart. We simply don’t have it in us to jump through the hurdles that will be required for us to stay – not when the end result is permission to stay in an increasingly isolated, disintegrating society.

I hope I’m wrong. I hope that when I look at the UK in years to come, it throws off the dark mantle of hatred and fear that has settled over it. I hope that the forces of fascism, gathering strength just under the surface, don’t claw away the foundations of British democracy. I hope I look back at these words and think I was slightly hysterical.

Thing is, I don’t think I will. I do have problems with memory. Allow me, then, to remember the UK the way it was, before all of this. 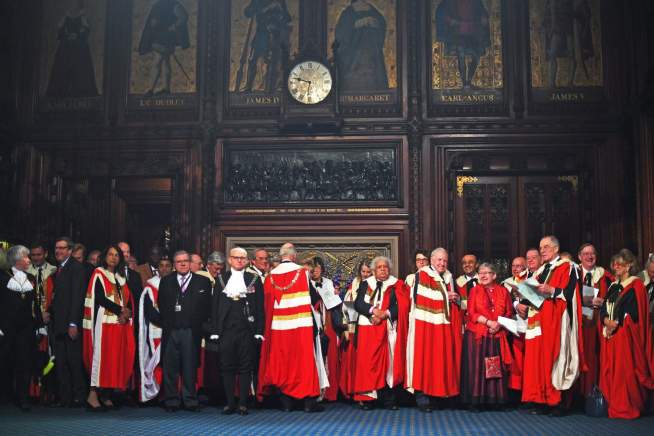