Will Cologne’s cathedral, which was centuries in the making, ever be considered to be truly ‘finished’? Maybe nothing we build ever is.

When is a task finished? How do we know when to down tools and draw a line under our work? Can our constructions ever said to be truly complete?

These are all questions brought to mind when I take in the spires of Cologne’s cathedral.

I’ve never been fortunate enough to experience the Gothic grandeur of the Kölner Dom from the inside, but have spent enough time face pressed to the window as I pass by on a train, to be well and truly in awe of the place.

Awe is what Rainald von Dassel, the 12th Century Archbishop of Cologne, had in mind when he returned to the city in 1164.

With him, he brought the supposed remains of the biblical Three Kings, looted on campaign for the Holy Roman Emperor Frederick Barbarossa. It soon became clear to all throughout the Archbishopric that the existing, romanesque cathedral wasn’t glorious enough a receptacle for the relics.

Nothing worth doing is done quickly, however, and it was almost a century later that the foundation stone of the cathedral that we see today was laid, by Archbishop Konrad von Hochstaden, in 1248.

For the next three centuries, the cathedral acted as both mother church for the city, and a bustling building site, scaffolding swarming with masons and glaziers, working to the plans of a series of master architects drawn to the project.

Generations of Cologne’s citizens lived and died knowing the sound of mallets pounding stone, cries to workers working high on stone buttresses. Indeed, it must have seemed to some, that this was a project that could rival the Tower of Babel.

Despite the masses of pilgrims arriving at the cathedral, however, construction would eventually halt in the late 15th Century due to a combination of funding issues and events sweeping across the German lands.

The next 300 years across Europe could, charitably, be described as turbulent.

First, the Protestant Reformation arrived in the opening decades of the 16th Century, followed by the utter devastation wrought by the Thirty Years War in the 17th.

Art and Disaster: ‘The Delft Thunderclap’

Cologne wasn’t immune from the depredations of either. While it was spared the worst of the destruction visited upon other areas in Germany, there were problems with plague, war on its doorstep and the attendant economic instability.

Thus, the building site that was Cologne cathedral lay dormant for centuries.

High atop the south tower, a crane first erected in the 14th Century seemed to mock and frustrate the inhabitants of the city – a reminder of their failure to complete the construction of their crowning jewel.

It stayed there for around 500 years.

It wasn’t until the late 19th Century that the cathedral was considered to be ‘finished’.

A wave of German nationalism and a surge of interest in a supposedly glorious medieval past inspired the people of Cologne to finish building the cathedral, according to the plans of its medieval architects.

The crane on the south tower was used one last time to haul stone, then taken apart, as new scaffolding reached higher into the sky.

Building took place over almost 40 years, from 1842 until 5 August 1880, when Emperor Wilhelm I presented the ‘completed’ building to the nation amidst much pomp and ceremony.

For the next 60 years, the ‘completed’ cathedral would act as a symbol of national pride and cohesion, featured in paintings, prints and other souvenirs sold to the streams of visitors.

The cathedral would be badly damaged by Allied bombing in the Second World War. Since then, once again, the site has almost constantly rung with the sound of construction, as weak stone is replaced, foundations are reinforced and windows refurbished.

Recently, the cathedral’s team of conservators and restoration specialists have identified a new threat that needs dealing with. Urine and vomit from drunken city-dwellers has been found to be eating away at the stone around the cathedral’s base.

Therefore, a new programme of replacing stone and installing deterrent systems has been put in place, to much fanfare and public education campaigns – all costing the archdiocese millions of Euros.

Perhaps Cologne’s cathedral will never be considered to be truly ‘finished’. Maybe nothing that we build ever is. We’ll always have to be shoring up something that needs support or replacing a part not fit for purpose.

When is a task finished? How do we know when to down tools and draw a line under our work?

The older I get, the less this idea bothers me. It’s not so much the tasks we complete that matter in life, as the fact that we’re put to work – improving, mending and playing our part. Given meaning by something bigger than our immediate needs.

Cologne’s cathedral is glorious. A glorious symbol of the city and a medieval treasure. But, perhaps the real wonder of it all is the thousands of lives spent in its planning, building and worshipping.

POST-COVID CULTURE: Opening Up or Closing Down?

Stephen Unwin, 10 July 2020
Following the Chancellor's lifeline in funding for the culture and heritage sectors, Stephen Unwin considers whether this will usher in a real ‘levelling-up’ of the arts across the country
Filed under:
Culture Arts Brexit Coronavirus UK Politics 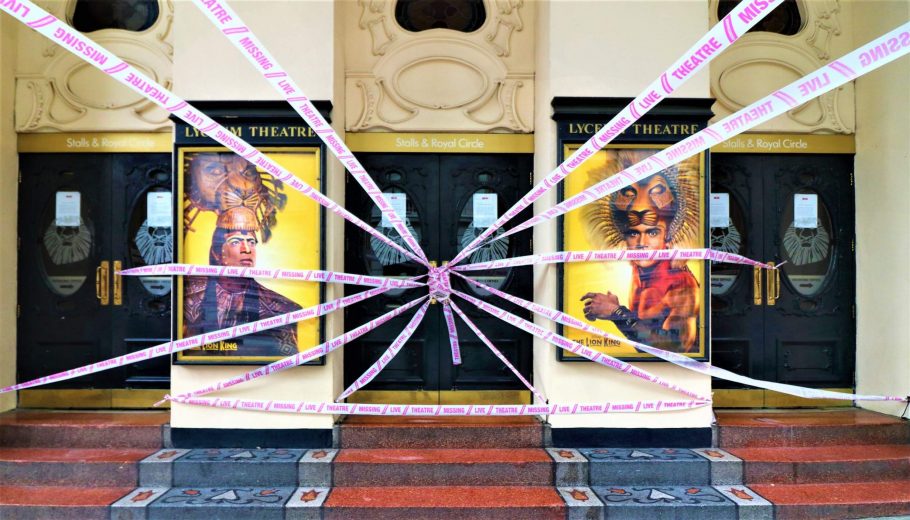