The Art of Dying – A Medieval Blockbuster for Terrible Times

Mike Stuchbery recently found himself in a German hospital. While stern-faced medicos issued dire pronouncements about what might have happened had he continued his daily routine, he spent hours reading one of the first printed bestsellers – a book on how to die properly.

The Ars Moriendi – The ‘Art of Dying’ – is one of those texts we can’t definitively ascribe to an author, but it has been suggested that it emerged from one of the great monastic institutions of Europe during the early 15th Century.

With the arrival of the movable type printing press in the middle of the century, it was among the first texts to appear in cities like Strasbourg, Frankfurt and Mainz in bound, printed form.

There was certainly a market for it.

THE UPSIDE DOWN: Dead Centre – the Collective Avoidance of Dying

Much of the continent was still reeling from the effects of the Black Death, the Hundred Years War and any number of resulting famines. While death had always been a presence in the lives of people, now it was everywhere, inescapable.

One only need look at the shift in much of western art, a change towards depictions of rotting corpses, skeletons and death personified, to understand what was on their minds.

In the mind of medieval Christians, unless they managed to ‘die well’ having made peace with God, they would be consumed in the hellfire featured in the ‘doom paintings’ that started appearing in English churches.

The original version of the Ars Moriendi – a condensed version was published later – could be described as consisting of two main parts.

The first was directed at the dying person. It attempted to give comfort to them, while ensuring that their thoughts were on Christ, as saviour. Four temptations were outlined to be avoided: losing faith as life ebbed away, pride, greed and impatience.

The second part was directed at those around the dying individual – instructions for what to provide, how to behave, how to ease the passage of the dying. Piety, decorum and a loving approach were stressed as of utmost importance and all thought needed to be on God to ensure an easy passage.

Accompanying the text in most editions, working as vivid visual aids, were a series of woodcuts that demonstrated what was going on, spiritually, around the deathbed.

While there are differences between editions, most used the motif of devils and angels surrounding the dying individual, engaged in a kind of cold war until they drew their last breath.

These woodcuts elevated the text from what could be considered a rather dry treatise to a rather striking lens through which to focus one’s thoughts.

Today, editions of the Ars Moriendi can be found in the collections of museums and libraries around the world, including in the British Museum.

In the decades and centuries following the publication of the text, imitations and revisions popped up across the Continent, reflecting new religious ideas that were emerging.

In England, the text Holy Living & Holy Dying by Jeremy Taylor emerged in the mid-17th Century and would go on to inspire generations of thinkers, theologians and poets. We all feel its influence, even if we’re not entirely aware of it.

As for me, next time I feel deathly ill, I’ll be packing my hospital bag with a fly swat and some bug spray – I’m not going to let either those angels or devils take me without a fight.

The Coronavirus Crisis: Apart From That

Social Distancing With Scarlet Fever: COVID-19 Brings Back Memories of my Mother’s Childhood Isolation in a Fever Hospital 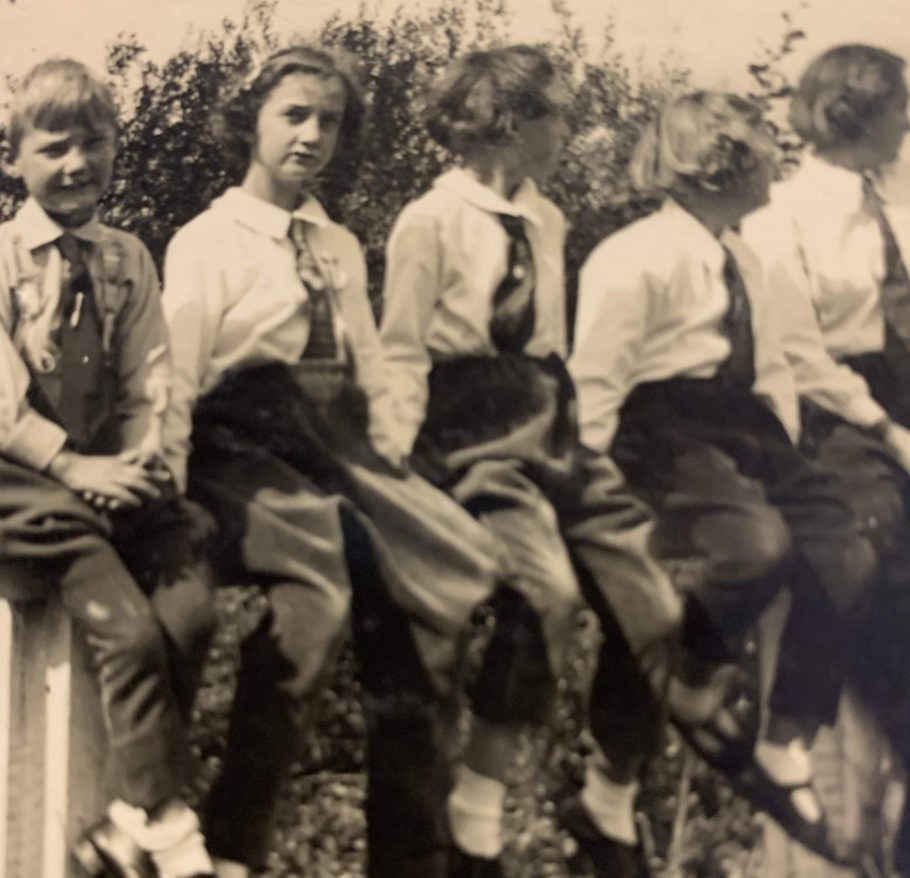 Love in a Time of Lockdown: How the Coronavirus is Adapting Dating Habits

Douglas Whitbread, 1 April 2020
What is social distancing doing to all those hook-up apps and sites? Douglas Whitbread reports on how new-found values of Platonic love and friendship are dominating.
Filed under:
Culture CORONAVIRUS CRISIS Coronavirus Public Health