Byline Times provides a profile of twenty of Nigel “Man of the People” Farage’s candidates for this week’s Euro Elections, and they look very much like the elites he rails against.

The Brexit Party candidates for the Euro Elections reveal a common thread of a moneyed elite, big business and finance.

Out of these 20 profiled candidates, 18 are company directors, 8 are bankers, 5 work in derivatives and hedge funds, ranking them among a metropolitan and business elite which the Brexit Party rhetoric repeatedly condemns

Many of these candidates are involved with hedge funds or derivatives, sectors of the financial industry were the ones who profited from the Brexit turmoil, by betting on Sterling’s collapse and downturns in British firms. These organisations are known to oppose EU attempts to regulate the hedge fund industry.

Two of the candidates are directors of Leave Means Leave, the organisation promoting a hard  (WTO) Brexit.  Another is a director of the Leave group Veterans for Britain which received donations from Arron Banks and from Leave.eu.   Others have links to Far Right groups which are already fomenting tensions, such as the American right-wing youth group, Turning Point; the website Westmonster, and UK organisations  such as the Tax Payers’ Alliance

You can download a PDF of this candidate list here. Byline Times will be updating this compendium of the Brexit Party’s Great and Good, so do contact news@bylinetimes.com with any additions or corrections.

Longworth is a director with Richard Tice of the hard Brexit  Leave Means Leave campaign. He is a business consultant, and was director-general of the British Chambers of Commerce from September 2011 until March 2016  when he left due to a difference of opinion over Brexit.  He was until 2016/17 a director of soft-drink manufacturer Nichols plc and the UK-India Business council.

Together with Arron Banks, Tice is one of the founders of Leave.eu, which has been fined by the  Electoral Commission with regard to illegalities in the 2016 Referendum campaign. He is co-director with John Longworth, a candidate in Yorkshire and Humber, of the hard-Brexit backing Leave Means Leave group. In May 2019, he was appointed to the board of the Brexit Party

Tice is chief executive of Mayfair-based asset management group Quidnet Capital Partners LLP, which has around £500 million of property under management.  Prior to joining Quidnet, he was CEO of real estate group CLS Holdings, a  multi-national property investment group with over £1 billion of assets. Whilst in that role, he led the planning applications for two 50 storey residential towers in Vauxhall.  He is said to be friendly with Leave-supporting Vauxhall MP Kate Hoey. He set up a £100 million investment fund for commercial property outside London.  According to the Bad Boys of Brexit website, some of his property developments have attracted controversy. He has made his money over 30 years in the international property business and was previously chief executive of Sunley Group, a privately held property development company. He is the grandson of the property developer Bernard Sunley.

Lane-Nott is a is a director of Veterans for Britain which strongly advocates leaving the EU. Veterans for Britain received funding from Arron Banks, and from Leave.eu. He was previously a Royal Navy Rear Admiral. Since retiring from the Navy, he has worked for Formula 1 motorsport and served as chief executive of The Industry Technology Facilitator, (previously known as  Centre for Marine and Petroleum Technology).  According to his Linked In page, he works for the Agricultural Engineers Association, a trade group which serves the interests of, among others, tractor manufacturers.  Companies House records state that he has been a director of two other trade bodies, the Association Of Manufacturers Of Power Generating Systems and the Milking Equipment Association Limited. He resigned from all of these in 2014.

Farmer is Head of Turning Point UK, a Far Right student pressure group originally founded in the US. He is engaged to Candace Owens, communications director of the US Turning Point.   He is a commodities trader & co-director with his father of  Red Kite Capital Management LLP  – $2.3-billion hedge fund trading in metal  – said to control 87% of the copper traded at the London Metals Exchange.  At Oxford, he was a member of the Bullingdon club.  His father is  Lord Michael Farmer, known as Lord Copper,  former Tory Treasurer and donor.

Michael Heaver, 29, standing in the East of England.

Heaver is co-director of Westmonster, the Leave-backing website funded by Arron Banks, that publishes material from American alt-right. The other director is Liz Bliney, a director of Leave.eu.

Rowland is a hedge fund manager,  who previously worked at  Odey Asset Management,  the firm of Brexit-backer Crispin Odey (who gave £900,000 to the Leave campaign and then made over £200 million betting on the devaluation of the pound). Rowland is Director of Bowdon Capital  he is set to launch a new hedge fund soon, according to Hedgemaven. Mr Rowland’s American wife runs a Chelsea celebrity hair salon. He  is also a director of Digme Fitness  and Tickets for Troops (Samantha Cameron is a  patron).

Taylor is a private equity specialist with 22 years in investment banking. He is Managing Partner,  Rockpool Investments LLP (Nicola Horlick is also a director). Rockpool services include inheritance tax planning.  From 2001 – 2011 he was a director at the venture capital firm Foresight Group LLP, which has offices in the Shard.

Paul Joseph Hearn, 61, standing in the East of England.

Lowe had a long career in banking and financial services. His Bloomberg profile  states that he has worked for  a number international banking organisations. He  was managing director at DBMG Futures and Options Limited, a subsidiary of Deutsche Bank.  According to Companies House records, he is a director of the London International Financial Futures and Options Exchange  (LIFFE) Administration and Management, and a slew of other companies. He has recently been appointed to the board of Proton Partners International,  a company developing advanced cancer therapies.  He is the former  Chair of Southampton Football club and  has been a director of both the Football Association and  Wembley Stadium.   He owns a farm in Gloucestershire.  Rupert Lowe is, together with Robert Rowland, a director of Digme Fitness[MH1] .  Rupert Lowe stood for election as the Referendum Party candidate for Cotswold to the House of Commons in the 1997 general election. He is reported as having taken an active role in the 2016  Vote Leave campaign.

Shore is a corporate finance and private equity specialist. He is a director of Shore Capital, and a director of various  Puma Venture Capital Trusts.  He is also director of a string of other companies, including St. Peter Port Capital, an AIM-quoted fund. He was previously a consultancy partner of Touche Ross (now Deloitte LLP). According to the Companycheck website,  the net worth of all the businesses of which he is a director totals £62.8 million.

Marcus describes himself as a private investor, stock trader and political commentator. He describes his political views as centre-right.  He was a founder of The Boxing Academy and has previously been a Conservative councillor in Camden. He ran as a Conservative Parliamentary candidate for Hampstead and Kilburn in 2015.

A’zami is a corporate finance and management consultant.  He helps companies to list on the AIM  and is interested in blockchain technologies. He is a member of the Chartered Institute of Securities and Investment (MCSI).  He is a director of a handful of small companies, including the Cancer Healing and Research Trust, which names as a fellow-director Heather Bird Tchenguiz, ex-wife of billionaire property tycoon, Robert Tchenguiz.

Pugh has 35 years’ experience in the capital markets and is an expert witness in complex capital markets lawsuits.  He is an expert commentator on derivatives trading including on exchange operations and takeovers, as here, where he was a speaker at a specialist industry conference and in this article in the Financial Times.  He stood as a candidate in the 1997 UK  General Election.   He tweets as   @jake_pugh

Public records show her full name to be Belinda Claire De Camborne Lucy.  She is also known as Belinda de Lucy or  Belinda de Lucy Mckeeve or Belinda Camborne.  Her Companies House records state ‘ full-time mother’.  Belinda appeared in a promotional video for the Leave campaign. She is married to Raymond McKeeve, corporate finance partner and private equity specialist at international law firm Jones Day, who sits on the MoD’s  Defence Reform Unit. She is a Director of charity Give us time, founded by  International Trade Secretary Liam Fox. She was pictured with Dr Fox at a Tatler magazine function. She has also been pictured at high society functions with  Lady Kitty Spencer, daughter of Earl Charles Spencer and a cousin of Prince William.  Lady Kitty Spencer is also a director of Give us Time.

Habib is a property developer and investor in international companies, including EU countries like Poland (where he has registered 43 companies) and Romania. He is a director of a string of companies in the UK many of which are property companies. He founded  First Group plc and is currently its chief executive officer.   According to the Companycheck website, the companies of which Benyamin Habib is a director have a combined total net worth of £97.6 million.

Harvey is President of MEL group, a British company in the international aviation and military sectors. He has been in the industry for 43 years, claiming to have risen from apprentice to chief executive, and is said to have driven the growth of the MEL Group. The company partners with the Ministry of Defence,  BAE,  and British Airways. ” He has a string of other directorships in SMEs in the aviation and engineering sectors.

Anisfield is also known as Lance Forman, is a London businessman dealing in smoked salmon and caviar and chair of H.Forman and Son the upmarket fish vendor and luxury restaurant. He is described by the Daily Mail as a ‘smoked salmon millionaire’. He is co-director, with his wife, Rene Maxine Anisfeld, of a number of companies comprising the business. The global companies database reports one of his companies, Forman Field Ltd, as having £3 million in assets.  He claims to speak for small businesses and helped 284 small companies who were facing eviction in 2006 to make way for the 2012 London Olympics. Together with his wife, he is patron of this charity supporting terrorist victims in Israel .

Patten is a company director and businessman who has held a string of directorships and is currently listed as a director of West Sussex Agri Ltd. He has previously been a director of international advertising and sports sponsorship agency  M&C Saatchi Sport & Entertainment Limited and deputy chairman of SP Holdings Limited, a sports marketing agency with clients like Rio Ferdinand, Williams F1 and Leeds United FC.  He currently describes himself as a charity director. His Linked In page lists a number of charities including the Mayors Fund for London.

Ree-Mogg is the sister of the British right-wing Conservative politician Jacob Rees-Mogg.  Their father was the former  Times Editor William Rees-Mogg  who authored books on disaster capitalism and profiting from chaos. She is reported to be independently wealthy, was privately educated and drives a Bentley. She has written for the Daily Telegraph and for eurosceptic magazines. She is currently a director at Wild Search, a headhunter firm that recruits for senior roles in public affairs. In 2006, she suffered a personal tragedy when her  boyfriend fell out of a window to his death.  She is well connected in the Conservative party and in 2010  attended a  Republican Party Convention in Minnesota with the International Trade Secretary Liam Fox.   She has twice stood unsuccessfully as a Conservative candidate for the Westminster Parliament.

Conspiracy and Paranoia: Lukashenko is Trying to Exploit the Fears of Moscow and the West

‘Cover the Streets of London with Blood’: Did British Intelligence Help Cover Up the Murder of PC Yvonne Fletcher? 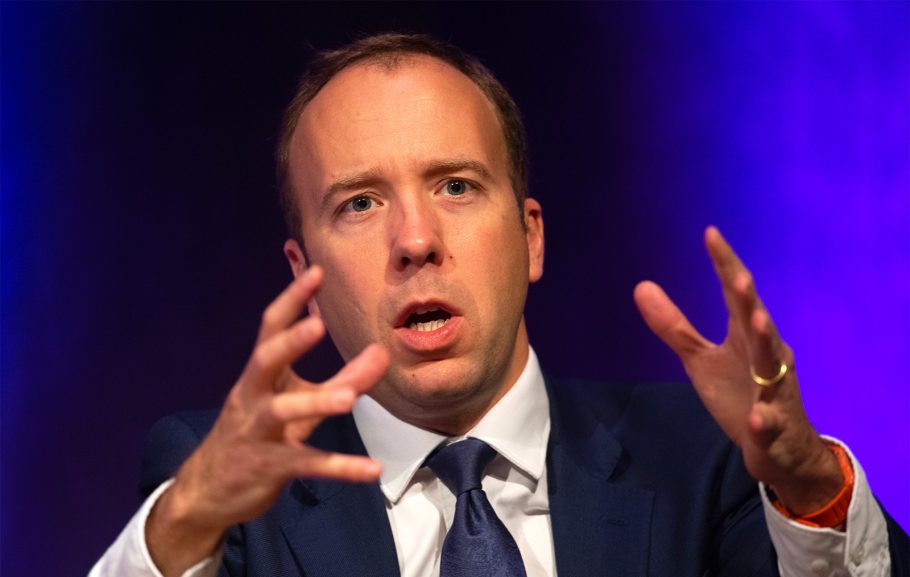