The debt mountain according to the latest official figures is now a billion pounds higher than at the start of the pandemic, reports Chaminda Jayanetti

The total energy debt faced by UK households has reached a new record high – rising to £2.5 billion in September 2022, according to figures from industry regulator Ofgem.

The debt mountain rose by 43% in the year to September – the most recent figures available – and is now a billion pounds higher than at the start of the pandemic.

The sharpest rise came in the first six months of the year, but debts continued to accrue in late summer after the Government’s energy bill support package had kicked in.

The figures were analysed by campaign group Debt Justice. Its senior policy officer, Joe Cox, said: “Households were already facing a mountain of energy debt before this winter hit. Another year of unaffordable energy bills will push many more people into crisis.

“Energy companies that have profited from record prices and government subsidy should be taking on much greater responsibility for tackling this debt pile.

“The Government needs to halt court-mandated installation of pre-pay meters and strengthen the rights and protections for people in energy debt.”

Around 950,000 households without a repayment plan were at least three months behind on electricity bills in September, with each of them more than a thousand pounds in debt on average. Around 750,000 gas customers were in a similar position, with average debts of £800.

“What I have seen as a frontline debt advisor, and colleagues across the country have reported similar, is that energy debt and lack of affordability to pay debt and/or ongoing costs, has become the number one concern for people seeking debt advice,” Amy Taylor, chair of Greater Manchester Money Advice Group, told Byline Times. 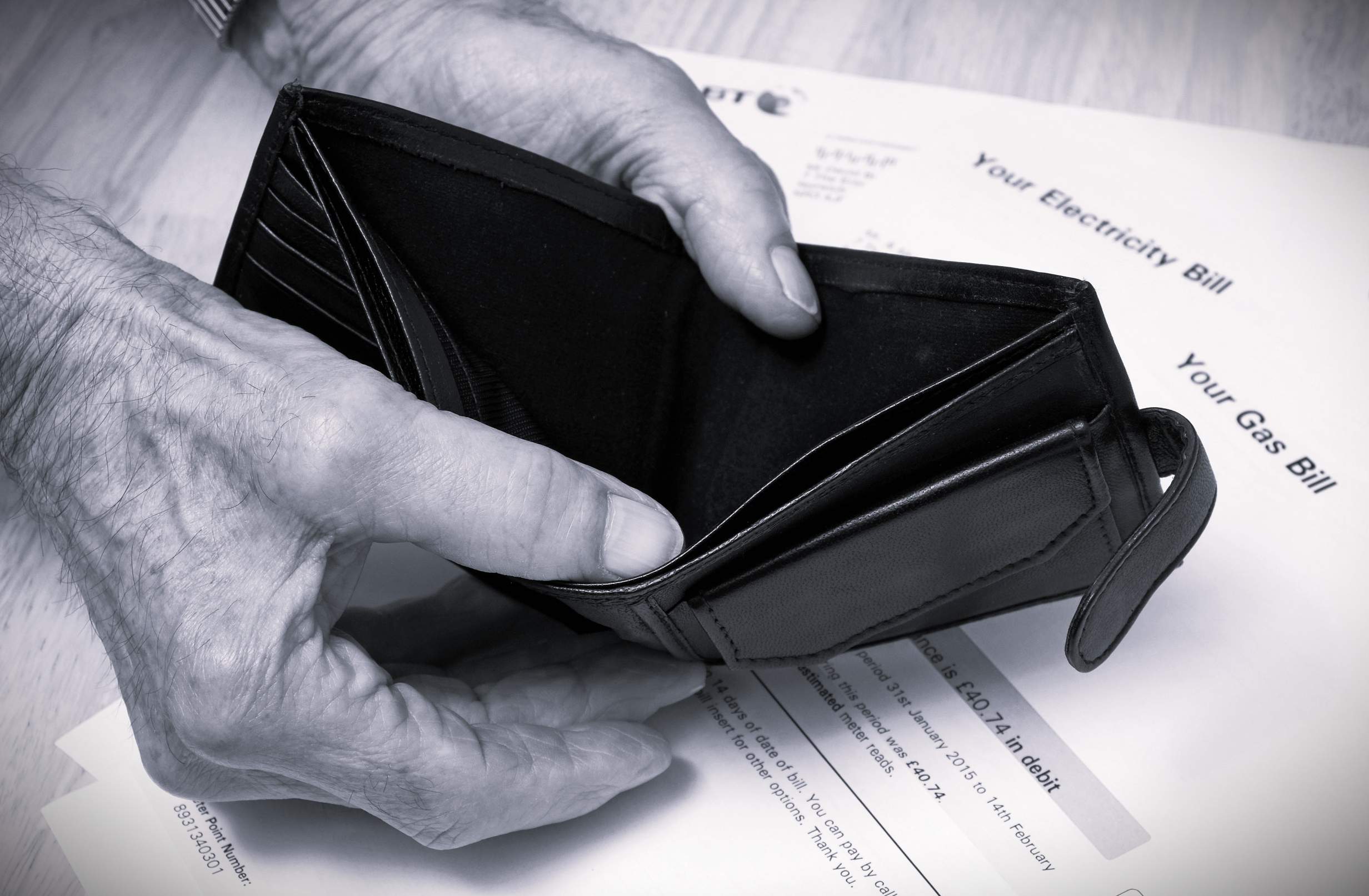 “My client just yesterday – a disabled gentleman in his 60s, an army veteran suffering from severe depression – told me that he no longer takes a shower, but will just have a ‘quick’ standing wash at the sink with a flannel. He said he probably didn’t smell too good, and apologised for this, but is past caring.

“Additionally, he tries not to change his clothes very often, or use too many pots and pans day to day so that he doesn’t have to use much hot water. It goes without saying that he doesn’t turn the heating on.

“He is not unusual unfortunately – clients are repeatedly telling me that they are frightened of putting their heating on, ignoring messages from their energy companies, cancelling direct debits, trying as hard as they can to reduce their energy usage to beyond what is necessary for a basic level of existence.

“Some are parents, some are single people in their 30s and 40s, some are disabled and some are pensioners. This debt crisis appears to be affecting all demographics and especially the most vulnerable among us.

“The health costs are not just physical either, sitting day after day in dirty, smelly clothes – and additional layers of them at that – is profoundly depressing. My client yesterday kept repeating that he was feeling hopeless, feeling helpless, feeling like he ‘doesn’t exist’.”

Taylor said that, while housing costs used to be the most urgent debt problem due to the threat of eviction, “being unable to afford gas and electricity has such an immediate and detrimental impact, whether that is being unable to afford to top up the pre-payment meters or deliberately not putting on the heating/switching on the lights due to fear over the next bill or increased direct debit, that this eclipses the problems which may be a little further down the road”.

National Energy Action’s head of policy, Matt Copeland, said: “It’s extremely worrying that energy debt has risen so much, especially with this data covering the period just before the typical heating season of the year. It shows how devastated household finances are amid the energy crisis, with bills having doubled in just 12 months.

“The latest Fuel Poverty Monitor, released this week, shows the impact of debt on fuel-poor households. Trying to keep themselves warm, as well as pay off their energy debt – it is an extremely difficult set of circumstances and one that is crying out for intervention from the Government.

“The latest estimates from Cornwall Insight suggest that energy prices may drop in July, which is welcome. If the average bill falls below the £3,000 level of the Energy Price Guarantee, that will mean a saving for the Treasury, which we hope will be spent on more support for low-income households, including help to clear this increased energy debt.”

A spokesperson for the Department for Business, Energy and Industrial Strategy said: “We know it is a difficult time for families across the country. That is why we have acted swiftly to provide support, including the Energy Price Guarantee, which is saving the typical household around £900 this winter, as well as £400 payments towards bills and £1,200 for the most vulnerable households. We also recently launched a new campaign, ‘It All Adds Up’, which will help families reduce their energy bills.”