A report in collaboration with the Citizens and funded by the Journalismfund.eu explores the links between a Catholic Nationalist group and the Italian far-right. With additional reporting by Sabrina Provenzani and Stefano Vergine

An investigation for Byline Times by the Citizens and il Fatto Quotidiano can exclusively reveal how a Catholic charity is being run by a former National Front member who has promoted a number of conspiracy theories and fundraised for a far-right Italian politician who was arrested and imprisoned for his part in violence which erupted at anti-Green Pass protests in 2021.

The findings come 22 years after The Guardian first revealed how far-right Italian politician Roberto Fiore was using the St George Education Trust (SGET), as well as a second charity The Trust of St Michael Archangel (TSMA) and a number of businesses, to launder money from illegal activities.

Both the TSMA and SGET, of whom Fiore was a trustee, were encouraged to sever links with him and had their assets frozen pending investigation. However, Byline Times can now show how the relationship continued, with SGET supporters encouraged to make donations during lockdown to support Fiore.

Our new investigation revealed that SGET’s Telegram channel is run by 59-year-old devout Catholic and former National Front member Michael Fishwick, and was used to promote a crowdfunding campaign that amassed over £100,000 in opaque donations and raised money for Fiore after he was jailed in Italy. The channel also spreads disinformation about the COVID-19 pandemic, as well as antisemitic and anti-LGBTQ+ propaganda.

Fiore’s associations with SGET and Fishwick go back to the early 1990s when they were both members of the National Front and, later, the International Third Position group. Third Position promoted Fascism as an alternate political position, supposedly creating freedom from the beliefs of typical Left and Right Wing politics. Whilst they have not been publicly linked for a number of years, it is clear from this investigation that their association is as strong as ever.

From an Italian Jail to a Suffolk Bookshop

In early 2020, the SGET Telegram channel posted that “a former trustee” was “leading Romans to St Peter’s Square to demand the public freedom of the faithful to attend Mass”, in what became known as the Green Pass Protest. The protests sprang up in opposition to the Government’s decision to roll out compulsory passes to show who had been vaccinated against Covid-19.

The trustee was Fiore, and the protests aimed to create mass civil unrest and force the government to rescind the Green Pass scheme.

Fishwick also set up a crowdfunder at this time, to raise money for the Vicit Leo Association, which was seeking donations to fund a legal challenge to the Italian government regarding their Covid-19 response.

By September 2021, SGET had donated over £100,000 to the Vicit Leo Crowdfunder, which is now believed to have directed funds to Fiore.

The following month, after several Green Pass protestors had been arrested and jailed (including Fiore), the SGET Telegram channel began posting links to a separate fundraiser to collect money for the families of those imprisoned. Fiore’s image was used to promote the campaign, which was widely shared by far-right figures, including the British National Party’s Nick Griffin, via the hashtag #iosonoFiore (I am Fiore).

The links for this second crowdfunder did not go to Vicit Leo, but instead led to the Paypal account of Carmel Books – an online Catholic bookshop in Andover, UK which was also listed as a donor on the Vicit Leo Campaign. 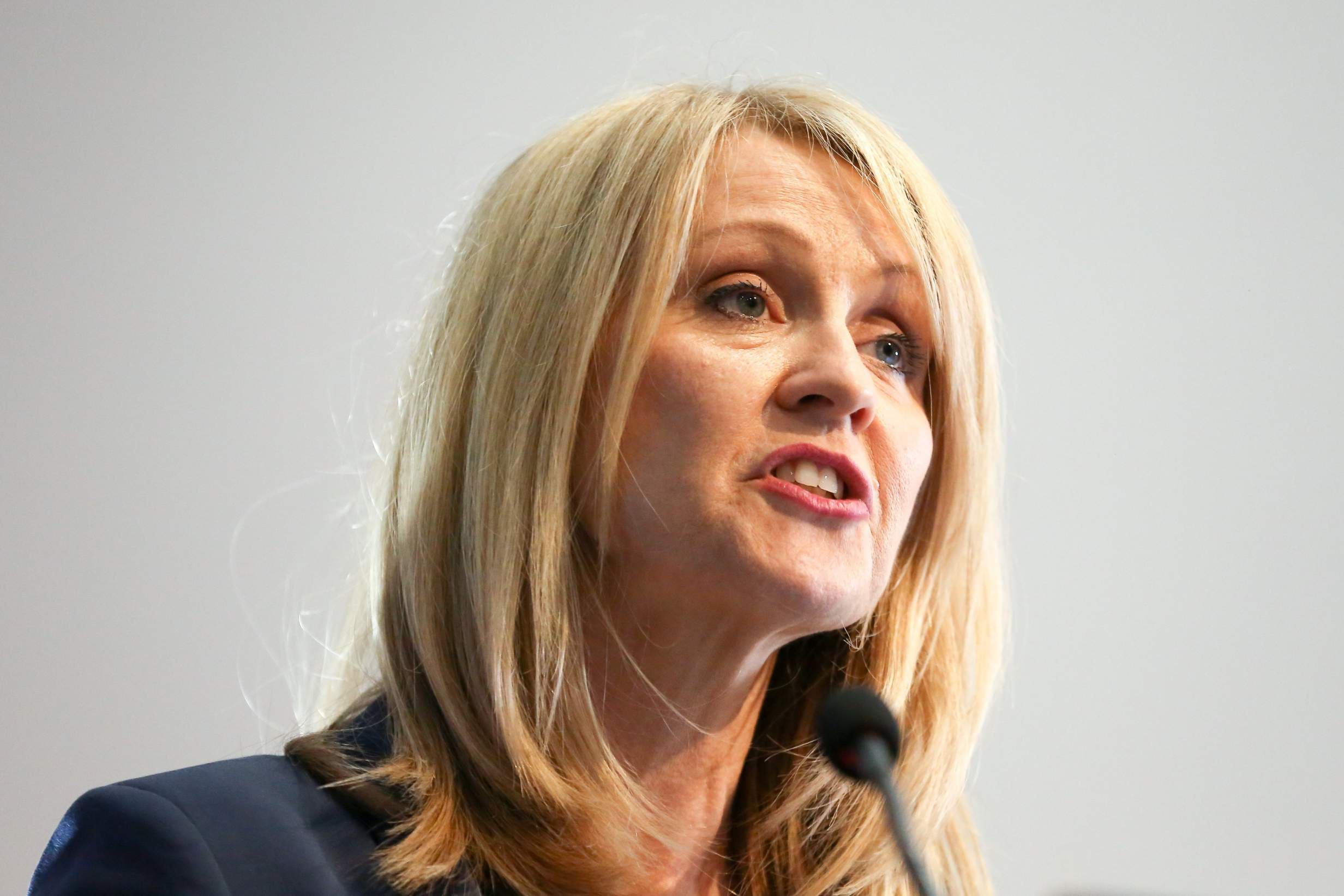 At first glance, Carmel Books appears to have been out of business for several years. There is no entry for it on either Companies House or the Charity Commission.

Our investigation has revealed that the address on its website is a PO Box within the Andover branch of the Mailboxes franchise. When Byline Times spoke to the staff, they could neither confirm nor deny the presence of Carmel Books.

Byline Times has also discovered that Carmel Books is run by Fishwick, who has been the official owner of the business since 2015. Prior to this, he had managed the company for its previous owners – the traditionalist Catholic sect The Society of Saint Pius X (SSPX).

SSPX regularly court controversy within the Catholic community regarding their antisemitism and uncompromising stance on LGBTQ+ rights. One priest described them to Byline Times as a “far-right offshoot of the Church” and indicated that few Catholic priests wanted anything to do with them. Currently running a number of parishes and a private school, its Charity Commission records show £4 million in the bank.

In a somewhat bizarre attempt to distance himself from the far-right, Fishwick intersperses the antisemitic and homophobic SGET Telegram posts with denunciations of Nationalism. These often accompany reposts for businesses such as Grandma Towler’s Tea, which is run by members of the white power group Patriotic Alternative.

Other trustees and members of SGET are less active online and rarely raise their heads above the parapet, but a deep dive reveals how, for most, the far-right is not that far away.

SGET’s current accountant is Hugh Williams, author of several self-published COVID-19 conspiracy books and a poorly received “history” of the world, in which he blamed Poland for the 1939 Nazi invasion. He is also the former national treasurer for UKIP. Now running his own printing press, Williams declined to comment on the nature of his work with SGET and their funding, citing client confidentiality.

Former TSMA trustee Alun Rowland has a long association with charities that have funded the far right. In 1999 the Independent revealed that TSMA had part-funded the purchase of a Spanish villa with former members of the National Front and International Third Position group. He is now the co-owner of a house used by the Stella Maris Mass Fund; a charity and church run by ex-communicated Holocaust-denying Bishop Richard Williamson.

As pandemic coverage has lessened, SGET’s output has veered into increasingly extremist propaganda. As with many Far Right groups, SGET has publicly supported Putin’s invasion of Ukraine on the grounds that he was supposedly liberating the country from Nazis. As war coverage has lessened, they have begun regularly promoting other conspiracies started by well-known anti-vax channels. The channel has also attacked Drag Queen Story Hour events, claiming they are supportive of paedophilia and “transhumanism”.

Following Fiore’s release from prison in Italy, SGET is no longer collecting money on his behalf.

Barclays told Byline Times: “For reasons of confidentiality, we’re unable to confirm the existence of, or provide any details relating to, any banking relationship. We take any allegations of financial crime extremely seriously and act in accordance with our legal and regulatory obligations.”

A spokesperson for PayPal said: “While we cannot comment on individual customer accounts for privacy reasons, PayPal’s policy is not to allow our services to be used for activities that promote hate, violence or racial intolerance. We base our reviews of accounts on these parameters, taking action when we deem that individuals or organisations have violated this policy. We regularly assess activity against our Acceptable Use Policy and carefully review actions reported to us, and will discontinue our relationship with account holders who are found to violate our policies”.

Two weeks after this, SGET posted on their Telegram channel that all of their PayPal accounts and the Barclays bank account had been closed, along with those of their Trustees. In November 2022, it was also reported that the Charity Commission are, once again, looking into the activities of the SGET.

Byline Times has also reached out to Fishwick for comment but received no reply at the time of publication.

This investigation was funded by Journalismfund.eu

This article was corrected on 17 January 2023, after Alun Rowland replied to a request for comment post publication.