The Wildlife Trusts’ (TWT) living seas team prepares an annual marine review every December cataloguing some of the remarkable wildlife sightings recorded over the previous 12 months and looking back at some of the incredible of work done by staff, volunteers and others to protect, restore and save the UK’s seas and coastline.

The 2022 review contained many hopeful examples.

Blue carbon is the term used to describe the carbon captured by the world’s ocean and coastal ecosystems. Last year, TWT helped set up a ground-breaking project that will see the UK become the first nation to produce a complete map of its blue carbon stores. The Blue Carbon Mapping project kicked off in July and hopes to publish its results this the summer.

In response to “significant and increasing pressure” on the Irish Sea – including climate change, fishing, aquaculture, development, shipping, aggregates, military activity, recreational activity and pollution – a coalition of organisations, including several Wildlife Trusts, set up the Irish Sea Network.

Seagrass has been described as the carbon sink that could save the world. The flowering marine plant accounts for 10% of the planets blue carbon but only occupies 0.2% of the sea floor. It is also known to capture carbon from the atmosphere up to 35 times faster than tropical rainforests.

Over the summer, Hampshire and Isle of Wight Wildlife Trust planted thousands of seagrass seeds in Langstone Harbour and at Seaview, Isle of Wight. Yorkshire Wildlife Trust has teamed up with Ørsted Hornsea Project Four offshore wind farm to restore 74 acres of seagrass in the Humber Estuary. And while Manx Wildlife Trust and Cumbria Wildlife Trust were busy discovering new seagrass meadows, Cornwall Wildlife Trust – working in partnership with sustainable clothing company Seasalt – launched a three-year seagrass restoration project, based at their Fal Ruan nature reserve.

Another highlight for 2022 was the discovery of a completely new species of deep water coral, formally named Pseudumbellula scotiae, just 240 miles off Scotland’s west coast.

The research, coordinated by Scottish Government scientists and renowned coral expert Dr Pablo Lopez-Gonzalez from the University of Seville, demonstrates how much there is still to learn about the deep sea around our coasts. TWT – the umbrella charity for a movement 46 independent wildlife trusts – said the find is “a sign of undisturbed natural habitat” and shows why “bottom-trawling must be banned to protect marine life”. 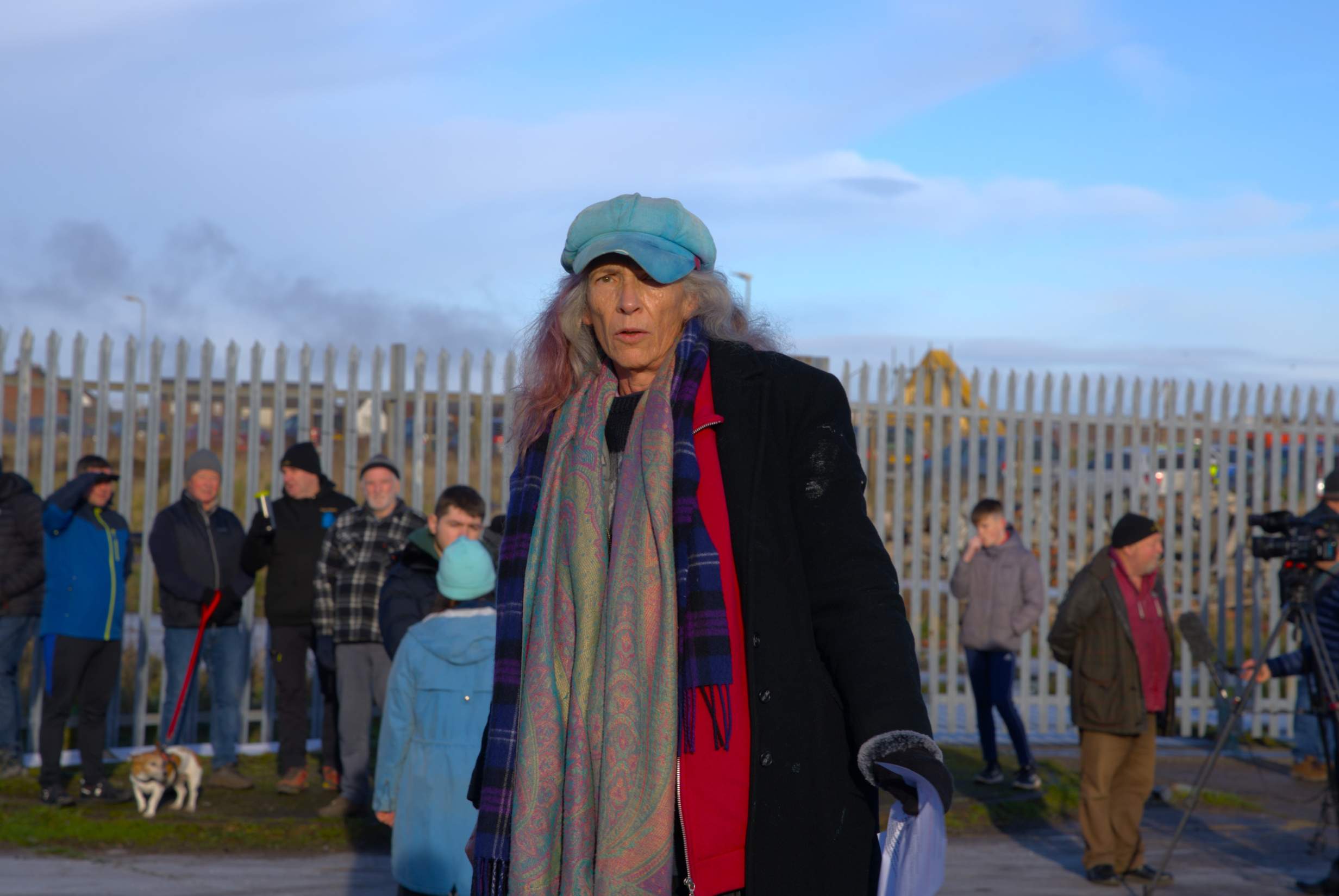 The review also reported that humpback whales continued to make a comeback in UK waters with more than 75 sightings now recorded by Cornwall Wildlife Trust since 2019.

In 2022, a young calf was spotted off the Lizard Peninsula in Cornwall and last month an adult humpback was filmed by locals just outside Brighton Harbour. The banning of commercial whaling in 1986 has led to the world population of humpbacks recovering from an all-time-low of approximately 450 in the mid-1950s to an estimated 84,000 mature individuals today with numbers still increasing.

Another first in 2022 was a 3m swordfish spotted off the Isle of Man by volunteers from Manx Whale and Dolphin Watch. The huge fish, usually found offshore in the Northwest Atlantic and in the Mediterranean Sea, is classified as ‘near threatened’ on the International Union for Conservation of Nature Red List of species at high risk of global extinction.

Last July, volunteer divers and snorkelers collecting marine wildlife data Seasearch in Cornwall reported a population boom for common octopus, particularly around the Lizard Peninsula. Fishermen also noted an increase in numbers of octopus in their lobster pots and cuttlefish traps with one said to have caught 150 in a day compared his usual haul of just one or two.

In August last year, Seasearch volunteers diving near Melledgan – an uninhabited rock island in the Isles of Scilly – discovered Babakina anadoni, a type of sea slug. It was the first official record of this species ever recorded in UK waters. Speaking at the time, Matt Slater, marine conservation officer at Cornwall Wildlife Trust and co-ordinator of the Seasearch programme for Cornwall and the Isles of Scilly, said: “What an incredible find! We were extremely excited to hear about the sighting of this colourful nudibranch – a species that we believe has never been recorded in the UK before.”

But the news wasn’t all good.

Joan Edwards, director of marine policy for The Wildlife Trusts, told Byline Times: “Avian flu has and continues to be absolutely devastating for wild birds right across the UK. Lots of species have been affected including gannets, skuas, puffins – and inland birds like swans and geese. This global epidemic of should be a serious wake up call. We need a new approach for farming that avoids keeping poultry in cramped conditions, or risk further outbreaks of disease in the future.”

Research shows at least 13% of the UK population of great skuas – 8% of the global population – have also died. But the full impact of the pandemic will not be known until seabird colonies are counted again in 2023.

The effects of plastic on wildlife hit the headlines in November following the publication of a study which revealed that the majority of dead Manx shearwaters on Skomer Island in Wales had ingested plastic. Adults were also observed feeding plastic to their chicks. Some scientists predict that 99% of seabirds could have plastics in their stomachs by 2050.

“It is concerning, not only for the welfare of the seabirds themselves, but for the entire marine ecosystem on which they depend,” said Lisa Morgan, head of islands and marine at the Wildlife Trust of South and West Wales.

The review highlighted three oil spills that occurred in 2022.

In February, around 500 barrels, 80,000 litres of oil leaked from a cracked pipe 20 miles off the coast of north Wales. Although tar balls washed up on the Lancashire coast a few days later, there were no reports of wildlife being harmed. In the same month, however, Alderney Wildlife Trust had to rehabilitated seabirds found covered in oil after Storm Eunice hit the English Channel. In July, the Maritime and Coastguard Agency mobilised an oil spill response team to contain a large oil slick off the coast of Thanet and prevent it from reaching the shore. Despite Kent Wildlife Trust’s initial concerns, the local seal population was not affected.

Reflecting on the highs and lows of 2022, Dr Lissa Batey, head of marine conservation at TWT, said: “While full of surprises, our oceans are also busy places where wildlife is facing a huge range of pressures – including climate change, pollution and development.”

Dr Batey recommends better protections for the sea as a matter of urgency in order to help nature recover and thrive as it should. “That must start with the Government abandoning the dangerous Retained EU Law Bill which threatens to rip up existing laws that protect wildlife and wild places both on land and at sea,” she concluded.