Russian War Crimes in UkraineTorture as a Propaganda Tool

EDITORIAL WARNING: Some readers may find the content of this article distressing.

The mass graves were discovered by chance, Kharkiv’s regional chief of police, Volodymyr Tymoshko, explained to Byline Times. On returning to the liberated town of Izium, police officers visited households and interviewed residents to record any crimes committed by Russian occupying forces, including looting and acts of torture and murder.

During these surveys, police located the sites where the Russians had secretly buried Ukrainian citizens.

By 23 September, law enforcement officers had completed the exhumation of 447 bodies, including 425 civilians, five children, and 22 servicemen from the mass grave in Izium. Many bodies showed signs of violent death and torture: bodies with hands tied up, ropes around the necks, evidence of castration and other kinds of mutilation, and bullets lodged in the back of skulls.

“What is Izium? It is Auschwitz, 1945,” Tymoshko told Byline Times. “Maybe on a smaller scale, fortunately, as the Russians were there for six months only…”

“I don’t know what to call it, Tymoshko continued. “The occupying forces simply have a lust for violence and a thirst to see the suffering of other people. We very often recorded such cases. They did not even ask for any military information. They killed just for the sake of killing. They just tortured for the sake of torturing.”

While not ruling out senseless sadism as the main motive for Russian Federation military personnel, further investigations by Byline Times suggest there may be another logic behind these atrocities.

Method in the Madness

Oleksandr, 49, lived under the Russian occupation for six months. He and his colleagues were detained by the Russian military in Lyptsi, a town in the Kharkiv region,  on suspicion of being Ukrainian army informers. Prisoners were kept in dark, crowded basements without heating, beds, toilet, or washing facilities, and on some days, without food or water.

Oleksandr explained to Byline Times how he was tortured by two Russian soldiers. A young soldier “with an indifferent face” hooked the electrodes to his hands and an officer who was “almost polite” interrogated him. Though he lost 25 kg and developed chest pains, Oleksandr considered himself lucky, as he had spent “only nine days in the basement” unlike his two colleagues, who were held there for months. He “was tortured only twice”, unlike former Ukrainian servicemen treated with special cruelty.

In the recently liberated village of Kozacha Lopan, only 5 km from the Russian border Liudmila, 46, spoke to Byline Times accompanied by the sounds of round-the-clock Russian artillery fire nearby.

Liudmila’s husband Evhen, a former military officer, and her oldest son, Mykola, were detained by the Russian troops during the occupation. Mykola survived torture and returned home but Evhen has been missing for months. Their neighbour, Marina, another victim, saw Evhen in the basement where they were kept without food and heat. His face was so swollen that he couldn’t see, talk or drink water.

Vitaly, another former soldier, was also detained in Kozacha Lopan and transported with a bag on his head, his hands tied, between three different locations. The torture ranged from psychological (“put on trousers with your hands still tied up behind your back or we will shoot you”) to physical, resulting in two broken ribs, wounds on his thighs, chest pains, and panic attacks.

Though the town was still being shelled by Russian forces, Vitaly showed  Byline Times an improvised torture chamber. In the basement of a vegetable warehouse, inside a cage, there soiled blankets were crumpled on the concrete floor. Empty wine and beer bottles glinted in the dim light outside the cage. A plastic female mannequin, with a wine bottle inserted its genitalia, lay in the corner.

Vitaly picked up a Russian weekly newspaper Kharkiv Z from the floor. The front page featured the headlines ‘Russia Is Here Forever’, ‘The Russian Flag Unites’, a portrait of Putin, and an announcement of a one-time payment of 10,000 roubles (£166) to all parents of schoolchildren. Extraordinarily, the article also announced “a working visit of the Russian psychologists to the Kharkiv region”.

“They distributed this rag left and right but most people just used the paper to make cigarettes,” explained Vitaly.

The Russian invaders also converted the town railway station into a prison. As they retreated behind the border on 11 September 2022, in face of the advancing Ukrainian army, they left the station littered with Russian Orthodox icons, leaflets and hundreds of letters in children’s handwriting.

Following the old rules set down in Soviet propaganda textbooks, the letters carried patriotic messages: “Dear Soldier, I am a 3rd-grade student. I wish you Victory. Remember that Russians don’t surrender” accompanied by pencil drawings of soldiers carrying flowers.

Boxes of letters from remote regions of Russia remained unopen, all marked with a sign Z. The nature and origin of a “Z” are unknown but it is widely recognised as the symbol of the Russian patriots. Some of the letters served as toilet paper, as the Russian military used a part of the hallway as a bathroom.

Grandma Zoya, 82, cried as she look at the ruins of the elementary school she had once attended in the now liberated town of Izium. Her children, grandchildren, and great-grandchildren studied in the school which was almost completely destroyed by a Russian missile. Zoya’s son and 11-year-old great-granddaughter suffered debilitating injuries during another strike.

Despite this, Zoya expressed pity for the “young Russian lads” who “did not choose to come here.” Roma, 14, echoed her sentiment. He was mourning both his school and his neighbours, struck by a Russian missile in front of his eyes. “Their heads were severed,” Roma told Byline Times. But he added that “the Russians were just ordinary folks, didn’t mean anything bad and just followed the orders.”

Another Kharkiv region resident, Alla, whose apartment was destroyed by shelling, echoed this sentiment, telling Byline Times “it was not the Russian soldiers’ fault that they were there.”

What is the explanation for this strange reaction to occupation and terror?

Ludmila Vakulenko, the head of the administration of Kozacha Lopan, told Byline Times that many still fear the return of the Russian troops despite the current successful Ukrainian counteroffensive.

Dr Katerina Zubritskaya, a psychologist specialising in trauma, suggests something akin to the ‘Stockholm Syndrome’ –  a feeling of affection, understanding, and sympathy that a victim of abuse develops towards the abuser –  could be at the core of such psychological responses.

The longer the interaction between the abuser and the abused lasts, the higher the likelihood of forming such a bond. It is a coping mechanism, a survival tactic, an attempt to humanize those who have unlimited power over one’s life. In the occupied territories, the abusers co-existed with victims for six months and these mechanisms could have been at work.

The chief of police of the Kharkiv region has another take on it. “You have to understand what was happening to these people for six months,” Tymoshko told Byline Times. “It was not just propaganda. It was brainwashing at gunpoint.”

Standing in front of a destroyed community centre, Oleksandr  Kulik, the Dergachi City Council press secretary, agreed. “People were brainwashed. At the beginning of March, the occupied territories lost electricity and no one had access to information, to the Internet. Russian newspapers were distributed widely. Between the information vacuum and not having access to any other media, people’s consciousness has certainly transformed.”

The repetition and scale of the atrocities committed by the Russian troops not just in the Kharkiv region, but all over Ukraine might indicate not arbitrary brutality of individual soldiers and officers but a major psychological operation, ordered by the Kremlin.

‘Psyops’ – psychological operations – are a calculated set of measures aimed at influencing minds and emotions and include intimidation, coercive control, inciting fear and panic, isolating the population, creating an informational vacuum, and then filling it with propaganda materials that discredit legitimate authorities.

From the destruction of schools and cultural centres to building torture chambers, combined with the “working visits” of Russian psychologists, the Kremlin has created a system deliberately designed to erase Ukrainian identity.

Diogo Augusto, 29 November 2022
Diogo Augusto reports on the close family ties between the Ambassador and a pro-Russia business forum 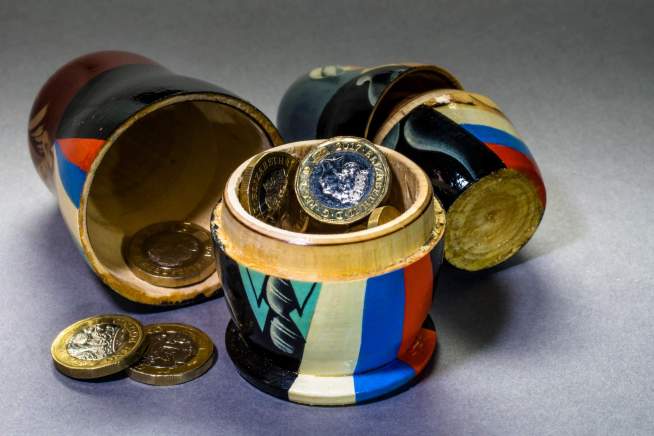 The Kremlin’s Hybrid War in Moldova

Zarina Zabrisky, 15 November 2022
Zarina Zabrisky reports on how Russia is attempting to take advantage of the cost of living crisis in the former Soviet state 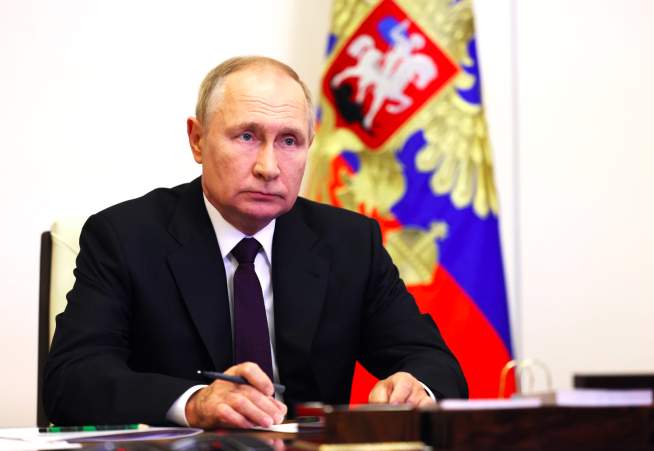