In the Hands of Sunak and Truss,Freeports are a Threat to Democracy

Richard Murphy argues that freeports may benefit businesses through reduced taxes and regulation, but not employees or the economy of the local area

I have been asked if I have ever looked at the benefits of freeports. The honest answer is no, but that is because I have never been able to find any such benefits. I have, however, looked at the massive downsides to this idea that both Rishi Sunak and Liz Truss support.

It is important to note that there is no one definition of a freeport. Sunak and Truss are already arguing about what they mean by the term, with Truss being the more extreme of the two. There are, however, some common features to note.

First of all, a freeport need not be a port. It needn’t be an airport either. It’s just a location – from a single warehouse to a whole geographic region – that a government declares to be outside the scope of normal regulation.

The range of regulation that is subject to exemption varies, but there are usually some commonalities. Import and export regulations are usually relaxed in freeports. This means that they are, in effect, tariff-free zones. It’s a bit like they’re still in the EU.

The effect of this exemption from tariffs is to provide a tax subsidy to products sold from the freeport if (and this is critical) they are exported. That means that this benefit goes to other countries, and not into the UK market.

Very often some other tax laws are also waived.

The most common relate to employment taxes. So, for example, current UK freeports waive the employer’s national insurance charge in respect of people employed in freeports, meaning that the cost of employing people is reduced. Again, though, let’s be clear that this does not reduce tax for the employee. All the benefit of this goes to the employer. It is they who get the subsidy. And the country as a whole does, of course, lose out on tax revenue as a result.

There are also local taxes that are usually waived – e.g. business rates – meaning that unless the council in which the freeport is located is compensated for this loss of revenue, which is another subsidy to business, then the local community loses out or has to pay more tax.

These are not the only taxes that can be waived. For example, corporation tax on profits arising in freeports can be reduced – although how to calculate just what those profits are is open to widespread abuse. This, once more, is a subsidy to business.

And there can also be exemptions from other taxes, e.g. to capital gains tax on assets held in freeports. This is currently the appeal of many EU-based freeports (because they do have them) which are used to store works of art, tax-free, because of this exemption.

And this is not only within the freeport, but also on its border. Bizarrely, what freeports create are many borders within a country as goods can move in and out of different freeports, each with their own separate regulations and potentially tax rules. The very borders right-wing politicians say they hate are at the heart of freeports.

There is good reason for this paradox. The more rules there are, and the more borders there are, the more a business can abuse the rules of freeports to negotiate their own advantages. And, given that freeports are now usually run by private companies, this abuse is very easy for some companies to arrange: the control of the law within the freeport can be effectively outsourced to a private company. 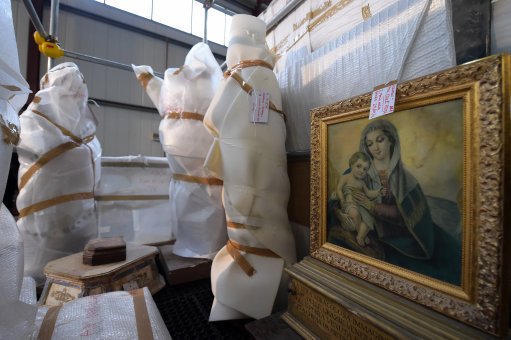 Unsurprisingly the Organisation for Economic Cooperation and Development (OECD), which is based in Paris and of which the UK is a member, has found that there is a strong link between the lax regulation in freeports and criminal activity.

This criminality is not just related to normal trades. There have been many reported concerns about the use of freeports to trade artworks that are owned by offshore companies as a way of criminal money laundering. To put the scale of this activity in context, it is thought that there are more than 1 million works of art in just one European freeport, and other products of supposedly high collectible value could also be very easily used for this type of activity.

So, freeports are linked to lax, and potentially unenforceable regulation whose operation is very often outsourced to private freeport operators. This is bad news for law enforcement as they create an environment where the law is often not known. Worse than that, freeports create a ‘race to the bottom’ in the regulations that they offer – attempting to out-compete each other to get businesses to locate in their freeport rather than others.

Race to the Bottom

There is something deeply sinister about this race to the bottom, because it is deliberately promoted by right-wing politicians to support their demands for lower taxes, lower regulation, fewer employee protections, and so on.

But, am I am being rather negative? Do freeports actually encourage growth as their proponents claim?

There is no evidence for this. At best, there is evidence that they may encourage jobs to be moved into freeports from areas outside them.

But there is no evidence that freeports actually create new jobs or growth. That’s why the Tories scrapped a previous experiment with them in 2012. They simply did not work for the economy as a whole.

But they do not, of course, work for society as a whole. The bung that freeports provide to the companies that use them has to come from somewhere – and it is from reduced taxation paid to central government. So, the pressures on public services are only made worse by freeports, which are designed to make as little contribution to the common good as they can.

Why then are Sunak and Truss so keen on something that has not worked previously, and which around the world are generally seen as dangerous to well-being? The only explanation is that they don’t care about anything but bungs for their friends, and undermining the state.

Freeports undermine the integrity of the law and regulation in the UK, reduce taxes for employers but not employees, and usually end up with workers more vulnerable than they are in the rest of the country.

So, it’s fair to say that a policy of promoting freeports as widely as possible, as Truss and Sunak seem to want, is all about undermining the state we live in and turning it over to private control. And that’s the pathway to the end of government as we’ve known it.

And that is the most dangerous dimension of all to this freeport policy. In the hands of these two, freeports could be the Trojan horse used to undermine much of what we recognise as democratic government. You should be worried.

Richard Murphy is an economic justice campaigner and political economist. He is Professor of Accounting Practice at Sheffield University and co-founder of the Green New Deal