With the UK heading for recession, the two remaining candidates to become Britain’s next Prime Minister are committed to the same failed economic theories that created the current crisis, writes Thomas Perrett

Both of the candidates in the Conservative leadership contest have outlined economic strategies predicated, to varying degrees, on tax cuts and shrinking the size of the state.

Liz Truss, who was recently forced to U-turn on plans linking public sector pay to regional living costs – which would result in a significant pay cut for already economically vulnerable teachers and nurses outside of London – has promised £40 billion worth of tax cuts.

Rishi Sunak has promised to implement a 20% income tax cut by 2029 once the threat of inflation has subsided. “I believe in hard work, family and integrity,” he wrote last month. “I am a Thatcherite, I am running as a Thatcherite and I will govern as a Thatcherite”. Sunak clearly intends to depart from Boris Johnson’s more interventionist rhetoric on the economy, supporting current levels of corporation tax (which themselves are historically low) only to mitigate inflation and protect the investments of the wealthy.

But neither candidate has put forward a coherent strategy for addressing the cost of living crisis, the climate emergency or the pressures within the NHS – which rank among voters’ most pressing concerns.

Instead they have chosen to espouse the same laissez-faire approach which is arguably the source of Britain’s current malaise. A recent report by the Trades Union Congress found that British workers are on course for the worst economic squeeze in the G7, as real wages are set to decrease by 6% over the next two years, following a hit of nearly £20,000 between 2008 and 2021.

Research from the Resolution Foundation, which has concluded that the richest 10% of the population have increased their average wealth relative to the bottom 50% by between £300,000 and £1.2 million per adult, has found that the average British household is £8,800 poorer on average than its equivalent in five countries: France, Germany, Australia, Canada and the Netherlands.

According to the Foundation, sluggish growth, stagnating productivity and a lack of focus on mitigating inequalities have produced these staggering disparities.

The Resolution Foundation found that while Britain’s productivity had caught up with that of France and Germany, by the ‘90s and mid ‘00s, its GDP was 6% lower than Germany by the 2008 crisis – a figure which reached 19% by 2019.

Meanwhile, labour productivity in Britain grew by just 0.4% in the 12 years following the 2008 financial crash – under half the rate of comparative OECD countries, where it increased by 0.9%.

The country’s lack of productivity, when combined with widening economic disparities, has spawned the vastly unequal society which exists today. The aftermath of the Thatcher era, which saw ‘Right to Buy’ and the deregulation of the financial sector, prompted financial speculators to lend excessively to mortgage holders, culminating in skyrocketing house prices.

According to the Bank of England’s own research, house prices would be 25% lower today had the second round of quantitative easing not been implemented back in 2009. Indeed, the Resolution Foundation concluded that business investment in the UK in 2019 was just 10%, behind an average of 13% in France, Germany and the US.

Real wage stagnation has been a consequence of flatlining productive investment in the aftermath of the 2008 crash, with British workers bearing the brunt of successive economic crises to a greater extent than their European counterparts.

The Resolution Foundation discovered that, while real wages had increased by 33% on average between 1970 and 2007, this figure fell below zero in 2010, leading British household incomes to trail Germany by 16% and France by 9%, despite having been higher in 2007.

The report also highlighted the effects of the weakening of trade union power on wages, finding that the decline of unions accounts for a sixth of wage inequality among men from 1983 to 2019, and that across the entire labour market, wages could be 15% lower than they would otherwise be if stronger union laws were in place, the equivalent of £100 a week for workers on average.

Britain’s anti-union policies are another aspect of Thatcherism which has vastly diminished wages. Excessive trade union militancy was viewed as the cause of a ‘wage-price spiral’ which had sent inflation spiralling and allegedly prevented businesses from attracting investment.

As a result of Thatcher’s policies, which saw union membership fall to around nine million by 1990 – its lowest level since 1948 – real wages ceased to be positively correlated with increased productivity, stagnating to their lowest level since the Napoleonic wars, according to the Trades Union Congress.

It is therefore concerning that, following a wave of strikes in multiple sectors throughout this year, the Conservative leadership contest has seen a resurgence in union-busting rhetoric.

Both Truss and Sunak have said that they would ban essential strikes, with Truss proposing taxing strike pay and compelling unions to achieve 50% support – not only from their voting members but from all members eligible to vote.

The Government’s decision to permit agency workers to replace striking workers, despite often being less skilled and trained, thus posing a significant risk to public safety, is the latest in a succession of punitive measures exacerbating the wage stagnation and economic precariousness which have become endemic in this country over the past few decades. 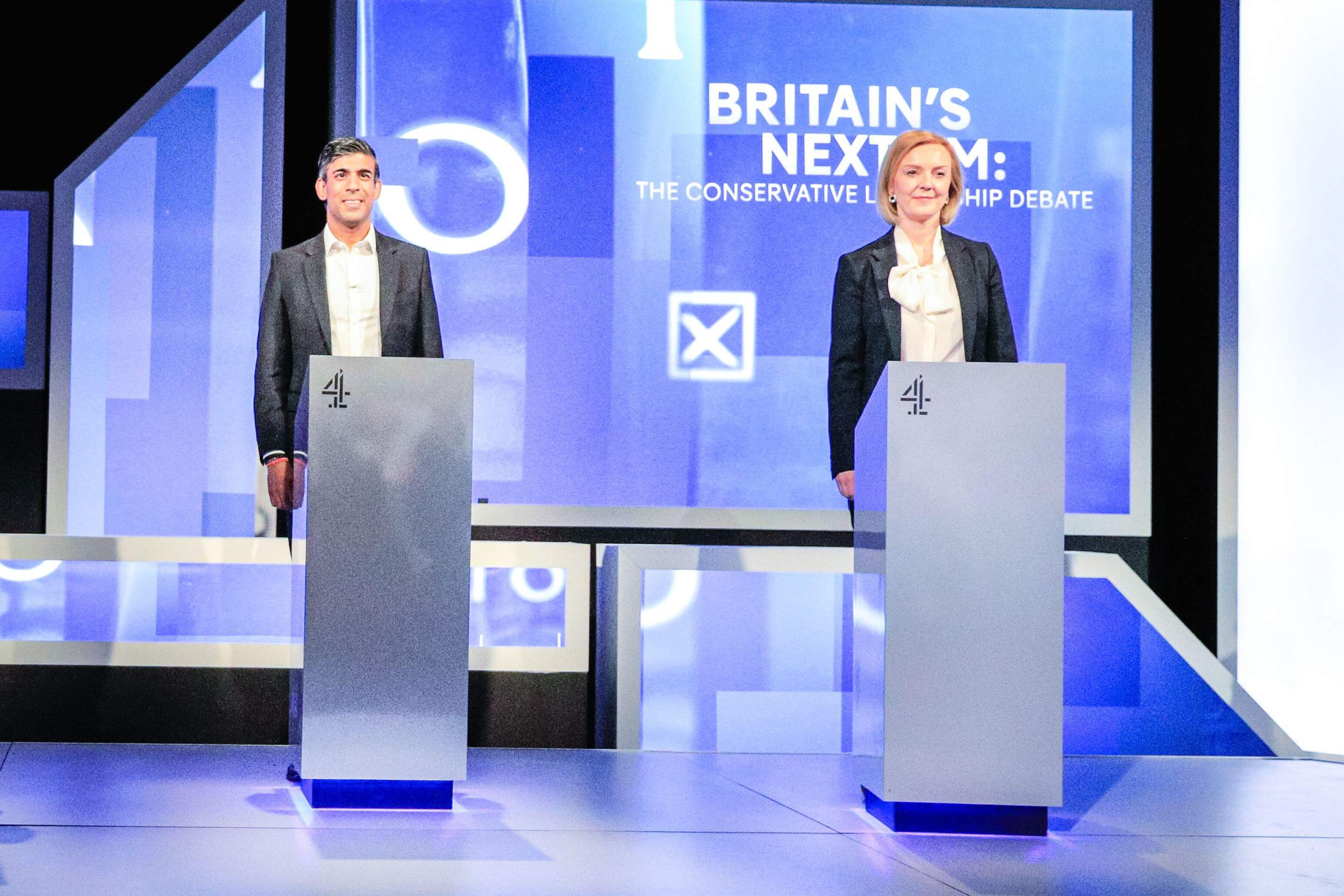 The Resolution Foundation’s report also analysed the regional inequalities which Boris Johnson’s ‘Levelling Up’ agenda has largely failed to address. It concluded that, in 2019, income per person in the richest local authority (Kensington and Chelsea) was £52,500, compared to the poorest local authority (Nottingham) where it was just £11,700.

“The share of people thinking their local area has deteriorated in the preceding two years rose from 20% in 2013-14 to 26% in 2019-20,” the report said. “Tackling this sense of decline is essential to delivering on a social contract that promises you’ll gain from the national economy wherever you live. But Britain is not serious, yet, about delivering this.”

The Resolution Foundation found that, between 2009 and 2019, council revenues per person fell by 30% in the most deprived areas, compared to just 15% in the least deprived areas.

According to a recent report by the New Economics Foundation, half of British families were £110 worse off per year between Boris Johnson’s election victory in 2019 and the end of 2021 – despite the richest 5% gaining £3,3000 per year.

The Prime Minister’s handling of the Coronavirus pandemic was an important factor in exacerbating these regional divides, as the UK was one of only two countries in the G7 with growth rates trailing 2019 levels by 2%. Moreover, the Resolution Foundation concluded that the post-pandemic era has seen 430,000 fewer people in work and investment slump to just 9% of pre-pandemic levels.

Neither Conservative leadership candidate is well-placed to alleviate the flatlining real pay, declining productive investment and rampant inflation which has entrenched inequality within British society.

Both candidates are committed to the suppression of organised labour and the pursuit of monetarist tactics for mitigating inflation – both crucial elements of the same Thatcherite strategy which has caused many of the disparities mentioned in the Resolution Foundation’s report.

As slumps in job creation and regional investment in favour of rampant financial speculation have made Britain’s workers significantly poorer than their European counterparts, how will the Government get the economy back on track?