Culture Secretary Nadine Dorries enjoyed a private dinner with British-Russian media baron Lord Evgeny Lebedev less than two months before she questioned why he was being scrutinised in light of Vladimir Putin’s war in Ukraine.

Lebedev, born in Moscow but now a British citizen, is the owner of the Evening Standard and the Independent media outlets, having bought them with the help of his father, Alexander Lebedev, in 2009 and 2010 respectively.

He met Dorries – who heads up the Department for Digital, Culture, Media and Sport (DCMS) – on 17 January, newly released Government records show.

The dinner was logged as ‘hospitality’ – suggesting it was paid for by Lord Lebedev.

Dorries has been a vocal supporter of the media mogul, particularly after he was targeted with heavy scrutiny following Russia’s invasion of Ukraine in February.

“No one from the security services has ever mentioned Lebedev to me,” Dorries tweeted on 14 March. “All I see is him using the front pages of ⁦[the Evening Standard] to publish the most heart wrenching images and to decry Putins [sic] evil war.”

Lord Evgeny and Alexander Lebedev have been the focus of intensifying media attention in recent months due to the latter’s links to the Russian state.

Alexander Lebedev was a Russian KGB officer in London from 1988 to 1992. Moving into the financial sector, he amassed vast personal wealth – being listed as the 39th richest Russian by Forbes in 2008, with an estimated wealth of $3.1 billion. This diminished after one of his Russian newspapers published an exposé about Vladimir Putin and his alleged affair with a famed gymnast.

Alexander Lebedev still retains a significant amount of this wealth, which in turn has flowed down to his son. 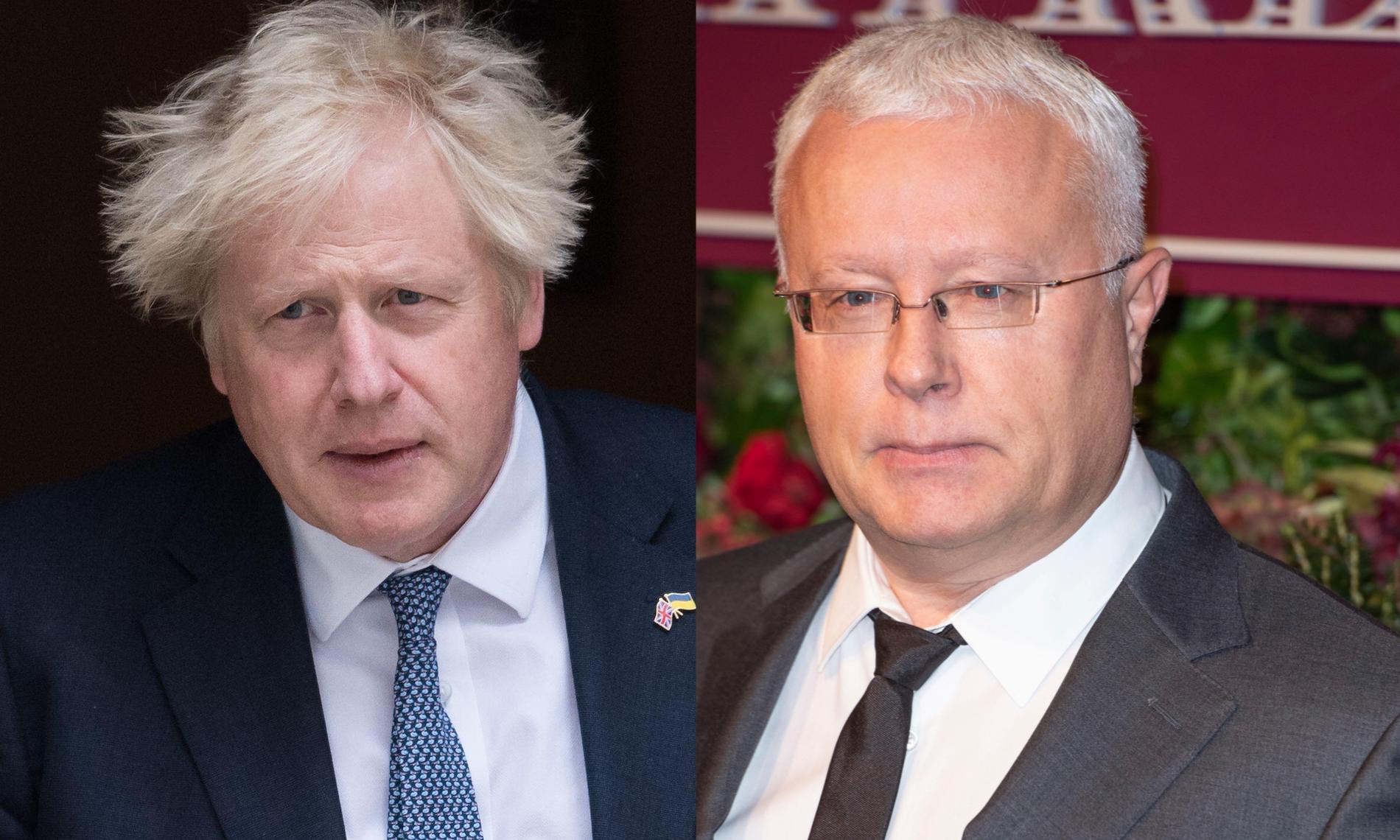 Amid the drama of mass resignations from his Government, and his own eventual demise, Johnson admitted for the first time last week that he had met Alexander Lebedev privately at his Palazzo in Perugia, Italy, in April 2018, while he was Foreign Secretary and without any officials present.

This confirmed extensive reporting about the alleged “lavish party” at the Umbrian mansion, after which Johnson was pictured looking decidedly dishevelled. He took a guest to the party, though their identity is unknown.

Crucially, Johnson confirmed a breach of protocol had taken place by admitting to meeting Alexander Lebedev without any Foreign Office officials present.

Moreover, the party took place just days after a crucial NATO summit, attended by Johnson, which sought to unify the West’s response to the Salisbury poisonings – which saw Russian agents poison former double-agent Sergei Skripal and his daughter, Yulia Skripal, in the English city.

The former Russian spy was also one of the first people to see Johnson after his resounding general election victory in 2019. The Prime Minister and his wife, Carrie, visited the Lebedev family’s £6 million mansion overlooking London’s Regent’s Park the day after the election to celebrate Alexander’s 60th birthday. Guests also reportedly included David and Samantha Cameron and George Osborne, who at the time worked for Lord Evgeny Lebedev as the editor of the Evening Standard.

Alexander Lebedev has recently been sanctioned by Canada, for being among those who have “directly enabled Vladimir Putin’s senseless war in Ukraine”. These sanctions haven’t been matched by the UK. Lebedev senior severed his links with the Independent the day after he was hit with the sanctions.

The topics of discussion at Lord Evgeny Lebedev’s meeting with Nadine Dorries are also unknown.

When Byline Times asked the Government for more information, it remained coy, merely saying that “as you would expect, the Culture Secretary meets with leaders representing DCMS sectors on a regular basis. This includes proprietors and editors of UK media outlets”.

Boris Johnson’s friendship with the media baron has also been the subject of controversy.

Evgeny Lebedev became a member of the House of Lords in July 2020 after being nominated by Boris Johnson. The Prime Minister reportedly pressured the UK security services to reverse their assessment of the appointment, with the initial intelligence advice being that “there could be a threat to national security”.

According to reporting by The Times, Johnson “took a personal interest in the case” after meeting with his friend in March 2020 – following an initial rejection of the peerage.

“A former advisor said [that Johnson] refused to accept the verdict of the security services and would not drop the issue,” The Times has reported.

The minutes of this discussion between Johnson and Lebedev were not recorded. The Prime Minister denies that he overruled security advice but has said that “it’s very, very, very important that we get the message over that we’re not anti-Russian”.

Despite this, the Government has so far refused to release information about the decision to make Evgeny Lebedev a peer, having been instructed to produce this evidence by Parliament.

John Sweeney digs deeper into the past of Alexander Lebedev, whose connections to the Russian President and the British Prime Minister are a source of major public concern 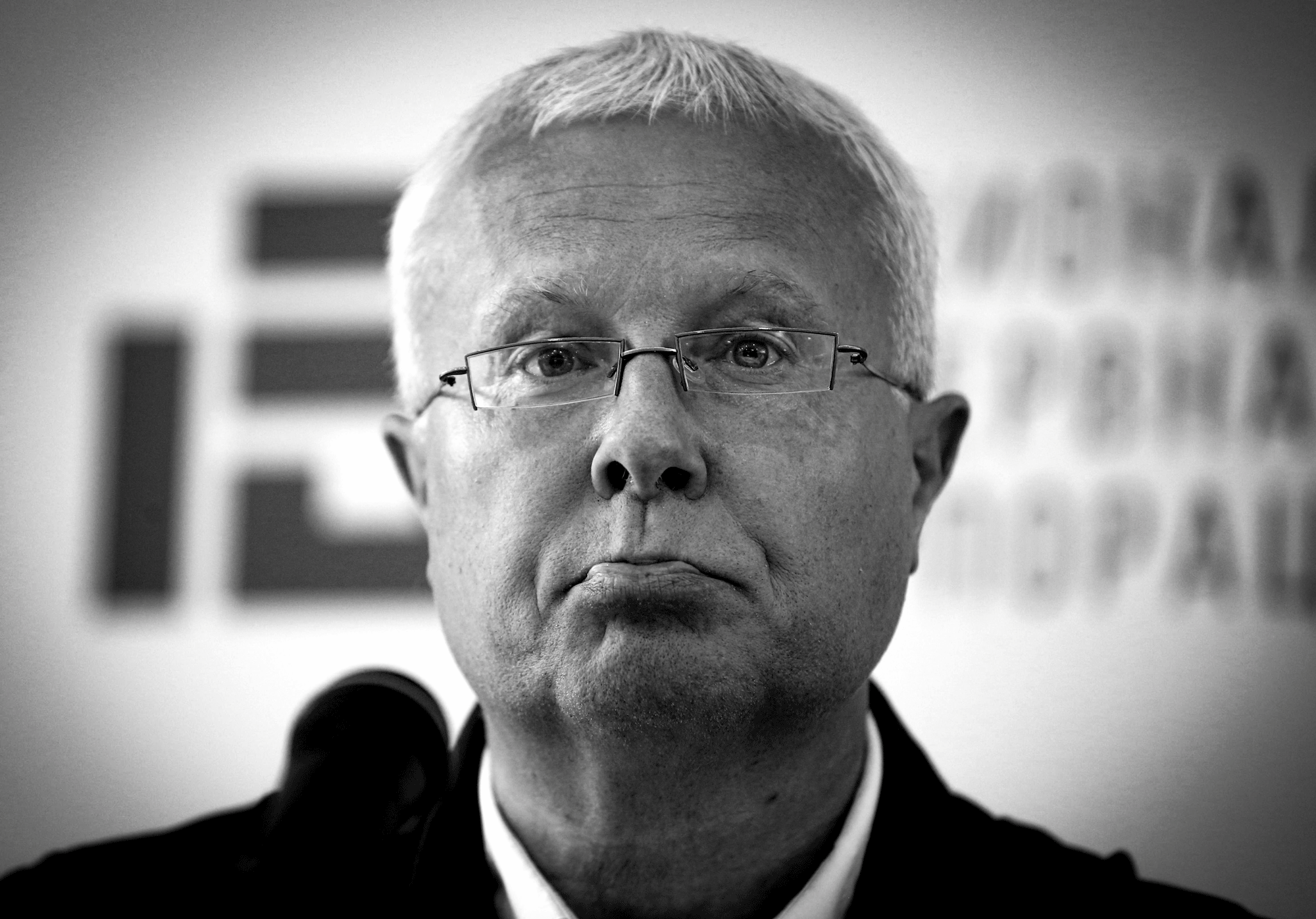 Johnson has also been a regular guest of Lord Evgeny Lebedev’s at the family Palazzo in Umbria, making the trip for four consecutive years from 2012 to 2015 when he was Mayor of London.

As revealed by Byline Times, he attempted to lobby Johnson, while he was London Mayor, to support his pet projects – including a Russian Arts Festival in the capital. Minutes from a meeting between the pair show that the festival was aimed at “transforming global perceptions” of Russia and that Lord Lebedev boasted of his links to the Kremlin as a means of obtaining funding. Ultimately, Johnson provided no support and the event didn’t materialise.

Byline Times has also revealed the budding friendship between Lord Lebedev and Saudi Crown Prince Mohammed bin Salman. The UK peer has recently joined the board of a Saudi scientific research project created and chaired by bin Salman.

The newspaper proprietor seems happy to sustain this relationship, despite bin Salman’s record of persecuting journalists.

American intelligence agencies concluded that bin Salman “approved an operation in Istanbul to capture or kill Saudi journalist Jamal Khashoggi” – who was murdered and dismembered while visiting the Saudi consulate in Istanbul, Turkey, in 2018. This conclusion was backed-up by UN special rapporteur Agnes Callamard, who accused the Saudi state of the “deliberate, premeditated execution” of Khashoggi.

What’s more, Lebedev Holdings – which in turn owns the Evening Standard and Independent – has been accused by the UK Government of being part-owned by the Saudi state, due to a series of “unconventional, complex and clandestine” deals involving a Saudi businessman that resulted in a 30% acquisition of the firm.

The Government initially sought to investigate the deal, suggesting that the Saudi Government could now potentially exert editorial influence over the publications. However, a tribunal ruled in 2019 that the Government had missed the deadline to force a full investigation into the investments.

“Editorial independence and freedom of expression have always been, and continue to be, critical to our publications,” a spokesperson for the media outlets said after the ruling.

Yet, there are reasons to doubt this statement. As revealed by Byline Times last year, the two publications accepted an undisclosed sum of money from Saudi Arabia to publish dozens of positive environmental ‘advertorial’ stories about the country before, during, and after the COP26 UN climate change summit in Glasgow.

The closeness of the Boris Johnson administration to the press – a co-dependent, mutually-sustaining relationship – has been one of the defining features of his premiership. It will be interesting to see if this pact perseveres when a changing of the guard takes place in Downing Street in September.

ESI Media did not respond to Byline Times’ request for comment.