Larry Cohen profiles the US Democratic Representative for California who, despite representing arguably the wealthiest place on Earth, is focused on appealing to working America

The United States is heading towards a full-scale showdown with a nativist, supremacist minority entrenching its power. The Supreme Court decision to overturn Roe versus Wade is just one part of the mobilisation underway in a rigged democracy.

The majority – represented in 2020 by the seven million more votes Joe Biden won than Donald Trump – may be crushed because the system is so undemocratic. If it is, it will also be because Biden has failed to mobilise his supporters, deliver where he could have, and express convincing anger when he has been frustrated.

A new factor is also driving down his support: devastating inflation. People have more jobs than ever but, when they have to drive to work, the price of gas may decide their vote – or the price of milk, up 38% since 2019. When it comes to inflation, Biden also seems unable to convince Americans that he is leading the fightback.

At the beginning of this month, in the coveted, prime editorial opinion space of The New York Times, the Democratic Representative for California, Ro Khanna, proposed an “all-out mobilisation, not just a few ad hoc initiatives”.

His conclusion used a language missing from the official opposition in the UK as much as in the US. “There is no patience for incrementalism or political spin about economic numbers in these times,” he said. “Democrats can’t just blame the Republicans for lacking a plan. People elected us to solve problems. We told them that government could improve their lives and they want to see tangible action, movement and energy out of Washington. Let’s reject the orthodoxy that makes us timid and dilatory about government intervention and show that our government is still capable of decisive action when it comes to both demand and supply.”

Denouncing a Supreme Court that proclaims US state governments cannot forbid people from carrying concealed weapons but may forbid a woman’s right to choose, Khanna is also capable of voting where his mouth is. Most recently he was the only member of the House Armed Services Committee to oppose adding $37 billion to the defence budget of $773 billion the President requested.

His record makes Khanna a leading member of the new generation of serious US progressives that are becoming the voice of besieged majority – now fighting for democracy across America. Another is Democratic Representative Jamie Raskin, who led the impeachment of Donald Trump, recently profiled in Byline Times by Katrina vanden Heuval. The chair of the Congressional Progressive Caucus in the House of Representatives, Democrat Pramila Jayapal, is also among them. All three are rooted in the real majority on which, I believe, our futures in Europe as well America depends.

Aged 45, Democratic Representative Ro Khanna is an outstanding example of the middle generation of US progressives and a politician worth watching as the United States struggles with overcoming Donald Trump and his legacy.

A complex problem-solver – pragmatic more than ideological – Khanna is willing to align with grassroots groups, from environmental to community and labour.

Born in Pennsylvania, the son of immigrant Indian-American parents – with a grandfather who went to prison with Gandhi – he identifies with and supports communities of colour while also optimistically believing in the promise and potential of a multicultural America.

The path for social change in the US begins in the House of Representatives and, within the House, with the Congressional Progressive Caucus (CPC). Led by Democratic Representative Pramila Jayapal, the caucus is home to Democrats intent on serious, realistic change and its growth arguably provides the best, if not only, path to move the progressive agenda.

For five years, Khanna has focused on the needs of working class families and, as deputy caucus whip, on building a stronger CPC.

This might seem surprising given his district includes California’s Silicon Valley. As he has observed, the companies registered there have a market value of $11 trillion, making it the wealthiest place on Earth. Yet, he is capable of challenging the tech giants. He demands Government policies that ensure their investments benefit all Americans. And, as his recent book Dignity in a Digital Age demonstrates, he has an exceptional grasp of the issues posed by new technology for democracy as well as employment.

Before his election in 2016, Khanna worked in the Obama’s Department of Commerce and focused on rebuilding America’s manufacturing base. In his book, Khanna argues that we must rebalance wealth and opportunity beyond the coasts to include the forgotten communities across the nation. Abandonment of these communities by government and investors has fuelled the rise of right-wing Trump authoritarianism and Khanna forcefully argues that innovative investment in rural and mid-America should be unleashed.

In a recent trip to Galesburg, Illinois, Khanna first addressed Monmouth College on the need to invest in Midwest manufacturing, and then spoke to workers laid off when the local Maytag washing machine plant moved to Mexico shortly after Whirlpool acquired the firm. With his focus on the value of “making things”, he was able to relate to both academics and workers, linking trade and tax policy to good jobs and strong communities. 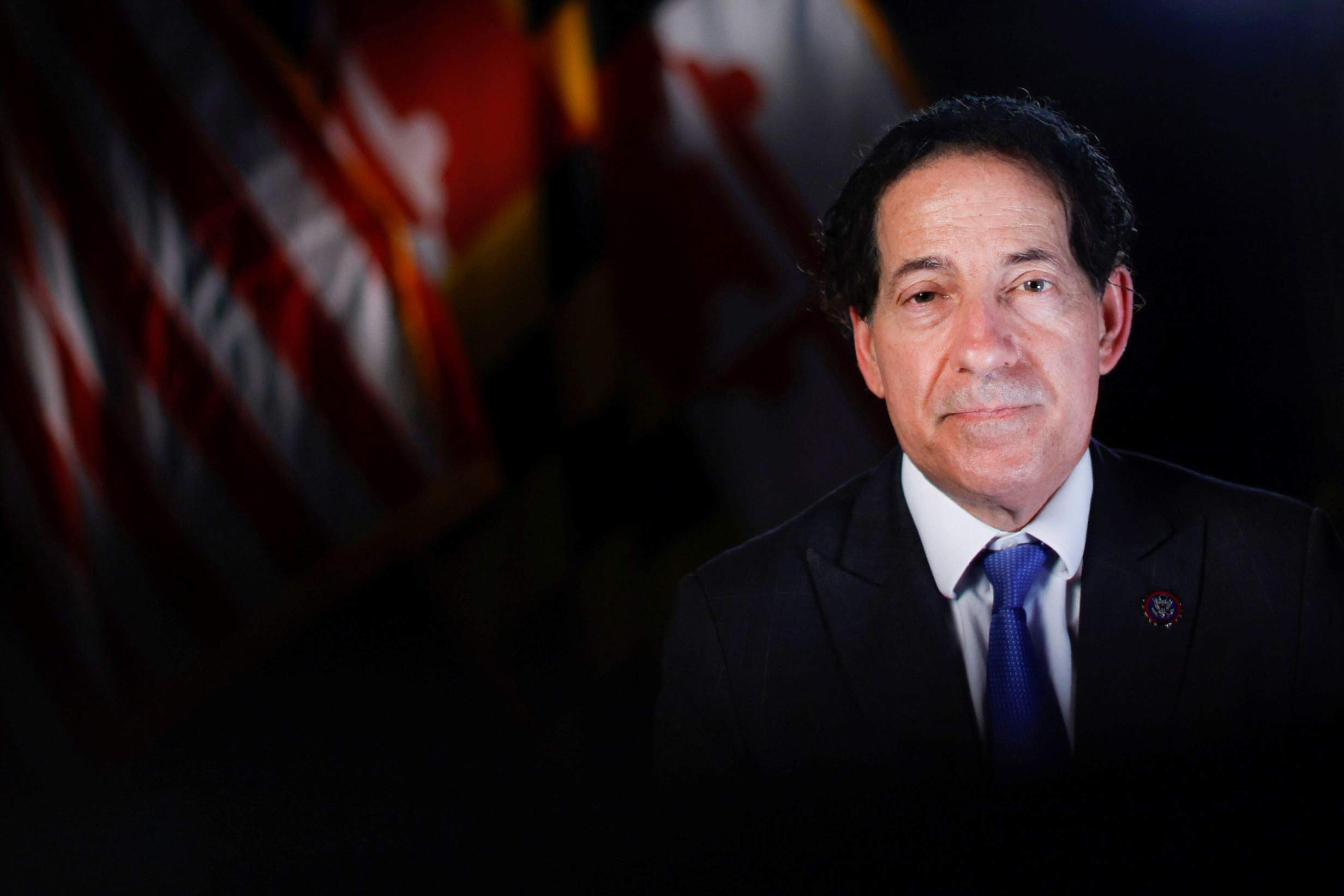 In 2020, Khanna was one of four co-chairs of Bernie Sander’s presidential campaign, supporting his core message of economic and social justice, as well as his own of investing in forgotten communities. He has also been a champion of ‘Our Revolution’, the successor organisation to ‘Bernie 2016’, leading on critical issues from environmental to economic justice.

In Congress, Khanna chairs the environmental sub-committee of the House of Representatives Oversight Committee. He has held hearings focused on fossil fuel companies and ending the special tax subsidies that encourage more exploration and drilling even as wildfires caused by global warming spread.

He recently introduced legislation that would tax the windfall profits of oil and gas enterprises and describes the 100-year impact of “petro-states” – including Russia and Saudi Arabia – as major threats to global peace and prosperity that, notoriously, lack innovation internally and suffer a massive deficit of democracy.

Khanna has led congressional efforts to end US support for the Saudi war against Yemen – a prime example of petro-state domination and brutality – deployed with US weaponry. He calls for a “moon shot” in renewable energy, as the way to break out of fossil fuel dependency and bring energy manufacturing opportunities to declining communities.

He also serves on the House Armed Services Committee and, from its platform, helps lead the effort in the House of Representatives to stop annual increases in the military budget and to end funding for new rounds of nuclear weapons. A long-time opponent of ‘regime change’, he argues that military spending is driving down social spending as well as encouraging military intervention and the “sale” of US weapons to authoritarian regimes.

Khanna believes that we must invest in children, wherever they live, with child care and free college. He sees wealth taxes that will fall disproportionately on billionaires in his district as a fine way to fund a better future. He supports cancelling student debt by executive action and has joined a chorus of CPC congressional Democrats demanding that Joe Biden act on this.

He is a core supporter of Medicare for All, co-sponsoring the legislation authored by Pramila Jayapal and Bernie Sanders. Like Jayapal, he supports interim steps that would gradually lower the eligibility age for Medicare and also supports Medicare negotiating pharmaceutical prices for the nation, cutting their costs nearly by half and matching the prices paid by other nations. These measures would rapidly pay for themselves by cutting current US  healthcare spending from its bloated 22% of GDP – way more than any other country.

While predictably progressive, as expected from a Sanders presidential campaign co-chair, Khanna’s reach is broader. It incorporates a unique perspective on the wealth generation of the well-known tech giants based in his district, praising their innovation but demanding that they decentralise investment. He also champions an ‘Internet Bill of Rights’ that includes data privacy and safeguards to protect against warrantless government surveillance. In his book he develops a call for a “progressive patriotism” echoing Frederick Douglass.

As a member of the core constituency of the CPC, leading and organising on key issues, Khanna seems secure as he runs for re-election in November. The CPC remains short of a majority of House Democrats but, as the election calendar moves forward, it already seems likely that there will be more progressive Democrats in the next Congress and that they will work to support a broad array of issues – from economic and environmental justice to criminal justice reform, curbing military spending and a new foreign policy. At the same time, they will be working with grassroots groups across the nation to generate a path for change that is practical and popular.

The typical knee-jerk response levelled at progressives is that they are impractical, unrealistic and do not appeal to working America. No one could make these charges against Ro Khanna.

Larry Cohen is the founding board chair of ‘Our Revolution’, the successor organisation to ‘Bernie 2016’. He was previously president of the Communications Workers of America, and has been a member of the Democratic National Committee since 2005

Turning the Chapter on the Johnson Years: My Wish List for our Next Prime Minister 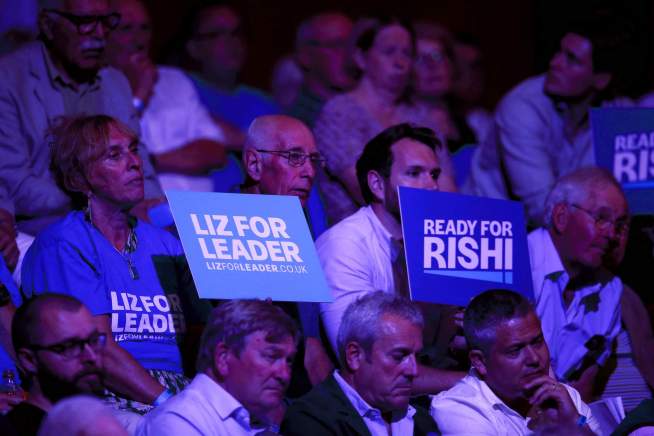 Thomas Perrett, 5 August 2022
With the UK heading for recession, the two remaining candidates to become Britain's next Prime Minister are committed to the same failed economic theories that created the current crisis, writes Thomas Perrett

There Can Be No Concessions or Negotiations with Vladimir Putin

Paul Niland, 3 August 2022
Kyiv-based Paul Niland explores why recent calls for Ukraine to come to a 'peaceful compromise' with Russia – despite its unprovoked invasion of the country continuing – cannot be adhered to 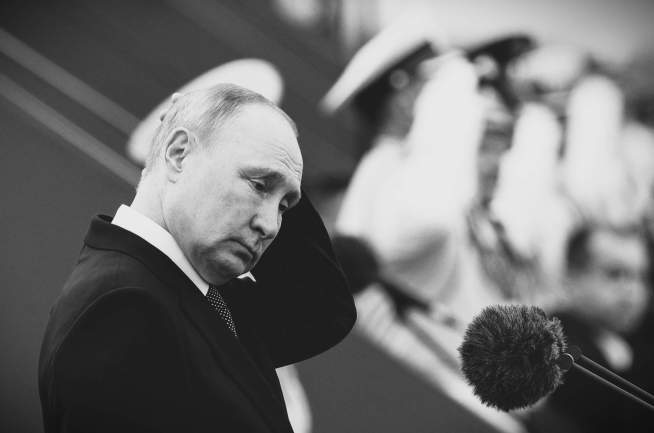