No notes were recorded at two meetings between the Prime Minister and his ‘real boss’ at the outset of the pandemic, reports Sascha Lavin

When a Times story claiming that former Foreign Secretary Boris Johnson had tried to hire his then-mistress-now-wife mysteriously vanished over the weekend, an article about cronyism was transformed into an even more concerning scandal about the Prime Minister’s relationship with the UK’s most influential press barons.

The Murdoch-owned paper seemed to cave to political pressure from Carrie Johnson’s team – not legal threats – and pulled the story.

Now, the Byline Intelligence Team can reveal more evidence that points to a worrying merger between Johnson’s Downing Street operation and the right-wing press.

The Cabinet Office has refused to release documents related to two meetings held between Boris Johnson and senior figures at the Telegraph at the start of the Coronavirus pandemic.

Instead, in response to a Freedom of Information (FOI) request, the Cabinet Office claimed that “there was no agenda or papers” for the May 2020 meetings between the Prime Minister, Daily Telegraph Editor Chris Evans and the de facto heads of the Telegraph Media Group, Aidan and Howard Barclay.

In other words: Johnson was holding undocumented meetings with the Telegraph at a crucial point in the pandemic – raising concerns about transparency and his dependency on the right-wing press. 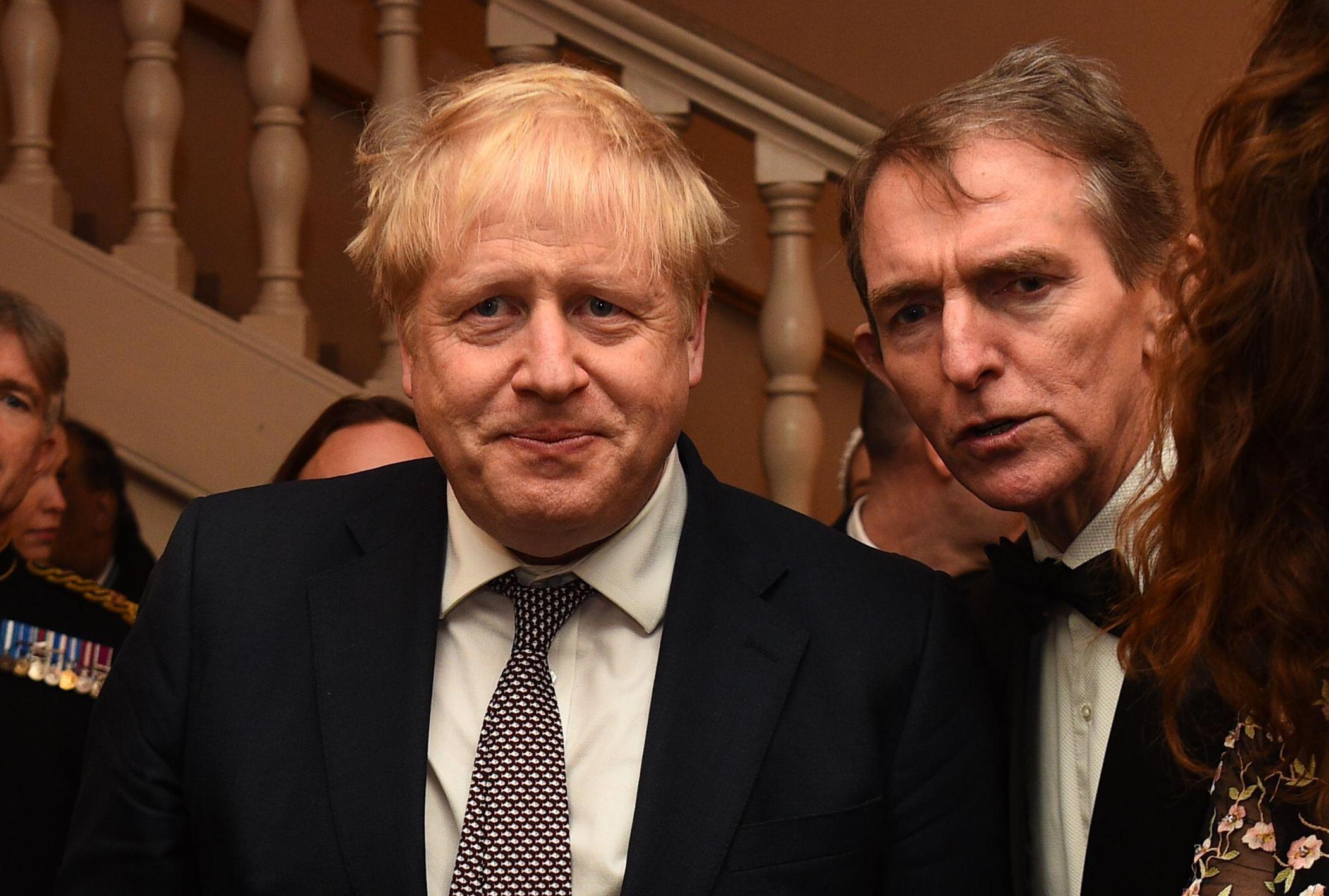 On 19 May 2020 Johnson hosted Aidan and Howard Barclay – the sons of the late Sir David Barclay, who are thought to run the billionaire family’s business interests. Two days later, the Prime Minister held a meeting with Daily Telegraph Editor Evans.

The Cabinet Office agreed to share some meeting details with the Byline Intelligence Team: the length – “less than an hour” with the junior Barclay brothers and “approximately an hour” with Chris Evans – and the location (both were held in Downing Street). But crucial details about content of the meetings remain unknown.

The agendas, briefings, and notes from the meetings were withheld because, according to the Cabinet Office’s FOI response, they simply do not exist. The Telegraph meetings were “informal business meetings”, they said, and so no such documents were to be expected.

A Number 10 spokesperson directed Byline Times to the Cabinet Office’s publicly available transparency documents, advising this paper that, “the Government transparently publishes informal meetings”. Yet, the entries for these two Telegraph meetings are conveniently opaque. Under the ‘purpose of meeting’ heading, there are only two words: “General Discussion”.

What “business” took place at these meetings is unknown – the Telegraph did not respond to Byline Times’ request for comment. However, one possible topic of discussion could have been the subsidies paid by the Government to the big newspaper groups, initiated during the early months of the pandemic.

The Prime Minister’s former chief aide Dominic Cummings has claimed that “Newspapers negotiated direct bungs to themselves with him [Boris Johnson]”.

There were “no officials on [the calls]”, he added, and Johnson “told officials to send the [money] dressed up as ‘COVID relief’”.

Cummings’ claims confirmed exclusive reporting by Byline Times, revealing the ‘All In, All Together’ subsidy scheme, which had an initial three-month budget of £35 million, launched in April 2020, and was still in operation two years later.

Without official documents, however, it is impossible to say whether these two Telegraph meetings formed part of the ‘negotiation’ described by Cummings.

This is not the first time that concerns have been raised about the Barclay family using their personal access to influence Conservative prime ministers. Aidan Barclay told the Leveson inquiry that he had advised David Cameron to call the then Telegraph editor, Tony Gallagher, every day in the run-up to the 2010 General Election. Barclay would also text Cameron, pushing for greater financial deregulation.

Gallagher, in his new position as the deputy editor of the Times, was the person who decided to spike the story about Carrie Johnson over the weekend. He has previously been pictured jogging with Boris Johnson at Conservative Party conference.

Johnson’s relationship with the Telegraph is long-standing, having been a £275,000-a-year columnist for the paper under Gallagher’s editorship. The Prime Minister has even referred to the Telegraph as his “real boss,” according to Cummings.

Indeed, Johnson has appeared to prioritise the Telegraph over the climate crisis, ducking out of the COP26 summit in Glasgow, hosted by the UK late last year, to take a private jet to a reunion party of former Telegraph journalists.

But it is not just the Telegraph that can boast a cosy relationship with Johnson’s Government: Byline Intelligence Team analysis revealed that between the beginning of 2020 to June 2021, ministers in Downing Street and the Cabinet office held 86 official meetings with members of the media – 70 of which were with journalists or executives at right-wing newspapers.

A free and fair press is necessary to hold power to account in a democracy. No wonder Johnson, in his bid to dodge scrutiny, has done his best to erode it.