Banks versus CadwalladrShining a Torch in the Darkness

Peter Jukes looks at the precarious persistence of investigative journalism in Britain – especially when it comes to Russia, Trump and Brexit – and the importance of the public interest defence

Even though I had little doubt Observer journalist Carole Cadwalladr had a great defence against the libel suit brought by the Leave.EU backer Arron Banks, the night before the judgment was handed down by the High Court was still a sleepless and troubled one.

Through the five years I have personally known Carole and followed her award-winning investigations into Cambridge Analytica, Facebook and Russian interference in the Brexit and Trump votes, there had been very little in the way of justice.

Back in June 2018, when I first obtained the tranche of emails between Arron Banks, his head of Communications Andy Wigmore and various figures at the Russian Embassy during the Brexit and Trump campaigns, I knew this was way beyond the one “boozy lunch” Banks had admitted to his book The Bad Boys of Brexit. These emails became the basis for several co-written articles in the Observer, and various follow-ups of Banks’ connections to Russia in The New York Times, the Washington Post and on Channel 4 News.

Those articles and programmes still stand. For the past two years, neither I, nor any of those august news organisations, have been sued for libel and threatened with financial ruin or public disgrace. Only Carole Cadwalladr has had to suffer that ordeal for 24 words she uttered in a 15-minute TED talk:  “And I am not even going to go into the lies that Arron Banks has told about his covert relationship with the Russian Government.”

I barely noticed those lines at the time. It seemed quite simple. Banks has constantly changed his story about the number and content of his meetings with the Russian Embassy. As for “not even going to go into it”, all I took Carole to mean was that Banks’ reasons for being evasive were unknown. Carole has never once said Banks financially benefited from the multiple meetings with the Russian Embassy. Indeed, one of the first things she said to me after seeing the email exchanges about gold consolidation deals and diamond mines between Banks and the Russian Ambassador was: “There’s no sign he received any money.”

British libel law, however, does not rely on intention but on what an average listener would have understood. At a preliminary hearing over ‘meaning’ three years ago, Mr Justice Saini ruled a reasonable listener would understand that “Banks told untruths about a secret relationship he had with the Russian Government in relation to acceptance of foreign funding of electoral campaigns in breach of the law on such funding”.

It was a blow. Since Carole had not intended that meaning, she couldn’t provide evidence that Banks illegally accepted foreign funds. The truth defence would no longer work.

She and her legal team had no choice but to opt for the public interest defence: in other words, even if people understood a false defamatory meaning from her words, this was defensible given the enormity of the issues at stake.

What Is Being MisconstruedAbout Banks v Cadwalladr 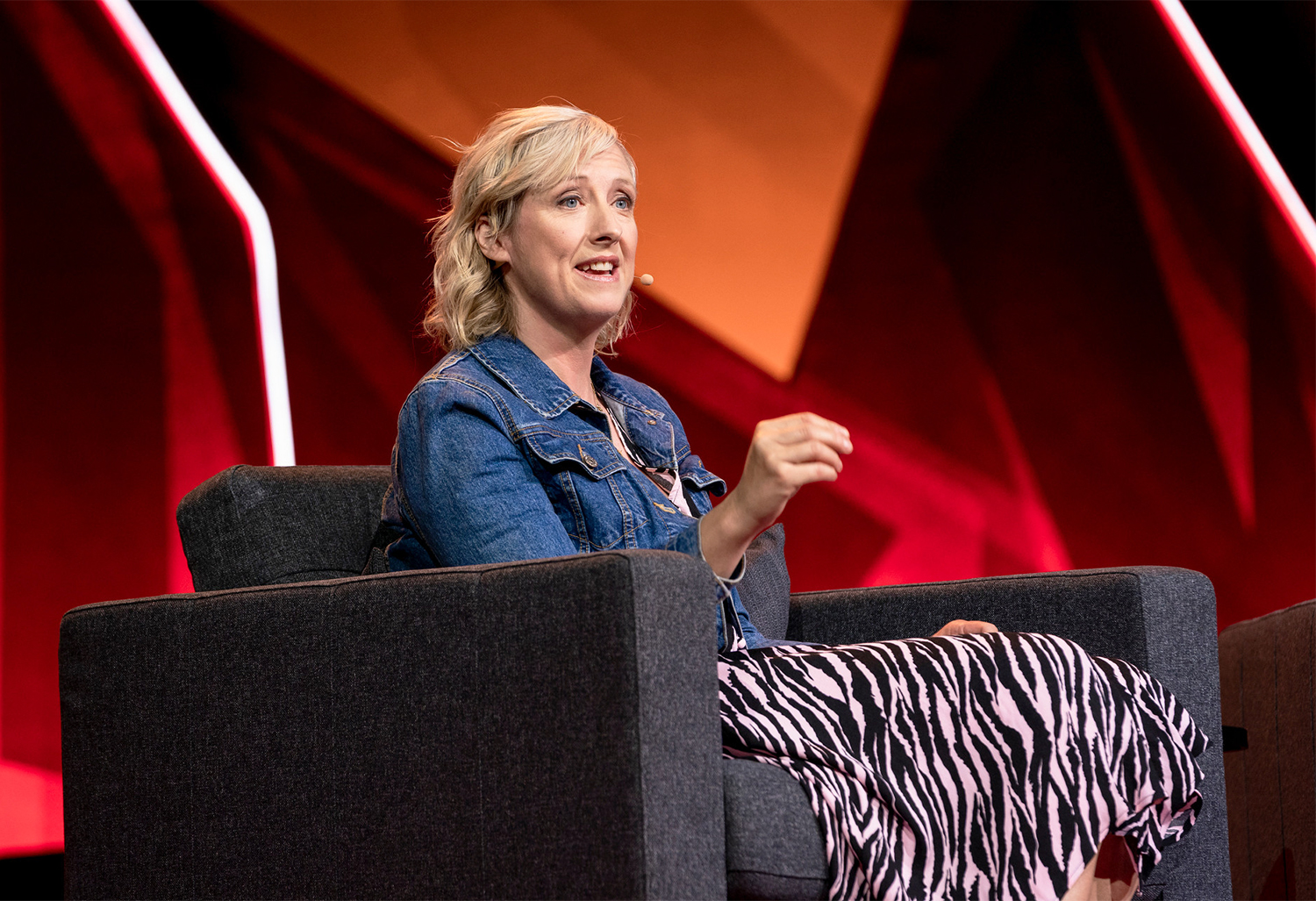 British libel law is difficult for journalists and so encouraging for rich would-be claimants that many overseas citizens pursue cases in the English courts (even on words which are barely read here) because the costs and the burden of proof are so chilling that publications are more likely to capitulate, issue an apology and pay damages. It’s one of the reasons why the late Sir Harry Evans told me he preferred working in the US, where the burden of proof is on the claimant rather than the journalist.

In general, every journalist wants to tie down every fact and meaning so they can have a truth defence. In that dream scenario, lucid information is clearly at hand so one can lay out all the story in such forensic detail no challenge is possible. But, in the messy real world, investigative journalism isn’t like visualising a vast spreadsheet or dissecting a body on an autopsy slab. The subjects of your investigation are either surly, aggressive, deceptive or silent. It’s less like a post-mortem or data crunching exercise than shining a torch in the dark while others try to wrest the torch from your hand.

That’s the reality for most journalists taking on organised crime, rich business people or collusion between oligarchs and their political placemen. You get a fraction of the truth and you pose questions and have to raise inferences, in good faith, hoping you are not misunderstood. When it comes to the hard edge of investigative journalism, the public interest defence is one of the last redoubts for those taking the risk of raising matters of urgency and import.

Essentially, the public interest defence means that, even if the meaning of a statement is potentially inaccurate or defamatory, there is an added protection if those statements – whether they concern high-profile policy decisions or the use of public money – speak to matters of high importance, and are published responsibly with an opportunity to comment.

Given that Banks is the largest-ever political donor in British history, loaning and donating at least £8 million to Nigel Farage’s Leave.EU campaign, it is not hard to see how his undisclosed meetings with the officials of a hostile foreign power – especially in the controversial and momentous result of the 2016 EU Referendum – wouldn’t be in the public interest.

As Gavin Millar QC said, summing up for Carole Cadwalladr, the TED talk was “unquestionably speech which addressed the matters of the greatest possible importance to the organisation of the political life of the country. Indeed, it is difficult to conceive of matter in which the public interest could be greater”.

Since the failure of his libel case, Arron Banks has said he is considering an appeal, and has tweeted “I won the only thing that mattered – Brexit” – thereby underscoring that this was always about politics rather than personal privacy and reputation. Banks has made himself a political figure who has used his money to affect the lives of all of us.

Over the past four years, Banks and Wigmore have defamed me on several occasions, claiming I had hacked his emails or used blackmail to obtain them (Justice Steyn dismissed these claims). But such is the political importance of those Russian meetings, I’m not going to use the law courts to dispel his misrepresentations of my work. I’ll use the public sphere to appeal to the court of public opinion.

Back in 2018, the suspicion of Russian interference in British elections was mocked by many from the left and right. It has since been underpinned by US congressional reports and confirmed by parliamentary select committees. Even Boris Johnson conceded Vladimir Putin tried to interfere in British elections, only adding that he had not ‘successfully’ interfered. Since Russia invaded Ukraine in February, Byline Times has produced official US military investigations that assessed that Brexit was part of the Russian President’s greater strategic plan.

None of this matters to the legal defence of Carole, or her reasonable belief in the public interest ‘at the time’. But it surely matters to the country, and to the future resolve of investigative journalists who would follow in Carole’s footsteps.

Since Banks is claiming Brexit as his brainchild, we should be allowed to ask how financially ruinous it has been for the country. If he had been victorious, this would not only have been ruinous to Carole financially, but would have chilled any further investigation into Russia’s role in Brexit.

But the cost of this victory has been too high and no individual should have to suffer over two years of such an ordeal.

The law should provide for a quicker strike-out for public interest cases. It should ensure defamation cases proceed from the substantial moment of publication (for example in the Observer) rather than consequent remarks made by the journalist.

I have seen firsthand the psychological isolation Carole has suffered without the backing of a publisher, not to mention the constant threats and trolling on social media and the silence of many of her peers. Justice Steyn wrote that she didn’t think Banks’ claim was a SLAPP (strategic lawsuits against public participation) case but there is little doubt that this protracted libel case has had the effect of silencing a prominent investigative journalist for over two years.

As Carole herself commented after the judgment, “my investigation into Brexit, Cambridge Analytica and Facebook triggered investigations on both sides of the Atlantic, record-breaking fines and findings of multiple breaches of the law, including by Mr Banks’ Leave.EU campaign. But I am the only person to ever face trial”.

What kind of country are we where no good deed goes unpunished; in which journalists are hounded for exposing wrongdoing, while the political and media class either applaud or sit on their hands?

We need those torches shining in the darkness, even if they flash across our minds with incomplete or partial impressions of the bigger picture. Because, without those shining a light, however small and flickering, we would never see anything. Our democracy would die in the darkness. And the costs of getting the small things wrong should never be at the expense of getting the big things right.