Werleman’s WorldViewAs Parents We Live in Fear of America’s Gun CultureWhat Could Change It?

In the wake of the latest school mass shooting, CJ Werleman reflects on what could finally shift attitudes to gun ownership in the US

The day my daughter completed high school in the United States counts among my happiest, not only because she was moving onto the next stage of her young adult life and university in Australia, but because I would never again have to live with the fear of her being shot to death on a school campus.

School shootings are something we thought and spoke about almost every day. It’s what every parent in America has thought and spoken about since a gunman shot and killed 20 children, aged six and seven years old, at Sandy Hook Elementary School, Connecticut in 2012, the year we moved from Indonesia to the US.

It’s impossible not to think about it because the near weekly school shooting incidents won’t allow you to forget them, and even when these attacks aren’t occurring, your child’s school reminds you of this ever-present danger by conducting regular active shooting drills, which can sometimes be as traumatic as the shootings themselves because they force kids to imagine their best friends and favourite teachers being gunned down before them.

UK professional tennis player Andy Murray, a two-time Wimbledon champion who survived a mass shooting at his elementary school in 1996, when he was 9 years old, expressed anger and dismay towards active shooter drills, saying, “How is that normal that children should be having to go through drills, in case someone comes into a school with a gun?”

In this sense, gun violence affects every American parent and child, not just those unfortunate enough to witness and survive a mass shooting attack, which have become a uniquely American phenomena.

The numbers speak for themselves and are barely worth restating, but the US accounts for 31% of all public mass shootings, globally, despite representing only 4% of the global population. The US has the highest level of gun ownership in the world, with 120 firearms per 100 people, which is twice as many as the country in second place – Yemen, a failed state mired in a 7-year-long civil war.

The United States’ stubborn refusal to do anything meaningful to combat its mass shooting pandemic is wholly unfathomable to non-Americans, including those from countries with proud hunting and farming cultures, vis-a-vis UK, Australia, Canada, and New Zealand.

“Australia experienced a massacre and changed its laws. New Zealand has had its experience and changed its laws. To be honest with you, I don’t understand the United States,” said New Zealand Prime Minister Jacinda Ardern in response to a question about why the US is unwilling to follow her country’s lead in banning automatic and semi-automatic weapons after a right-wing terrorist murdered 51 Muslim worshippers at a pair of mosques in Christchurch in 2019.

The El Paso Shooting and the Gamification of Terror 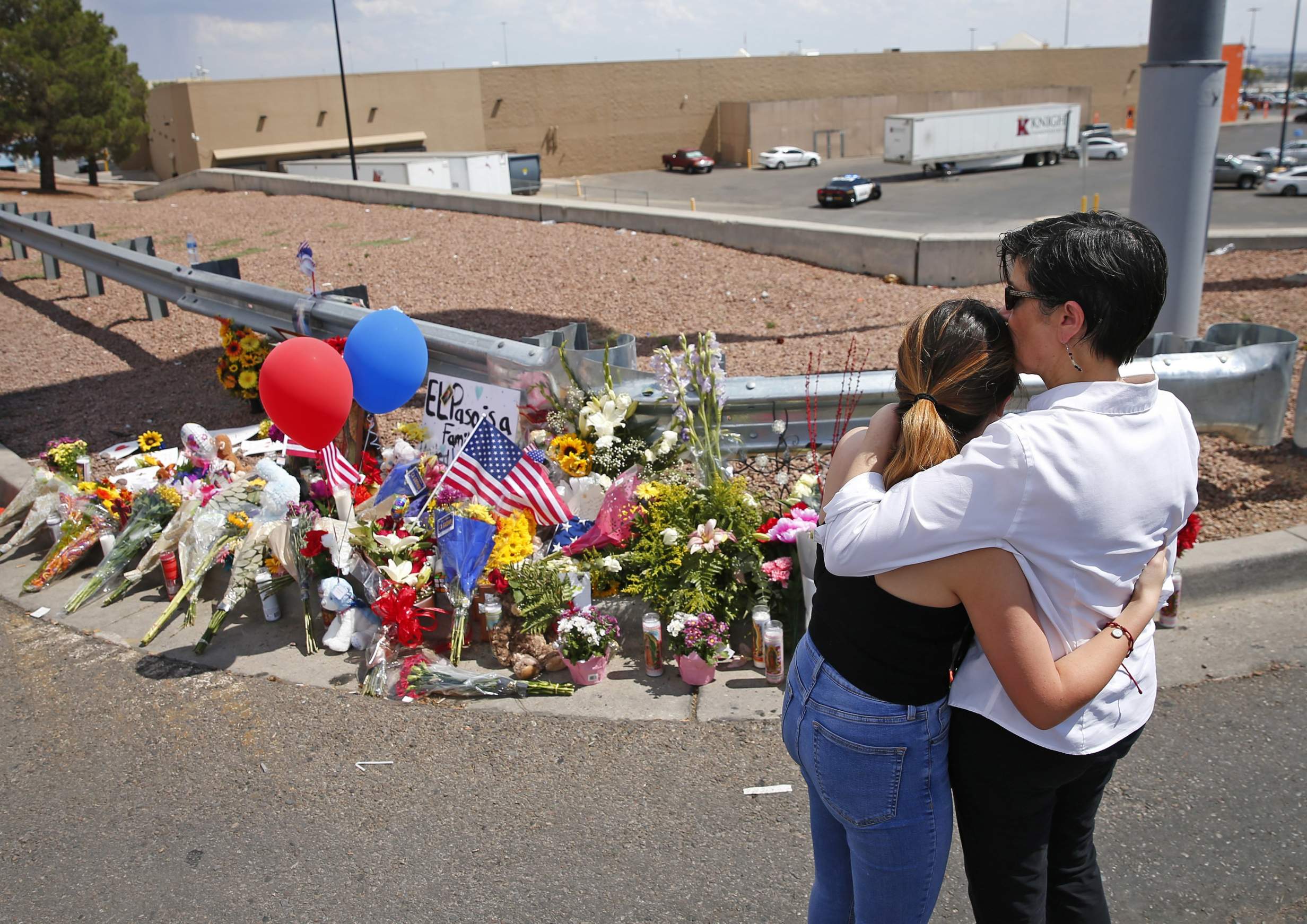 Despite having lived in the country for nearly a decade and taking an American citizen to be with my wife, there’s much I don’t understand about the United States, either, particularly as it relates to its immense affinity towards high-powered, battlefield weaponry meant to instantly kill people in droves.

But while not all Americans are wedded inseparably to their AR-15s, the reality of the matter is more than half oppose stricter laws covering the sale of firearms, according to a 2019 Gallup poll, an no number of mass or school shootings seems capable of moving the needle. Americans are as divided over gun control as they are on almost everything,

Even more frustrating is the myriad of propagandized pro-gun talking points and memes that have attained Gospel level “truth,” no matter how idiotic and easily disprovable their claims.

If you’ve spent even a small amount of time in the US, then it’s likely you’ve heard them all, but the one that did the rounds on social media in the wake of last week’s attack on Robb Elementary School in Ulvade, Texas, which left 19 toddler aged children dead, typifies the cognitive dissonance filled fantasy world inhabited by so many right-wing Americans.

The meme was started by Republican congressperson Lauren Boebert (R-CO), who is best known for her vicious attacks against Muslim members of the US Congress, when she told Fox News on May 27, “When 9/11 happened, we didn’t ban planes. We secured the cockpits. Secure the schools”.

Only a person who wasn’t alive at any point during the past two decades could interpret this to be a salient point or one of those so-called “own the libs” moment, but it was easily digested, internalized, and parroted by hundreds of thousands, if not millions, of gun-toting, Trump loving, Confederate flag waving folks across the country. Google the meme, and you’ll see what I’m talking about.

The meme only makes sense if you pretend that in the aftermath of the September 11 attacks, the United States didn’t – in a bipartisan fashion – completely overhaul the aviation industry, establish the $100 billion per year Department of Homeland Security, and spend $7 trillion on the “War on Terror,” a two decade long struggle that included the military invasion of two countries and the bombing of many more. The US also banned Muslim migrants and enacted immigration and counterterrorism policies that remain in place today.

But the explanation I have given here is totally useless against those who believe the meme, because for them, facts don’t matter, data doesn’t matter, and nor do the bullet ridden bodies of young school children matter, either. They clutch to their asinine arguments and that’s that.

Australian comedian Jim Jefferies summarized US attitudes towards guns best, when he told an American audience several years ago, “I am all for your Second Amendment rights. I think you should be able to have guns. It’s in your Constitution. What I’m not for are bullshit arguments and lies. There is one argument and one argument alone for having a gun and this is the argument: ‘F#ck off. I like guns!”

It’s not a good argument, but it’s argument, nevertheless. “There’s nothing wrong with saying I like something, don’t take it away from me,” added Jefferies.

To that end, taking away guns from American gun owners is never going to happen, despite President Biden’s call for a ban on assault weapons. The Republican Party is far too beholden to the National Rifle Association (NRA) and the politics of gun culture to consider such a move. It didn’t go unnoticed that Texas Governor Greg Abbott, a Republican, delivered a speech to an NRA convention in Houston, just three days after an 18-year-old, armed with an AR-15 assault rifle, murdered 19 children at Robb Elementary School, located only a few hundred kilometres away.

But outside of the politics as usual, there are some good ideas being put forward to limit or reduce the appeal of gun ownership.

Pamela Paul, a New York Times columnist, asks, “What if we got more ambitious with the messaging and went after gun ownership itself?”

“An effective campaign against buying guns could take any number of tacks,” she says.

“Trying to shift the consumer mind-set and public attitudes around guns is a challenge, given how hardened gun culture is. It might move the needle only incrementally. But given the pain and loss guns are already inflicting on this country, would it hurt so much to try?” asks Paul.

That questions can only be answered by every American parent who fears for the safety of their child at school.