The papers will attack Starmer and Rayner more viciously than Corbyn, writes Brian Cathcart. So they have nothing to lose and everything to gain by taking them on

If it did nothing else, the ‘Beergate’ assault on Keir Starmer and the ‘Basic Instinct’ attack on Angela Rayner should have convinced the Labour party of one thing: the right-wing press will stop at nothing to prevent them from winning the next general election.

Any idea that the Mail, Sun, Times and Telegraph might be less vicious towards a Starmer leadership than they were towards Corbyn is now proven to be Illusory. Equally, any notion that Labour might one day negotiate a truce with these papers, as Blair once did with the Sun, must be consigned to the realm of fantasy.

The corporate press is utterly committed to the wild experiment in far-right government that is underway in the UK, and Starmer, since he threatens that experiment, must expect the absolute worst from them. Indeed, they will be even more vicious towards him than they were to Jeremy Corbyn, precisely because – as a middle-of-the-road figure – he poses a greater threat.

So we can be certain that well before an election campaign begins they will unleash a howling frenzy of hypocrisy and dishonesty designed not only to render debate impossible but also to make voters hate and even fear Starmer personally.

What’s to be done? No rational politician with a commitment to democracy – of whichever party – can be content to see press power wielded so unscrupulously and in such a partisan fashion. This is obviously not the legitimate exercise of press freedom; a small group of wealthy corporations are using their resources and influence to swamp public debate.

As a result, British politics is like a dinner party where one guest talks continuously through a megaphone. Only one message can be heard. 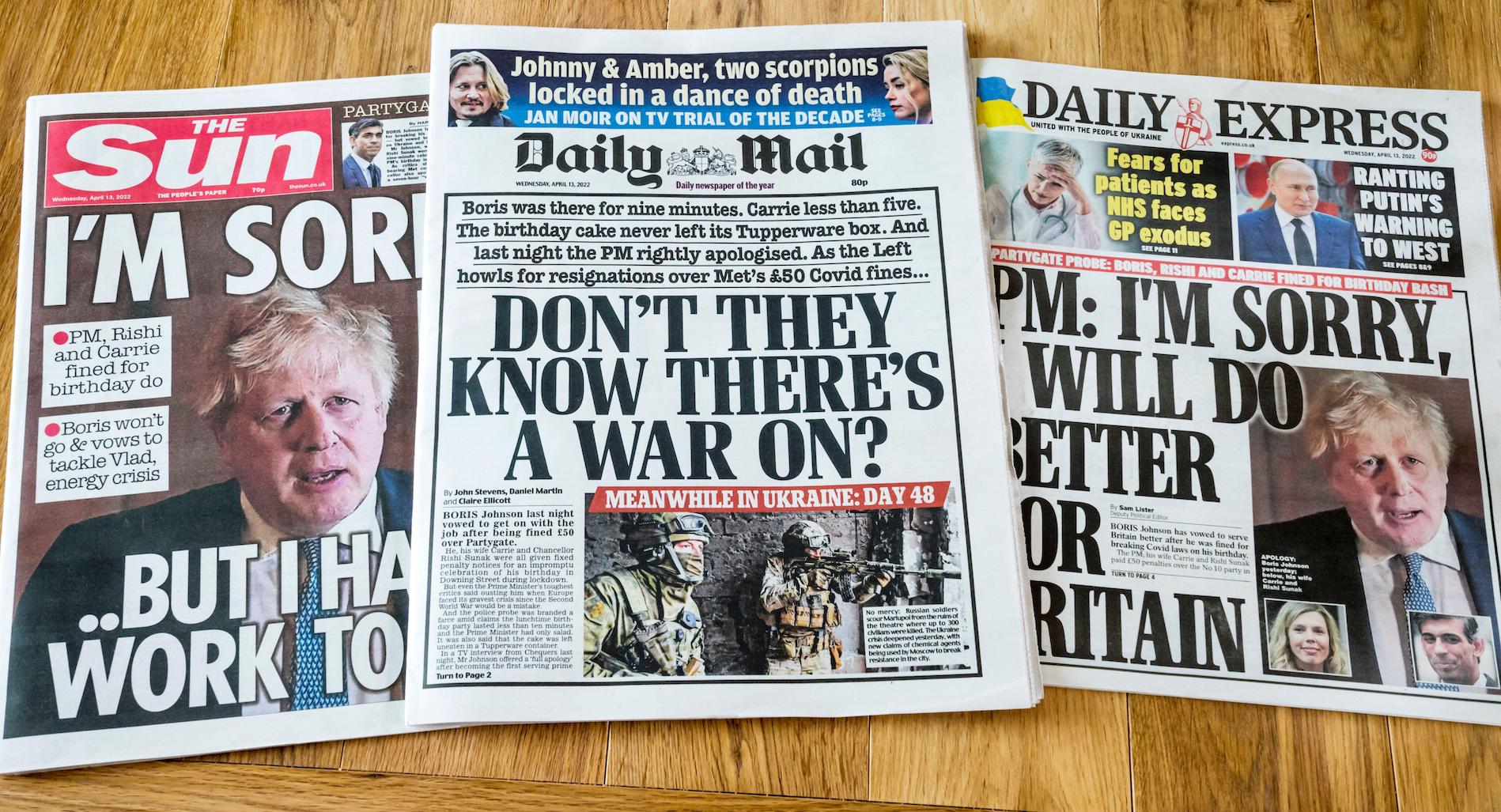 In such circumstances rational, democratic politicians do not have a choice: they must offer a way to make genuine debate possible again. They must promise meaningful press reform.

And it is not something to be buried coyly at the bottom of a manifesto. It is vital for democracy. A handful of tax-shy billionaires are claiming the right to decide how this country is run: what could be more important?

Solutions are to hand. Many were proposed, in detail, in the Leveson Report. They have compelling legitimacy – the fruit of a year’s very public investigation by a senior judge; every relevant party had their say; approved at the time by all parties in Parliament (yes, even the Tories); backed overwhelmingly by the public in opinion polls.

Effective regulation that is independent of both the industry and of political influence would be a start. Newspapers already promise, under their code, to ‘take care not to publish inaccurate, distorted or misleading information’: let’s hold them to that instead of allowing their patsy ‘self-regulator’ IPSO to turn its perpetual blind eye.

Press ownership needs to be regulated too. It can’t be right that organisations ultimately owned in Delaware (the Sun and the Times), Bermuda (the Mail) and the Channel Islands (the Telegraph) have such influence over the lives of millions of British citizens. Nor can it be right or healthy that so few own so much.

Again there are good ideas on the table. The Cairncross Review proposed the creation of an Institute for Public Interest News, a big body akin to the Arts Council and independent of government that would promote and fund trustworthy journalism.

Broadcast journalism, led by the BBC and regulated by Ofcom, also needs to be freed from ministerial meddling and crony appointments and encouraged in a constructive, democratic spirit. The myth that impartial news broadcasting is impossible in the 21st century needs to be refuted.

Will the corrupt national press hate all this if they see it in a Labour manifesto? Of course. They will go bananas. But they will go bananas anyway. Remember, they deployed the madness of ‘Beergate’ for the local elections when press reform was nowhere on the agenda.

Press reform is not extreme or left-wing, for those afraid of such things. And it is popular and has been for years. People are familiar with regulation, which exists in almost every walk of life, and many consider the idea of press ‘self-regulation’ absurd or worse, especially when they are reminded of the serial outrages from the Daniel Morgan case to Madeleine McCann and from Mazher Mahmood to Caroline Flack.

No one knows whether Labour can win a general election but one thing is certain: pandering to the press monster will not help it. On the other hand, getting this raging beast off the nation’s back would be an achievement for the ages.