Between 15,000 and 17,000 people are lured into the United States each year by false promises of decent paying jobs and better lives, according to the US State Department. Only to learn upon their arrival that they are unwitting victims of human trafficking or what is often described as modern slavery.

While the criminal practice is particularly rife in industries that lack government regulation or oversight, it also exists in the unlikeliest of places – including those of religious worship.

This was revealed last November when US federal authorities raided the temple of a prominent Hindu sect in New Jersey. It did so after learning that it was luring low-caste laborers from India to conduct work on the temple in Robbinsville, New Jersey, and other temples in Atlanta, Chicago, Houston and Los Angeles. It paid them as little as $1.20 per hour in a state that demands a minimum wage of $12 per hour.

Lawyers for the trafficked labourers said in a lawsuit that Bochasanwasi Akshar Purushottam Swaminarayan Sanstha – a Hindu sect known as BAPS – had exploited possibly hundreds of low-caste men for temple-related construction projects, which required each man to perform 13 hours a day of labour, including lifting large stones, operating heavy machinery, digging ditches, shovelling snow, and building roads and storm drains.

The lawsuit stated that their passports were confiscated and that they were also subjected to forced confinement, threats and other forms of abuse.

“At the Robbinsville temple, and elsewhere, the defendants intentionally caused the workers to reasonably believe that if they tried to leave their work and the temple compounds, they would suffer physical restraint and serious harm,” the lawsuit said.

What makes this case particularly interesting is the close relationship BAPS enjoys with India’s Prime Minister Narendra Modi and the far-right, ultra-nationalist party he leads – the Bharatiya Janata Party (BJP). 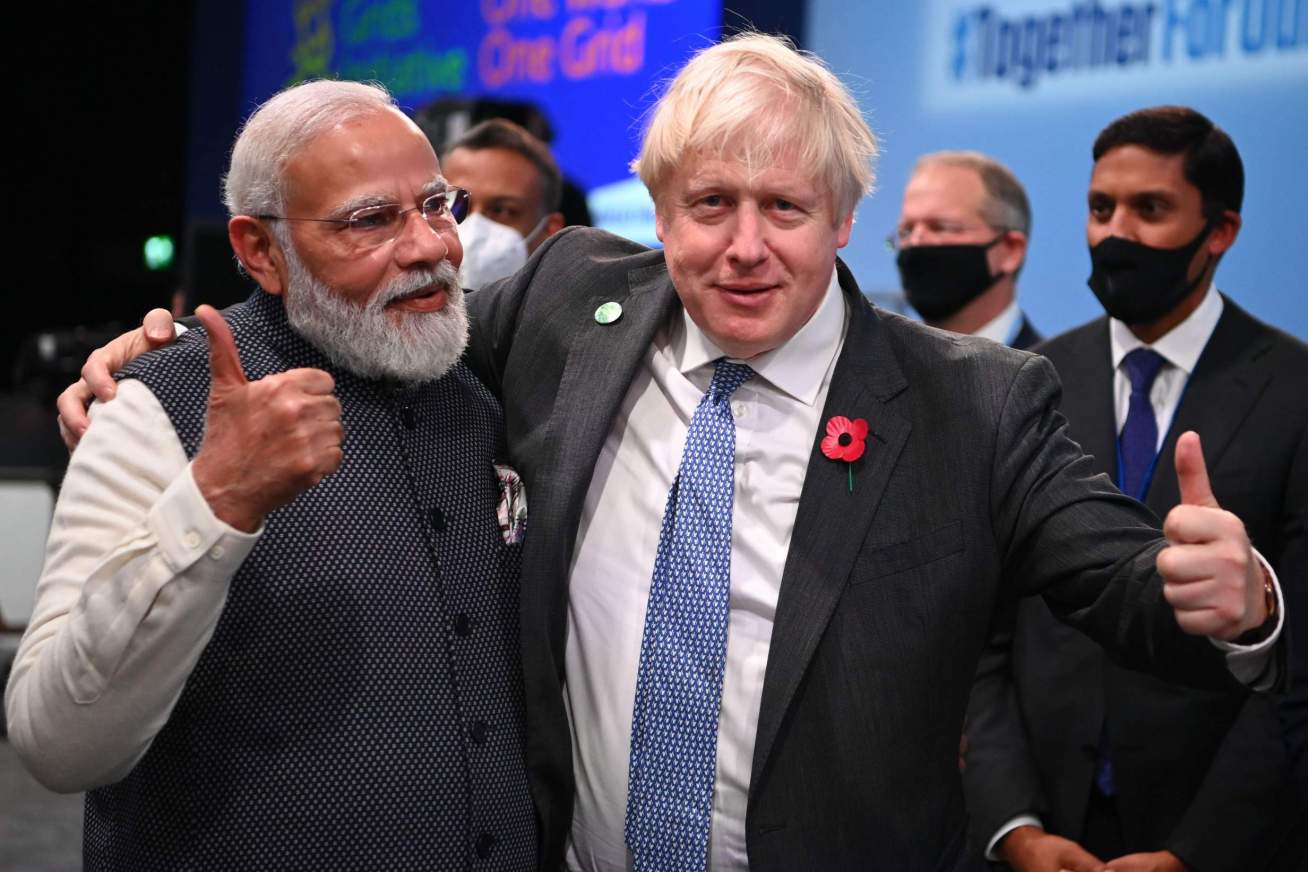 BAPS, which now has more than five million devotees worldwide, was founded and based in Modi’s home state of Gujarat – the site of an anti-Muslim pogrom in 2002, when Modi was the state’s then chief minister. For these reasons, Gujarat has been called a “laboratory for Hindutva” – a Hindu nationalist ideology that aims to transform India into a Hindu-only nation by expelling 300 million Muslims, Christians, and Sikhs. The state is also BJP’s electoral stronghold.

BAPS has more than eight temples and 1,000 members in the US and Canada.

Martha C Nussbaum, an Ernst Freund Distinguished Service Professor of Law and Ethics at the University of Chicago, has accused it of “inculcating militant Hindu nationalist ideology among its followers”, in her book The Clash Within: Democracy, Religious Violence, and India’s Future.

In 2018, Modi entrusted BAPS to build a temple in the United Arab Emirates, saying in front of 1,700 dignitaries at its launch in Abu Dhabi that it “will act as a catalyst for the flourishment of humanitarian values and harmony between the two countries” and “become a medium for India’s identity”.

According to The New York Times, BAPS also donated the equivalent of $290,000 towards Modi’s promise to build a Hindu temple atop the ruins of the ancient Babri Mosque, which was destroyed by Hindu nationalists in 1992, setting off a wave of communal violence – the embers of which still burn fiercely today. When India’s Supreme Court granted permission for the construction of a temple on the site last year, Modi proclaimed: “The wait of centuries is coming to an end.”

His words symbolised his “total domination over India”, observed Arati Jerath, an Indian pollical commentator, at the time.

These ties explain why India’s right-wing ecosystem has leapt to the defence of BAPS by falsely claiming that a US-based construction company is responsible for the human trafficking taking place at half a dozen of its temples in America.

But the allegations laid bare against BAPS in the lawsuit could not be clearer. It has been charged under several US federal and state laws, including the Trafficking Victims Protection Act, the Fair Labor Standards Act and wage laws.

The lawsuit also brings into view the relationship between BAPS and prominent right-wing Hindu organisations in the United States – including the Hindu American Foundation, the Hindu Swayamsevak Sangh, and the Vishva Hindu Parishad America.

Last year, Byline Times revealed how some of these organisations – particularly those promoting vicious Islamophobia – are lobbying US law-makers to adopting pro-Indian Government policies and talking points related to Kashmir and the Citizenship Amendment Act, a discriminatory law targeted at Muslims.

In 2015, Hindu American Foundation executive director Suhag Shukla delivered the keynote speech at a BAPS women’s conference – and then paid it $5,500 to host a Diwali celebration in Washington’s Capitol Hill in 2019, according to the foundation’s US financial statements.

Notably, the Hindu American Foundation’s founding board member, Dr Mihir Meghani, authored the ideological manifesto Hindutva – the Great Nationalist Ideology, which serves as a guiding light for Narendra Modi and the BJP. It calls India the “land of Hindus”, while arguing that the Muslim presence in the country is an outcome of “Islamic invasions” and “forced conversions” – despite both claims being ahistorical and rooted in hate.

Revelations that BAPS is profiting from the trafficked labour of low-caste Indian migrants is yet another layer in the extreme Hindu-nationalist project persecuting religious minorities in the world’s largest democracy.