What do NATO and Vladimir Putin have in common? A mortal fear of climate protestors rooted in their systemic fossil fuel addiction, reports Nafeez Ahmed

A top NATO-backed think tank is trying to rewrite its receipt of funding from Russia following a Byline Times investigation into its demonisation of climate action.

Vladimir Putin’s aim is to sow chaos in Europe. That is why it’s particularly significant that this British national security lobbying group funded by four giant oil and gas firms, several NATO members, along with the Russian Government, is warning that climate activists will turn to “violence”.

The International Institute for Strategic Studies (IISS) published the claims in February in a new research paper, ‘Green Defence: The Defence and Military Implications of Climate Change for Europe’, shortly before Russia’s invasion of Ukraine.

The IISS is funded by some of the world’s biggest fossil fuel majors – including BP, Chevron, Shell and Equinor, as well as the British Army, US military, other Western governments, private military contractors, and authoritarian Gulf regimes.

It also receives funding from the Russian Government – the biggest oil and gas exporter in the world.

However, this detail was quietly removed from the IISS’ website without notice, shortly after Russia’s invasion of Ukraine.

Its new paper claims that “violent” climate activism is among the world’s top climate-related security threats.

As previously reported by Byline Times, the Russian President’s long-term strategy has been to counter NATO’s expansion by sowing discord within the West through information warfare – a strategy in which the Brexit referendum was seen as a leaping-off point.

The more preoccupied the West is, tearing itself apart over competing nationalisms, the easier it is for Vladimir Putin to roll-back NATO and secure his ambitions to reassert Russian influence in former Soviet territories.

The Western climate movement is an especially important target for Putin.

Russia’s state revenues – and with them the oligarchic structures by which Putin rules Russia – depend on Russia’s carefully cultivated monopoly of the biggest fossil fuel commodities in the world. Russia is the world’s number one exporter of oil, gas and wheat produced using fossil fuel intensive industrial techniques.

But climate activism and the threat of net zero ‘decarbonisation’ threaten Russian power in a way that not even NATO can. Because kicking our addiction to fossil fuels over the coming decades translates into the disappearance of Russia’s prized fossil fuel export markets. As Russian state revenues haemorrhage, so too will the vast concentrations of wealth sustaining Russia’s oligarchic power structures.

Therefore, perhaps it is not entirely surprising to see a new romance blossoming between Putin and Big Oil firms in the West.

No wonder the American Petroleum Institute, the Washington DC lobbying group for oil and gas companies, not only called for more fossil fuel drilling at home, but opposed sanctions on Russian oil and gas (some of which is produced by American fossil fuel firms).

As governments have sought to shore-up energy security by diversifying their fossil fuel supplies away from Russia, in response, the Extinction Rebellion climate protest movement has proposed to block oil refineries in the UK and flood the streets of London while demanding an end to the fossil fuel economy, which it blames for Russia’s ability to invade Ukraine. Though aimed at causing mass disruption, the planned actions do not involve violence. 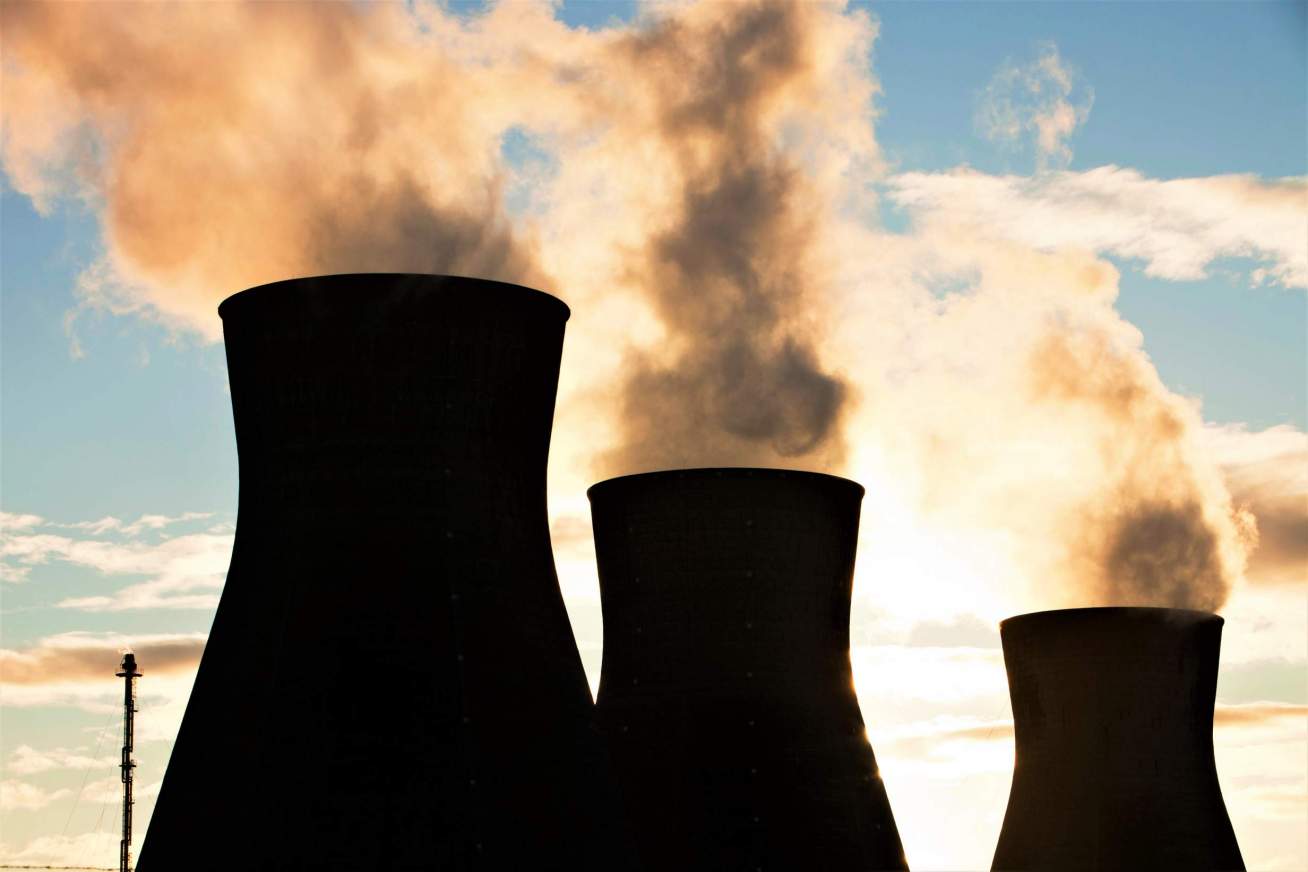 The IISS laid the groundwork to frame the climate movement as a threat with its Green Defence paper.

It is authored by IISS senior fellow Ben Barry, a former director of the British Army Staff in the UK Ministry of Defence, with contributions from associate fellow Shiloh Fetzek and Lieutenant Colonel Caroline Emmett who holds the British Army Chief of the General Staff’s Visiting Fellow post. Emmett is currently a serving Army officer.

It gives a glimpse into the narrow, short-sighted thinking that often plagues conventional security paradigms.

The paper acknowledges that climate protestors today show no signs of engaging in systematic violence. Yet still it speculates – baselessly – that climate activists may increasingly engage in violent protests, including acts of destruction against institutions considered to be complicit in climate change.

“While climate activists currently adhere to non-violence, it is conceivable that climate activism could become violent, resulting in sabotage and attacks on targets that extremists see as ‘climate enemies’,” it concludes.

It goes on to claim that the probability of climate activists engaging in violence all over the world will multiply as the devastating impacts of climate change worsen over time: “Such threats could occur both outside and within Europe, with violent climate activists assuming mandates at national, regional, and international scope. As the adverse effects of climate change multiply, there is an increasing probability of such actions.”

Despite calling itself a ‘research paper’, it fails to provide any research, data or evidence for the belief that violent climate protestors operating nationally, regionally and even worldwide should be viewed by defence agencies as a top climate-related security threat.

While unmitigated climate change can certainly be expected to aggravate the risk of societal instability – and relatedly, conflicts – the paper provides no compelling facts proving that rising instability will translate into acts of violence by climate protestors.

BP, Chevron, Shell and Equinor – Norway’s state-owned oil firm – are among the IISS’ top private sector supporters, contributing to its “principal income” through contributions annual contributions ranging from £25,000 to £99,000 each.

Other funders include fossil fuel-producing Gulf regimes, such as Kuwait, Iraq, and the UEA; as well as national banks like the Japan Bank for International Cooperation, airlines like British Airways, and automotive giants like Mitsubishi.

In February, the IISS website included the “Embassy of the Russian Federation of the UK” on “a list of governments, foundations, IISS corporate partners and individuals from whom the IISS drew its principal income in the last fiscal year ended on 30 September 2018”.

In the section titled ‘Membership, Sponsorship and Royalties’, Russia was listed in the category of donors providing up to £24,999 to the organisation.

The original listing is visible in archived webpages dated November 2021.

Although a spokesperson for IISS said that they would respond to Byline Times’ request for comment, instead, after Russia’s invasion of Ukraine, the Russia entry on the governance section of the IISS website was inexplicably removed.

No response from the IISS was received.

The IISS’ Green Defence paper goes on to speculate that many of the very industries and interests represented by the IISS’ chief sponsors will probably be targeted by violent climate activism.

“Yet European citizens and businesses, including airlines, energy, aerospace and shipping companies, and even armed forces, could become potential targets,” it states.

And in a veiled nod to Russia, as well as other major fossil fuel exporters: “At the same time, countries with economies that depend on exporting hydrocarbons will be vulnerable to the consequences of global decarbonisation.”

As the world’s biggest exporter of oil and gas, Russia is especially vulnerable to the shift away from fossil fuels.

The IISS paper is alarmingly aligned with the UK Government’s pursuit of draconian legislation which would potentially criminalise peaceful protests against fossil fuel companies and their supporters.

A large chunk of IISS’ funding comes from Western governments, particularly the UK, as well as some of the biggest defence companies which make most of their profits from government contracts.

The paper itself was funded by the German Federal Foreign Office, and the IISS more broadly receives sponsorship from a range of state and private military institutions. Germany, of course, is massively dependent on Russian gas – and is only now grappling with how to extract itself from this dependence, following Russia’s invasion of Ukraine.

Other major funders and supporters include: the British Army, the US Army Futures Studies Group, NATO and the Organisation for Security and Cooperation in Europe (OSCE); the defence departments of the UK, Canada, Germany, Denmark, Spain and Singapore; the foreign affairs ministries of the UK, Australia, Canada, Germany, Singapore, Norway, and Switzerland; as well as the Kingdom of Bahrain and the Qatar Armed Forces Strategic Studies Centre.

This nexus of funding sheds light on the contradictions of the current moment: the war in Ukraine has been made possible by Russia’s status as the world’s biggest oil and gas exporter, which underpins its military might.

And, as Vladimir Putin’s war in Ukraine wages on, the fracturing of Western nations into internal feuding over fossil fuels – rather than a concerted acceleration of decarbonisation – is exactly what he wants. He would much rather that climate protestors, fossil fuel companies, and governments in the West clash in an apocalyptic confrontation of violent protest and militarised crackdowns, than come together in a unified acceleration of clean energy transformation.

By demonising climate activists, this think tank is playing right into Putin’s hands, and inadvertently exposing the biggest vulnerability of all. While Western governments rail against his authoritarianism and warmongering, they share with him an abject dependence on fossil fuels, associated industries, and revenues – and a mortal fear of popular climate action.