As the jockeys put on their silks and the horses gallop at Cheltenham, a new report from the Byline Intelligence Team and The Citizens can reveal the numerous connections between those in the industry and the Conservative Party

The Conservative Party has received at least £1.2 million in donations over the last 10 years from individuals and companies with notable interests in professional horse racing, much of it coalescing around the Jockey Club, its subsidiaries and directors, an investigation from the Byline Intelligence Team and The Citizens can reveal.

The annual Cheltenham Festival kicked off this week – an event that was accused of spreading COVID-19 among racegoers two years ago. Cheltenham racecourse is owned by the Jockey Club.

There are no allegations of wrongdoing on the part of those mentioned in this article. Rather, the network between the Conservative Party and the UK’s horse racing elite provides an interesting insight into the world of Conservative politics.

Donors linked to the Jockey Club include Alexander ‘Sandy’ Dudgeon, who was appointed as a steward (director) of the club in 2018. Dudgeon gave £2,500 to the Conservative Party in March 2021.

Dudgeon previously sat as an advisor to the Wates Group from 2005 to 2010. Members of the Wates family are Conservative donors, and are known to have an interest in racing, with former director Andrew Wates having been a director of Jockey Club Racecourses.

Chairman of Jockey Club Estates, Peter Stanley, donated £5,000 to former Health and Social Care Secretary, and horse enthusiast, Matt Hancock in 2019. Hancock is the MP for West Suffolk – which includes the town of Newmarket, whose racecourse is owned by the Jockey Club.

Jockey Club Estates directors Tim Syder and Duke Andrew of Bedford, have between them donated a further £70,500 to the Conservatives.

“The Jockey Club has no political affiliation and we are proud to welcome employees and members from a wide diversity of backgrounds and viewpoints. How an individual chooses to vote or whether they become a member of any major political party is entirely their prerogative and does not involve us. It has no bearing on or benefit to the Jockey Club, which is governed by Royal Charter to support the long-term health of British horse racing and is a major contributor to all of the communities we operate in nationwide,” a spokesperson for the organisation told Byline Times.

Reports in The Mirror in 2020 revealed how former Health Secretary Hancock had also received £350,000 from figures linked to horse racing, including £140,000 from racehorse owner Bill Gredley’s Unex property business, and £132,400 from horse auctioneer Tattersalls, both of whom are included in our updated figure.

The Mirror also revealed that Hancock used to rent a Grade-II listed property on the Thurlow Estate – a property owned by Lord Vestey and his family. Vestey was chair of Cheltenham Racecourse for 21 years.

One of the Conservative Party’s largest donors, Lord Bamford, also has links to elite horse racing and Hancock, with the former Cabinet minister once riding a horse co-owned by Bamford’s wife. Hancock rode Star of Bengal at a race in Newmarket in December 2019, tweeting afterwards: “Brilliant riding out in Newmarket this weekend on Star of Bengal. I’ll always support the wonderful sport of horse racing”.

Lady Bamford denied any knowledge of the event, with a spokesperson stating: “Lady Bamford has never met and does not know Matt Hancock. Equally she was unaware of him riding Star of Bengal”. Hancock’s spokesperson said the ride had been arranged through John Gosden, who was Star of Bengal’s trainer. Gosden has donated £25,000 to the Conservatives, including £10,000 to Hancock personally.

Lord Bamford, his family and his company, JCB, have donated more than £9 million to the Conservative Party over the last 20 years. The opening race on the final day of Cheltenham 2022 is the JCB Triumph Hurdle. 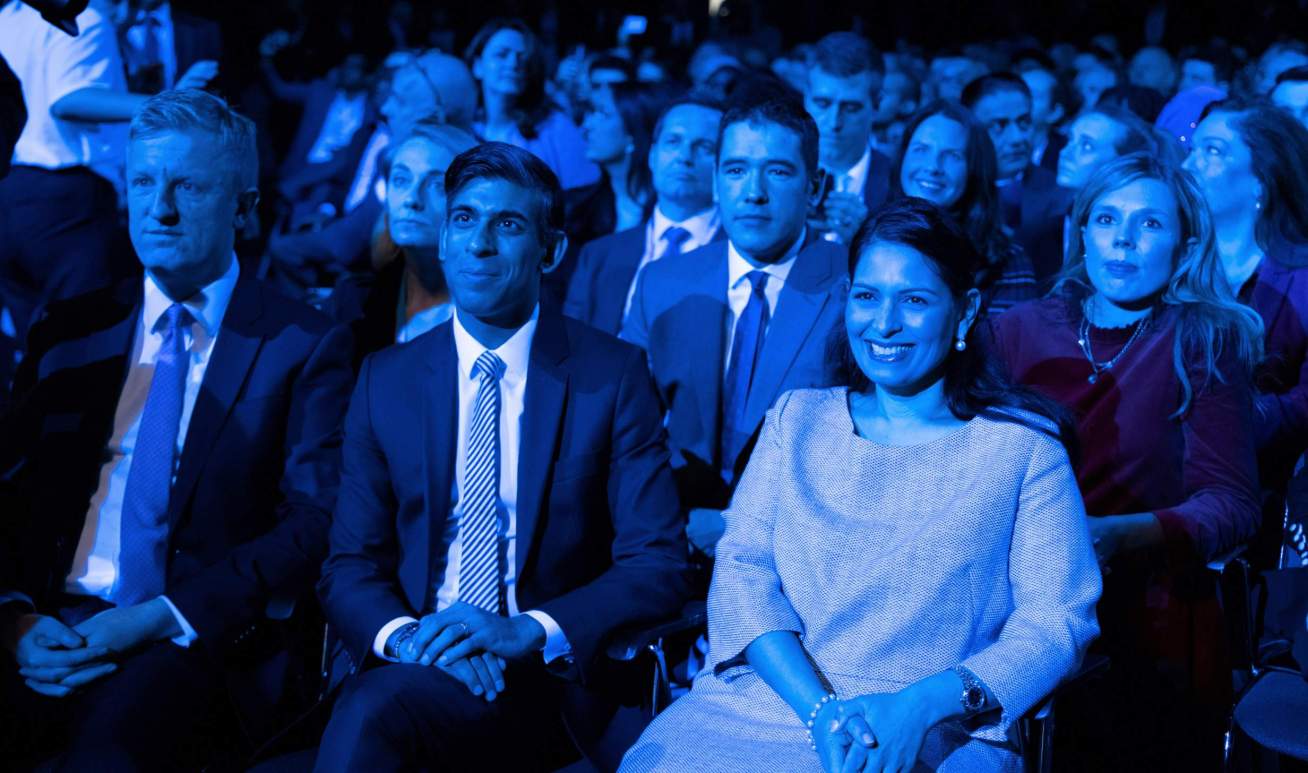 Perhaps most infamously, Jockey Club steward Baroness Dido Harding was appointed by Hancock to run the Government’s ‘Test and Trace’ system during the early stages of the pandemic – serving in the role from May 2020 to May 2021.

Harding was appointed to the House of Lords in 2014 by Conservative Prime Minister David Cameron, while her husband is the Conservative MP John Penrose.

The Jockey Club was also linked to former Conservative MP Owen Paterson via his late wife Rose Paterson. Owen Paterson was forced to resign from the Commons after the Government unsuccessfully defended his attempts to lobby ministers on behalf of two private firms that employed him as a consultant – including the healthcare giant Randox. Those in charge of enforcing parliamentary standards had recommended that Paterson should be suspended for 30 days – a decision opposed by the Government.

Separately, the Government was forced to reveal documents showing that Paterson had lobbied Hancock during the early stages of the pandemic, urging the Government to consider using Randox as a COVID testing provider. The records show that Hancock passed on these suggestions to officials.

Randox has also been a long-standing sponsor of the Jockey Club-run Grand National, a signature race of the Aintree racecourse, which Rose Paterson also chaired.

“All contracts were decided and signed off by the civil service – who are independent of ministers,” a spokesperson for Hancock told Byline Times. “What is completely true is that Matt is a champion of the horse racing industry, always has been and always will be.”

Frances Stanley, wife of Jockey Club Estates chair and aforementioned Hancock donor Peter Stanley, is the director of Newmarket racecourse and the National Horseracing Museum. Her company, CH&L, was the recipient of a £14.4 million contract to supply personal protective equipment during the pandemic. The contract was unfulfilled, and the deposit paid to the company was returned to the Government, with Stanley blaming “unforeseen logistical circumstances”.

“I had planned to donate any profits to a local charity. At no point did I ever talk to Matt Hancock about our plans to help, only [Department of Health and Social Care] purchasing officials involved in the process,” Stanley previously told Byline Times. 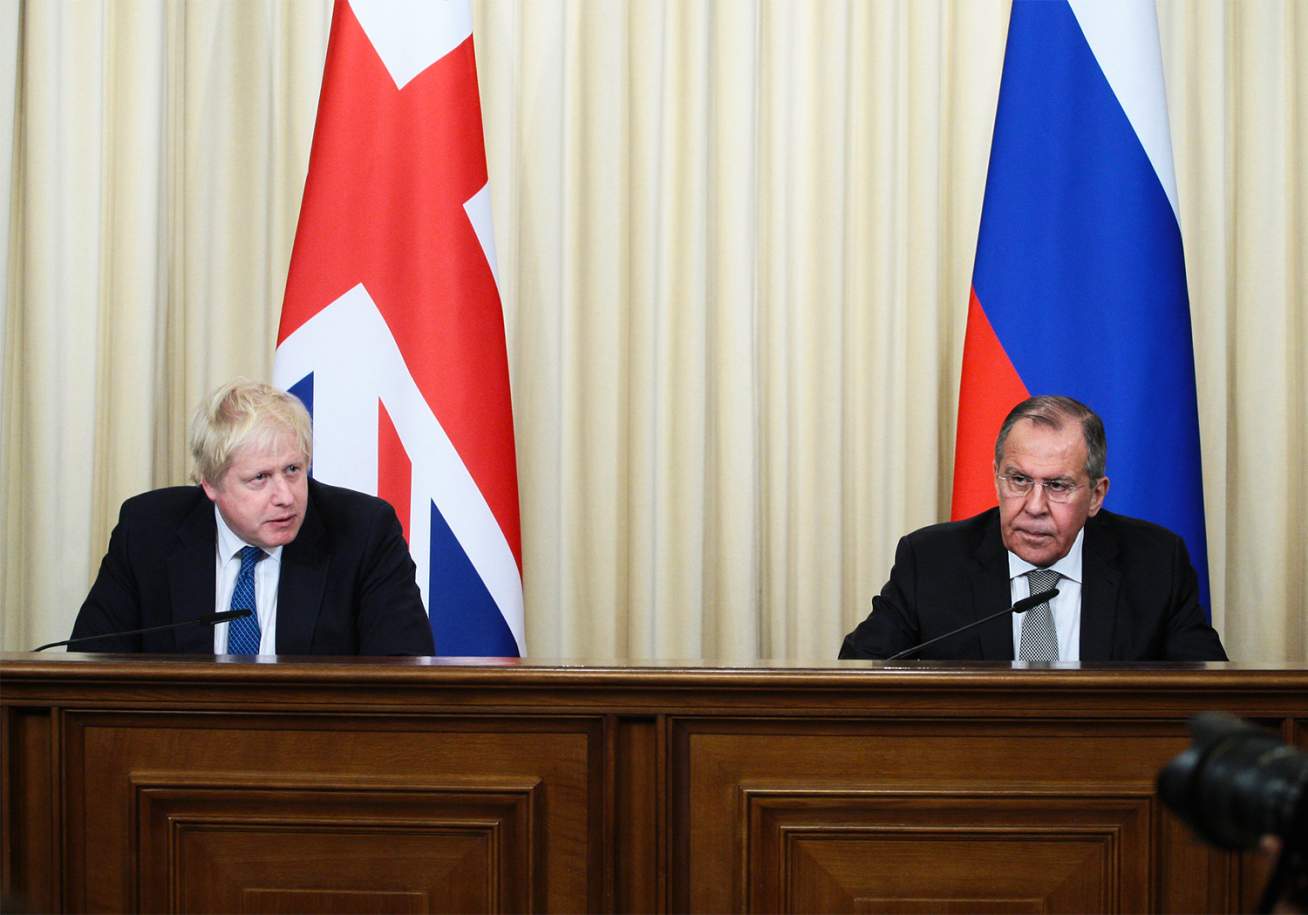 The Jockey Club is also noted for having numerous high-profile sponsors for the various events that it hosts – including a number of companies with previously unreported Conservative links. These include JCB, Ultima Business Solutions, Cazoo, Marsh, and Pertemps, all of which have donated to the Conservatives either through directors or via the companies directly.

To repeat: there is no suggestion that the individuals or firms associated with the Jockey Club won any contracts – or had any influence on the Conservative Government – due to their participation in the club. Nor is the Jockey Club a political organisation, or one with any demonstrable political influence.

Rather, this story highlights how Conservative donors, and even ministers, are at times drawn from narrow social circles that many will see as broadly unrepresentative of the British population.

Cheltenham Festival received a great deal of media attention two years ago. The festival was held from 10 to 13 March, despite fears that it could become a super spreader event of the emerging Coronavirus.

Those fears were well-founded: 78 deaths and 13,000 infections were attributed to the decision to push ahead with the festival and a Liverpool Champions League match that same week, according to one analysis.

On the day that Cheltenham began, an emergency scientific meeting presented new evidence suggesting that there were 5,000 to 10,000 COVID infections already across the country. By the final day of the festival, more than 200 scientists had signed a letter condemning the Government’s hesitant approach. Ten days after the end of the festival, Boris Johnson announced the UK’s first lockdown.

A year on from the event, ex-British Horseracing Association boss Nick Rust publicly admitted that Cheltenham 2020 “shouldn’t have gone ahead”. Hancock had defended the decision to push ahead with the races, stating that “the Government took the right measures at the time”.

“In 2020 I stated publicly that I wanted a full inquiry into how and why the Cheltenham Races went ahead at a time when COVID cases were rapidly increasing,” local Liberal Democrat councillor Paul Hodgkinson told Byline Times.

“I was pleased when the then Health Secretary Matt Hancock agreed to hold a review into why major sports events went ahead, but nothing at all has happened since. We know that many people fell ill – and some very sadly died – after attending the 2020 races but no lessons appear to have been learnt.”

This year’s festival similarly takes place amid rising COVID-19 case numbers, with the number of recorded cases standing at 69,855 on 10 March, versus 30,468 on 24 February.