The Treasury’s role in forestalling investment in renewable energy sources is a key reason the Government cannot address the root causes of the cost of living crisis, says Thomas Perrett

Chancellor Rishi Sunak recently approved the development of six oil and gas fields in the North Sea containing the equivalent of 62 million tonnes of oil – a move which the co-leader of the Green Party has described as “torpedoing climate action”.

The expansion of domestic gas production is part of the Government’s plan to increase energy sovereignty in an attempt to mitigate exposure to volatile international gas markets which have pushed up energy bills, set to increase by £693 from April according to energy regulator Ofgem.

It is the latest in a series of meagre policies, which have included a £150 tax rebate for 80% of households and a universal £200 discount on bills, intended to lessen the effects of a crisis in living costs, compounded by rising inflation.

Sunak’s measures – described as “woefully inadequate” by charity National Energy Action’s chief executive Adam Scorer – have been met with widespread criticism. The Resolution Foundation think tank has published a paper which criticises the Chancellor’s “near-universalist approach”, arguing that it “has come at the expense of measures to protect low-income households such as a radical expansion to the ‘warm home discount’, or using the benefit system to deliver targeted support”.

Moreover, many environmental groups have criticised the implications of continued North Sea oil drilling. Jamie Peters, of Friends of the Earth, described the Chancellor’s action as “blatant hypocrisy after months of Government posturing in the run up to the UN climate talks”.

Indeed, the Chancellor’s actions appear to have contravened the recommendations of respected environmental advocacy groups, with climate watchdog the International Energy Agency (IEA) concluding in a May 2021 report that “there are no new oil and gas fields approved for development in our pathway” and that “no new coal mines or mine extensions are required” in achieving decarbonisation by 2050. 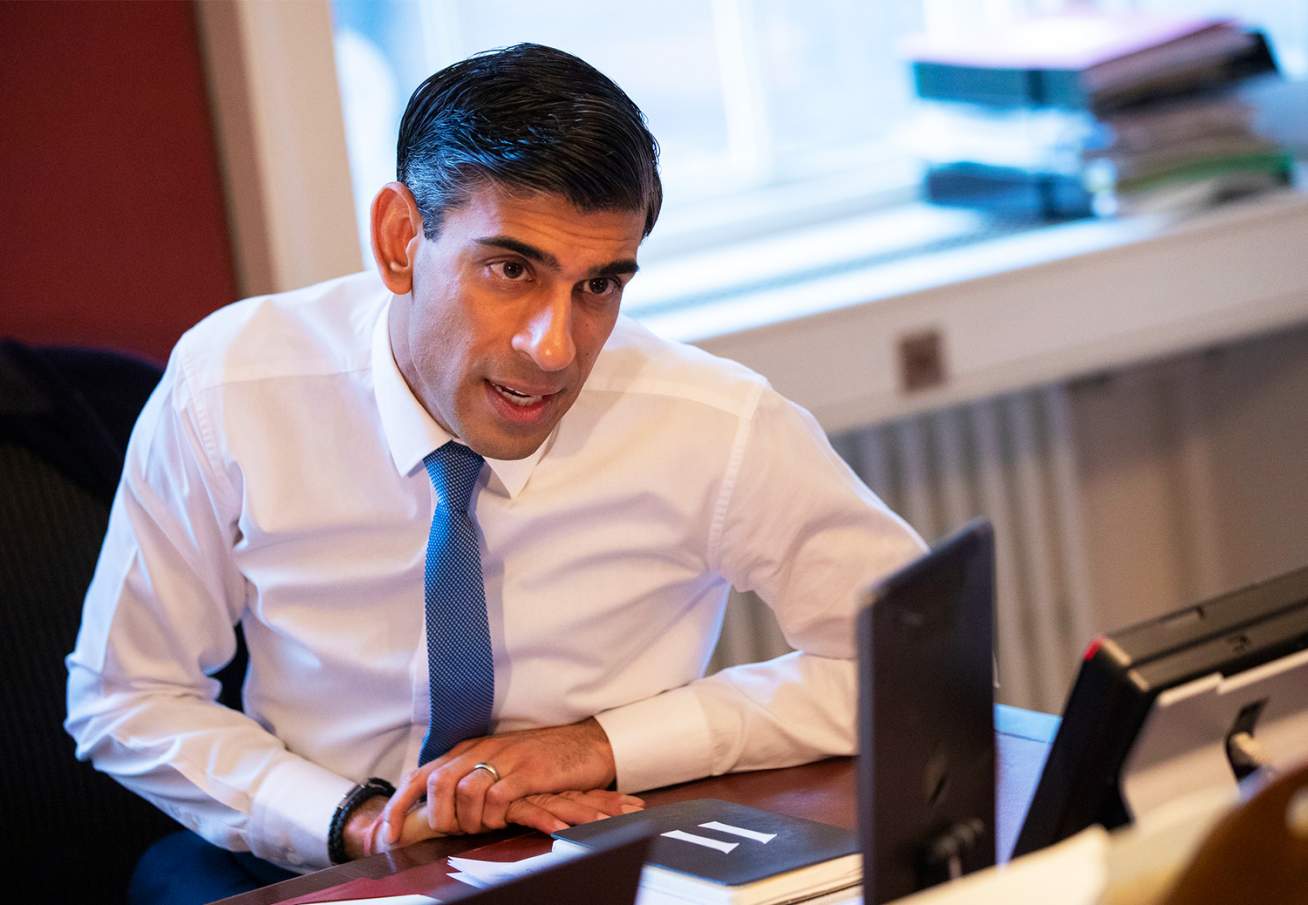 The Chancellor’s reluctance to pursue long-term investment initiatives which expand renewable energy, and the ongoing commitment towards North Sea oil and gas production is no aberration.

Since the Conservatives assumed office in 2010, the Treasury has pursued a free-market, monetarist approach to energy policy, characterised by hostility to risky infrastructure projects requiring the mobilisation of significant finances, and a preference for cost-saving, short-term solutions.

According to a 2019 report published by the think tank Common Wealth, the Treasury’s political approach “tends to lean away from the longer-term, and certainly away from objectives that lie outside the narrow confines of pure neoclassical economics, productivity and growth chief amongst them”.

Despite the fact that The Treasury is a powerful institution which could theoretically mobilise the investment necessary for a substantive green transition, past chancellors have, much like Rishi Sunak, neglected this approach.

In 2012, for instance, the then Chancellor George Osborne’s ‘dash for gas’ strategy announced the installation of 30 new gas-fired power plants, aimed at producing between 27 and 37 GW of new gas capacity by 2030 – even as the director of the Confederation of British Industry warned against excessive reliance on the energy source.

In 2013, Osborne delivered £1 billion worth of tax breaks to oil and gas firms – a move described as “climate-wrecking” and “nothing short of sheer hypocrisy” by then Green Party MP Caroline Lucas. Osborne also played a role in dismantling a proposed ‘green investment ban’, intended to stimulate the investment necessary for the expansion of clean energy. The bank was sold off to the Macquarie Group in 2015.

An Obstacle to Environmental Reforms

James Meadway, director of the Progressive Economy Forum think tank who authored Common Wealth’s report, told Byline Times that “the Treasury has a long history of opposition to climate investment – even back to when Labour was in office, and the department was pushing back against the idea of carbon budgets”.

“What Sunak is doing today is very much aligned with the Treasury’s long-term biases, but Sunak himself comes from the free-market wing of the Tories, and wants to appeal to that wing of the party ahead of a leadership contest.”

Common Wealth’s report argued that “governments have shifted, but the climate change commitments and the Treasury’s behaviour has remained remarkably consistent”. Its adherence to an ideology which prioritises GDP growth and productivity has undoubtedly stymied any commitment to substantive, long-term environmental policies.

This worldview “stretches even further back, to at least the 1930s, when the department became a by-word for its short-term focus on reducing borrowing, even when this meant trashing long-term investment,” Meadway added.

The Treasury’s hostility to the sweeping infrastructural reforms necessary to accomplish decarbonisation has long drawn criticism.

Jenny Banks, energy policy officer at the Worldwide Fund for Nature, argued in 2012 that it was “actively undermining” the renewable energy industry by delaying subsidies. The Treasury was also accused by the Environmental Audit Committee of contributing to diminished investor confidence in the long-term viability of renewable energy back in 2017.

The Treasury’s role in forestalling investment in renewable sources of energy reflects a broader problem at the heart of Government, of which Rishi Sunak’s inadequate measures addressing the energy crisis are emblematic.

This is also a key reason why the Government cannot recognise the root causes of the cost of living crisis.

The Chancellor’s meagre tax rebates and attempts at maximising revenue from North Sea oil and gas have failed to acknowledge the role that climate change-induced extreme weather has played in engendering energy scarcity through supply side shocks.

Instead, the energy crisis – and the inflationary crisis which it has contributed to – are seen as problems to be rectified using the traditional remedies of interest rate hikes and wage suppression, which dampen levels of demand in the economy, rather than through the development of a sustainable, reliable domestic supply of energy.

James Meadway told Byline Times that, without considerable structural reform to the Treasury, little is likely to change in the short-term. “In theory, it should be possible to change how the Treasury operates,” he said. But “it will take a while for these internal changes to filter through”.

The Chancellor’s expansion of environmentally destructive energy sources as a solution to the cost of living crisis demonstrates this Government’s inability to divest from fossil fuels. But the Treasury’s long-standing hostility to substantive environmental reforms is also a significant problem. It is clear that this powerful institution, which could potentially facilitate a green transition, remains implacably opposed to climate justice.