Boris Johnson privately agreed to push plans by a Conservative donor for a post-Brexit “Great Exhibition” during discussions which led to him financing the refurbishment of the Prime Minister’s Downing Street flat, previously hidden texts revealed on Thursday.

The WhatsApp messages, which Johnson had withheld from his advisor on ministerial standards Lord Geidt during his investigation into the Downing Street refurbishment, show that the Prime Minister had told Lord Brownlow that he was “on the great exhibition plan”.

The plan appears to relate to a series of initiatives considered by Johnson’s Government as part of its plans for a so-called “Festival of Brexit”.

In the messages, Lord Brownlow thanked the Prime Minister for considering his plan and assured Johnson that he would get funding for the flat refurbishment “sorted ASAP”.

Johnson later repaid the payment, which had been made by Lord Brownlow personally, after details of the arrangement were revealed.

A spokesperson for Johnson on Thursday insisted that Lord Brownlow’s Great Exhibition plan was ultimately not taken forward by the Government.

However, transparency records first spotted by Byline Times last year reveal that, within weeks of these exchanges, the then Culture Secretary Oliver Dowden met with Brownlow at the Royal Albert Hall, which Brownlow is a trustee of, to discuss his plan.

Labour said that the exchanges showed Johnson was guilty of “corruption”.

“It appears that Lord Brownlow had access to the Prime Minister and Culture Secretary because he was paying for his luxury flat renovations,” Labour’s Deputy Leader Angela Rayner said on Thursday.

“It is pretty unbelievable that Boris Johnson didn’t know who was paying for his luxury flat renovations. If so, that is corruption plain and simple. No one should be able to buy access or exchange wallpaper for festivals. Boris Johnson has serious questions to answer.”

Plans for a so-called ‘Festival of Brexit’ were first brought forward by Theresa May’s Government and were later approved by Johnson. The plans, which have had a series of names and backers, are currently known as “Unboxed: Creativity in the UK”.

A spokesperson for Johnson insisted that Brownlow’s Great Exhibition plan was unrelated to the one ultimately approved by the Government and that Lord Brownlow has no involvement in the current scheme.

However, they admitted on Friday that Downing Street had passed on Brownlow’s proposals to Dowden.

“”As is quite usual, when any suggestions such as this are put forward it’s right that it’s passed on to the relevant department to take forward”, Johnson’s Deputy Spokesman said.

“And as you’re aware, Oliver Dowden met with Lord Brownlow and the Royal Albert Hall on the joint proposal.” 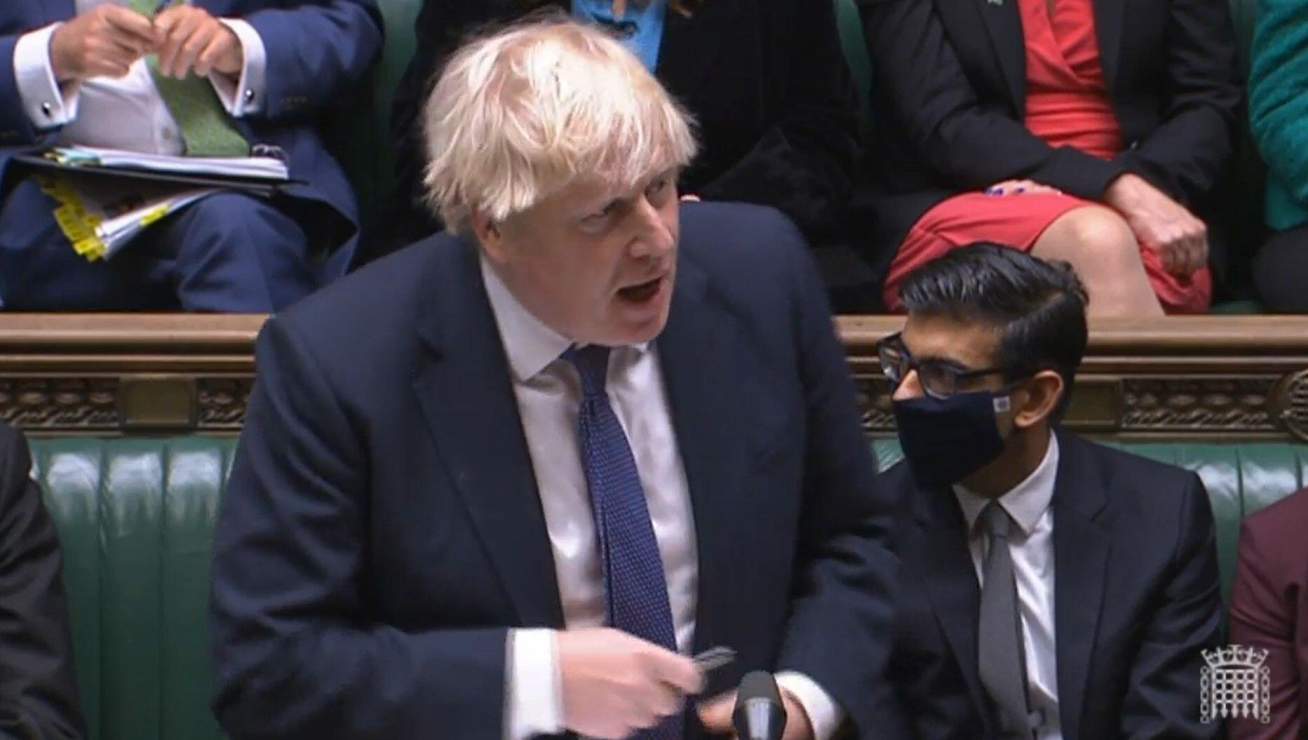 Downing Street denied any wrongdoing and bizarrely insisted that Brownlow’s pitch had been dealt with in “the same way” as if a member of the public had proposed it.

However, the fact that Lord Brownlow was clearly given such privileged access both to the Prime Minister and the Culture Secretary to discuss his plan raises serious questions about how Conservative donors have been able to buy their way into the top levels of Johnson’s Government.

The letter from Lord Geidt to Johnson, also reveals how details of the agreement between Lord Brownlow and Johnson were withheld from the investigation into the Downing Street flat refurbishment.

In the letter, Lord Geidt complained to Johnson about the exchanges with Lord Brownlow being hidden.

“I note that Lord Brownlow offered to furnish the Cabinet Office with all the material (which would include the Missing Exchange) that he would be providing to the Electoral Commission,” Brownlow noted.

Downing Street has blamed the failure of both Johnson and officials to disclose the texts on the fact that the Prime Minister changed his phone prior to the investigation. A spokesperson insisted on Thursday that the messages were “unavailable” to the Government during Lord Geidt’s investigation.

However, this excuse was undermined by the fact that Lord Geidt’s letter reveals that the phone was accessed for “another purpose” after Johnson got a new device.

Despite complaining about the lack of transparency and respect shown by the Prime Minister to his investigation, Lord Geidt ultimately cleared him of breaking the Ministerial Code.

It is unclear how he came to this conclusion, given the Prime Minister’s clear attempt to hide his arrangement with Lord Brownlow and given the privileged access that he was ultimately allowed.

However, the publication of the letter does provide a rare public glimpse into how Conservative donors have been able to buy access to the top levels of Government under Boris Johnson’s administration.