The overwhelming majority of official Downing Street and Cabinet Office ministerial meetings conducted with journalists have been with members of right-wing newspapers, Byline Times can reveal.

Every three months, each Government department releases a record of the meetings held between ministers and external organisations or individuals – such as members of the media.

Some ‘lobby’ journalists (reporters granted access to Parliament) were at the Downing Street parties, according to the Prime Minister’s former chief aide Dominic Cummings, and are consequently trying “to bury this story”.

Many political aides and journalists also have intertwined personal and professional relationships – as exposed by the Christmas parties. 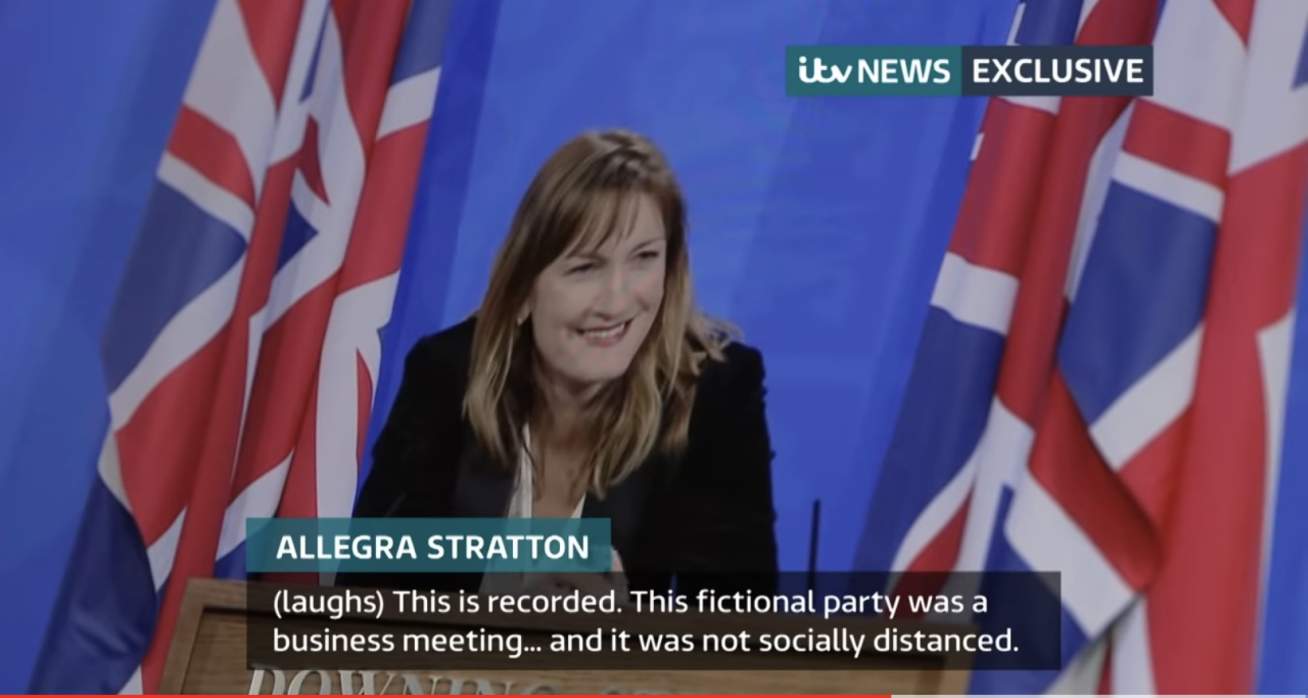 Downing Street Christmas PartiesJournalists, the Public and an Ethical Void

Former Downing Street director of communications, James Slack, is now the deputy editor of The Sun; replaced by Jack Doyle – who previously worked as an associate editor at the Daily Mail. The current political editor of the Sun is Harry Cole, the former boyfriend of Boris Johnson’s wife Carrie.

Allegra Stratton, the Prime Minister’s former spokesperson who was forced to resign last week following the release of a video showing her seemingly joking about a Christmas party in Downing Street, is married to James Forsyth, political editor of the Spectator magazine and a columnist at The Times. Chancellor Rishi Sunak is a childhood friend of Forsyth and was the best man at his wedding.

Both Johnson and Gove are also former journalists – the former having been the editor of the Spectator (including while serving as a MP), a columnist at the Telegraph, and a graduate trainee at The Times (a position from which he was sacked for fabricating quotes). Johnson recently flew back from the COP26 UN climate change summit in Glasgow to attend a Telegraph reunion party with Lord Charles Moore – while the Prime Minister is said to refer to the newspaper as his “real boss”.

The Prime Minister has conducted various official meetings with journalists since the start of 2020.

The most recent records show that he met with Rebekah Brooks, CEO of News UK; and Victoria Newton, editor of the Sun, on 17 June for a “general discussion including climate change”. The Sun is notably critical of the push to achieve net zero carbon emissions. A day later, he again met with Newton, this time alongside Harry Cole, in what is described as a “social meeting”.

There appears to be a particularly close relationship between senior figures at News UK – the organisation that owns the Sun, The Times and talkRADIO – and Downing Street.

As Byline Times has previously revealed, Johnson held a private meeting with proprietor Rupert Murdoch last September, followed a few days later by a meeting with Brooks. In total, Murdoch and Brooks held seven separate meetings with senior Government ministers – including Sunak, Rees-Mogg, Gove, and Home Secretary Priti Patel – in August and September 2020. No other media executives were afforded the same access to senior ministers.