The New Statesman trumpeted a new hire this week like a mid-table team signing an ageing striker: Andrew Marr is joining the title as its chief political commentator in February.

Speaking to its sister title, Press Gazette, the Statesman’s editor Jason Cowley gushed: “For the first time, I feel a bit like a football manager who now has a transfer budget, I can actually start to bring in some big-hitters and more experience and I’m delighted to be able to do that. My mission before then was to discover young talent and nurture it.

“[Andrew] has unrivalled contacts and experience. He is a terrific writer, as well as broadcaster, and I hope and expect his arrival as part of the team will make the New Statesman a destination for readers across the political spectrum.”

If Cowley was a football manager, I’d be worried about him losing the dressing room with that sort of talk.

Marr, 62, announced last month that he was leaving the BBC after 21 years, having signed a deal with Global to host shows on LBC and Classic FM.

He was last employed full-time in print journalism in 2000, after being appointed editor of the Independent newspaper in 1996, aged 37, and sacked two years later.

How must the Statesman’s political editor, Stephen Bush, 31, feel about Marr being brought in to be a “big-hitter” for the title? Or, for that matter, staff at New Statesman Media Group’s consistently under-funded business titles who see Cowley spending his “transfer budget”?

I’m told that many of them are not at all happy and a clue to Bush’s feelings might be that, just days after the announcement of Marr’s arrival, he had his own transfer news to share: he’s off to the Financial Times as a staff columnist and associate editor.

Alan Rusbridger, who was 42 when he became editor of the Guardian – a post he held for 20 years before stepping down in 2015 – returned to full-time journalism in July as editor of the wonkish political magazine Prospect, aged 67.

Adam Boulton, who was poached from TV-AM to be Sky News’ first political editor – a position he held for 25 years – at just 30, announced recently that he is going to leave his current role as the channel’s editor-at-large. The news prompted the Observer columnist Catherine Bennett to ask: “If Adam Boulton has to slip away at 62, how long before they come for you too?”

She quoted Boulton telling Times interviewer Andrew Billen (who turns 64 this month) that “I’ve just got to accept to a certain point that you and I, we’re tail-end baby-boomers, and there’s a kind of move against baby-boomers and the fact that we’ve had less time at the peak is just the way it goes”.

I wonder if Bennett, who joined the Observer’s sister paper the Guardian in 1990 aged 34, was weeping for the previous generation of hacks when she did? 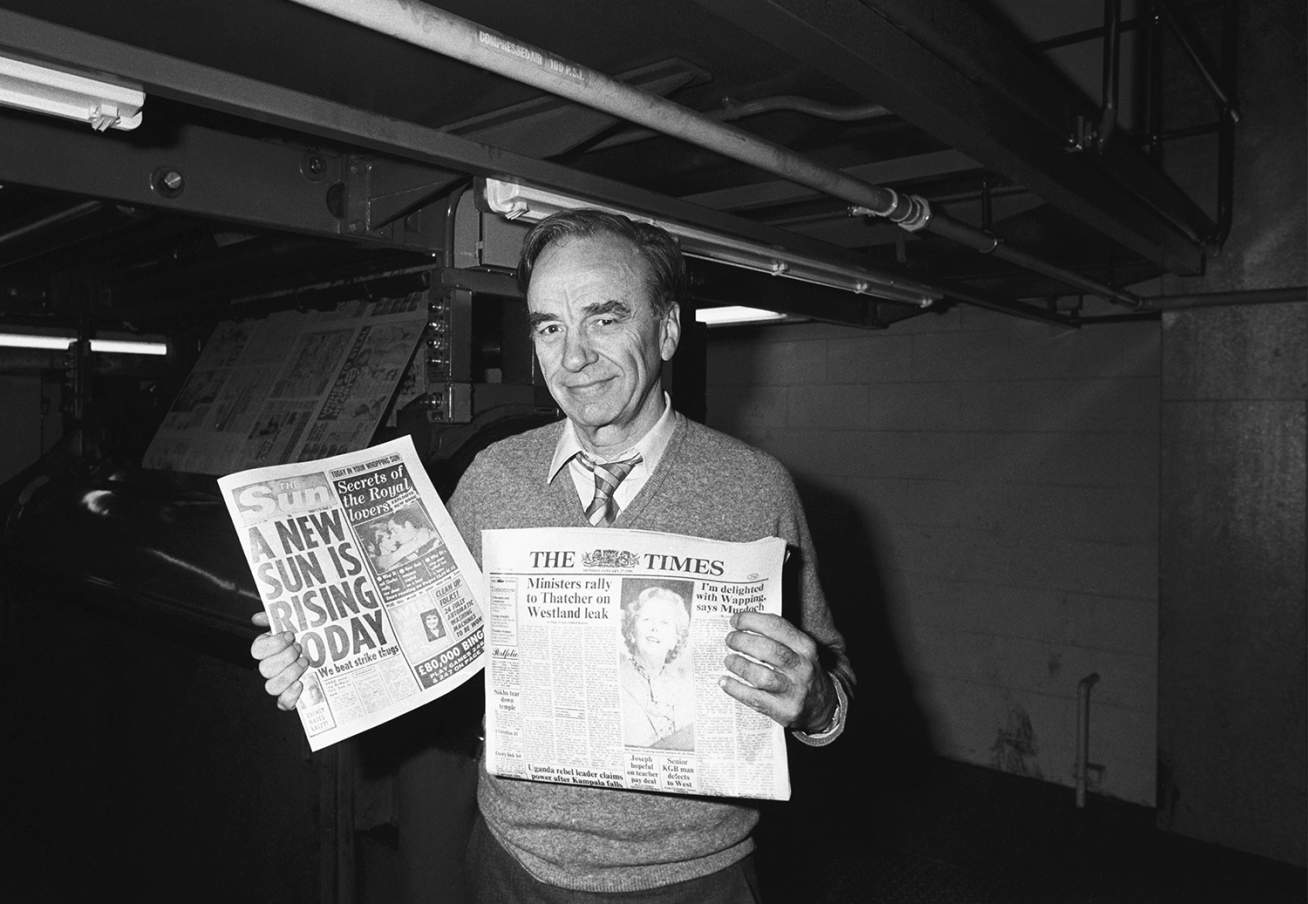 Boulton was able to be a political editor at 30 years old and remain a star of the channel for another 32 years. It seems to me that’s quite a long time at “the peak” actually. It’s also unlikely that Boulton, who mentioned “working on some long-form stuff” in the Billen interview, will disappear from the media.

Look at John Humphrys and Jenni Murray who – after 32 years presenting the Today programme and 34 years at Woman’s Hour respectively – have secured themselves comfortable sinecures as Daily Mail columnists.

Over at Channel 4 News, the retirement of Jon Snow as the programme’s main anchor after 32 years (he took up the post aged 42 and has been at ITN for 45 of his 74 years) has provoked similar ‘what now?’ questions in the press. Rachel Cooke’s Observer profile of Snow this weekend concluded with the line: “Retirement or not, I predict other assignments, other adventures. I bet his passport is in his pocket even as we speak.”

But there was a more interesting phrase earlier in Cooke’s piece: Were figures like Snow, Marr and Boulton “guilty of the TV equivalent of bed-blocking”?

The argument is not that the British media should be retooled as a kind of Logan’s Run affair where you’re trussed up in a Michael York-style jumpsuit and dispatched when you hit 40. It’s more that these ‘big beasts’ became stars in their 30s and 40s and then simply never moved.

I blame the Stones, who, through deaths – young (Brian Jones) and old (Charlie Watts) – resignations (Mick Taylor) and retirements (Bill Wyman) have kept on rolling.

Snow (b. 1947), Boulton (b. 1959), Marr (b. 1959) and Rusbridger (b. 1953) are all in the right demographic to look at the Stones – huge cultural figures from their own youths – and think: well, if they can still do it… But there’s a major difference between a rock band still rattling around on huge tours and media figures not making space for successors: there is a lot less space on the bill in the news media than there is in music.

I often hear about meetings in newspapers offices and at TV stations – and in my time in magazines even attended a few – in which executives wonder aloud about how they might get more young people reading or watching their output. The answer, in part, is to allow new stars to become the ‘big beasts’. But with a culture of media “bed-blocking” that simply doesn’t happen.

To return to the footballing analogy that Cowley forced upon us, will Andrew Marr’s years in journalism – the business he called “my trade” in the title of one of his books – make up for the yards of pace he’s lost in a comfortable 16 years presenting his own Sunday morning show?

For the younger members of the New Statesman’s team, his appointment is likely to feel like yet another slap in the face from an industry that pays its older stars fortunes and expects more junior staff to simply be grateful for the experience.

There is another way.

The legendary political interviewer Sir Robin Day was a fixture of BBC political broadcasting from the 1960s and did 10 years as host of BBC’s Question Time (between 1979 and 1989), and retired from full-time broadcasting in the late 1980s, when he was in his early 60s. From then on his appearances were as an elder statesman, providing colour but allowing a new generation to front the big shows. But, of course, 60 was an older age then than it is now and Day himself died at just 76.

It would be unreasonable to expect people such as Marr to simply move aside but his desire to ‘reclaim his voice’ – just like Andrew Neil looking around for ‘one last job’ to ensure he doesn’t finish with the wet fart of his GB News stint – has a decidedly Jaggeresque quality.

The fact that they have not shared the spotlight with other generations cannot puncture their egos. It’s only current affairs, but they like it… yes, they do.