An American legal charity foundation that raised funds for Kyle Rittenhouse’s defence appears to be registered to an address in North Yorkshire, UK, an exclusive investigation by Byline Times has learnt.

Rittenhouse, a teenager who killed two people and injured one other during unrest in Kenosha, Wisconsin, in 2020, was acquitted of all charges after claiming he acted in self-defence. President Joe Biden has expressed anger at the verdict.

The Fightback Foundation was running out of a house located in Northallerton and was registered in the UK in May of 2020 and in the United States in August 2020. Its website, http://fightback.law, uses a UK RDAP server from Nominet, a UK company, as well as DNS servers from Epik. Epik has been called out in the press for using UK servers to hide assets from American law and tax enforcement agencies.

The address is linked to the Fightback Foundation, registered at Companies House, as well as a host of other companies including Brit Rocks, Challenging GB and Give Me A Chance. None of these companies appear to have an online presence.

Updates to a second Rittenhouse fundraiser on Christian fundraising website GiveSendGo were timestamped and posted in GMT, not an American timezone. The page explained that “Kyle Rittenhouse just defended himself from a brutal attack by multiple members of the far-leftist group ANTIFA – the experience was undoubtedly a brutal one, as he was forced to take two lives to defend his own”. Its author urged supporters to “give back to someone who bravely tried to defend his community.”

Seeing as Rittenhouse was not local to Kenosha, it’s unclear which community he was meant to be defending. Perhaps the author means the white community.

The discovery forms part of a pattern of US websites linked to anti-Black Lives Matter, anti-abortion, pro-gun and even far-right activism and causes being hosted in the UK or Europe. In September, Byline Times reported how a Texas anti-abortion bounty hunting website was being hosted in the UK. The far-right Proud Boys groups’ email infrastructure originated in Germany.

The Fightback Law Fund was co-founded by lawyer John Pierce and is headed up by L Lin Wood – a “QAnon conspiracy booster” who is being investigated by the State Bar of Georgia as to whether he “violated multiple professional conduct rules after the election, as he brought multiple lawsuits challenging the presidential election results and spread baseless conspiracy theories online.”

Wood described the Foundation as having a “mission to protect and defend our Constitution on many fronts”. In an email to USA Today, he added that “Kyle’s defence is one of those fronts.”

Wood’s colleague John Pierce has a history of supporting far-right causes. He is representing Capitol rioters and the Proud Boys, and was hired by Trump’s lawyer Rudy Giuliani. Rittenhouse and his family ultimately cut ties with Wood, John Pierce and the Foundation.

Pierce’s firm has, in the past, represented Sergey Grishin, a Russian banker who sold his mansion to the Duke and Duchess of Sussex.

Grishin set up a social media company, 421 Media, designed to become a meme factory. According to the US magazine Mother Jones, he described the venture to his ex-wife as “content first, increasing the number of subscribers, recruiting an audience. And then the hidden manipulation of people to encourage them to do certain things.”

Much of this content focused on fashion and popular culture. But after a mob of Trump supporters stormed the US Capitol in January 2021, one of the company’s Instagram channels posted videos of the insurrectionists. The videos were captioned with the statement, “WE THE PEOPLE ARE P****D! What are your thoughts?”

Social media has played an increasingly dangerous role in anti-democratic violence in the USA. Analysis into how people joined the far-right militia the Oath Keepers – which was present at the 6 January Capitol Riots – cited Facebook as the most influential gateway. 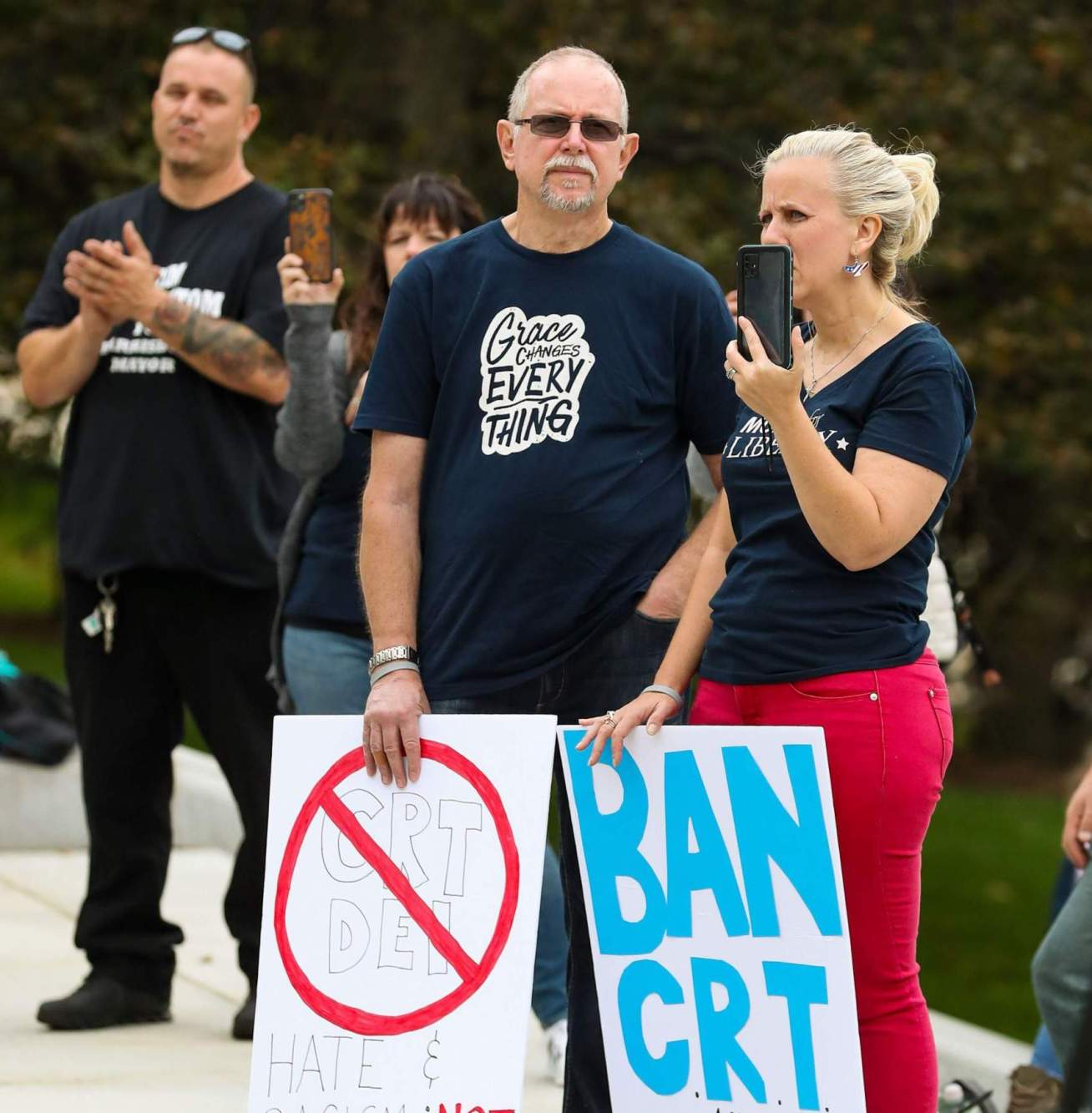 The Radical Right Interests Behind the School Boards Race Row

Facebook was pivotal in attracting violence to Kenosha during the 2020’s unrest. A former city alderman, Kevin Mathewson, used Facebook to set up the Kenosha Guard, which attracted thousands of followers. Despite receiving multiple complaints, Facebook allowed the page to remain live, even after people posted about how they need to “kill looters and rioters” – which was exactly what happened.

An anonymous IT expert warned Byline Times how “given the myriad ‘coincidental’ connections between with far-right organizations ‘fundraising’ online, violent English protests, and the burgeoning threat of civil war in the United States, I think it is imperative for US and UK authorities to examine these trans-Atlantic ‘charity’ connections.”

This article was corrected to remove a reference to hosting on a UK server as all .law services are managed by UK Nominet

Sian Norris, 1 December 2021
Johnson is sold to voters as a libertarian full of bonhomie – but his Government is suppressing freedom of speech and movement

Max Colbert, 18 November 2021
Are partnerships between the UK’s leading higher education institutions and Chinese companies suggestive of a new intellectual 'Belt and Road' strategy from Beijing? Max Colbert and The Citizens report