Two years ago, Byline Times exposed recordings that tied 2020 US Presidential candidate Tulsi Gabbard, a self-identified Hindu, to an offshoot organisation of the Hare Krishna movement known for its open hostility towards Muslims.

“There’s absolutely no value in putting up with this dog s**t [Islam] in the name of tolerance,” the group’s now deceased leader Chris Butler says on the tape. The recording also shows Gabbard apparently worshipping Butler, along with dozens of other of the movement’s members.

“They [Muslims] are demons,” he continued. “They’re demons that go ‘Allahlalah’. Its bulls**t, but everyone is afraid of them”.

The RSS is known to provide the ideological DNA for Prime Minister Narendra Modi and the party he leads: Bharatiya Janita Party (BJP).

They included Hindu Swayamsevak Sangh (HSS) and Vishwa Hindu Parishad (VHP). The latter has been identified by the CIA as a “militant religious outfit.”

These organisations subscribe to a muscular majoritarian, religiously-inspired nationalist ideology. That ideology in turn is inspired by European fascist movements of the previous century, including the Hitler Youth. They are representative of a growing global trend towards religious nationalism and away from secular democracy.

RSS and the Hindutva Movement

RSS makes no secret of its intent to rid India of its religious minorities in order to remake “the nation into one where some people count more as Indians than others”. It aims to achieve this by using its affiliates, particularly HSS, to spread its message across the Hindu diaspora and into the corridors of international political power.

Its UK operations were established in 1966, before being listed as a charity organisation eight years later. It claims to be “part of the accepted doctrine of the Hindu religion that its practice develops in its adherents both a love for Bharat (India) as the Holy Land of the Hindus and the spirit of eternal Hinduism.”.

The reality is far different. Both HSS and RSS leaders routinely describe non-Hindus – and particularly Muslims – as “foreigners,” “traitors,” “pests” and “internal threats”. RSS founders even advocated for the implementation of a model akin to the Nazi Party’s “Final Solution.”

HSS has funnelled millions of pounds raised from the British public to RSS front organisations in India, prompting a rebuke from the watchdog Charity Commission. Further, it has joined hands with pro-Israel groups to label the Labour Party as antisemitic in the run-up to the 2019 elections. The claim was made after then Labour leader Jeremy Corbyn condemned the Indian Government’s human rights violations in Kashmir.

In the US, the organisation’s activities are far more sophisticated, nefarious and better manned. They serve as a warning to the undeniable threat the Hindu nationalist movement poses to democracy and religious minorities if left unattended – not least illustrated in the rising number of hate crime attacks against Indian Muslim and Sikh migrants throughout the diaspora, and the presence of HSS’ Tricolour flag among those who attacked the US Capitol on 6 January. 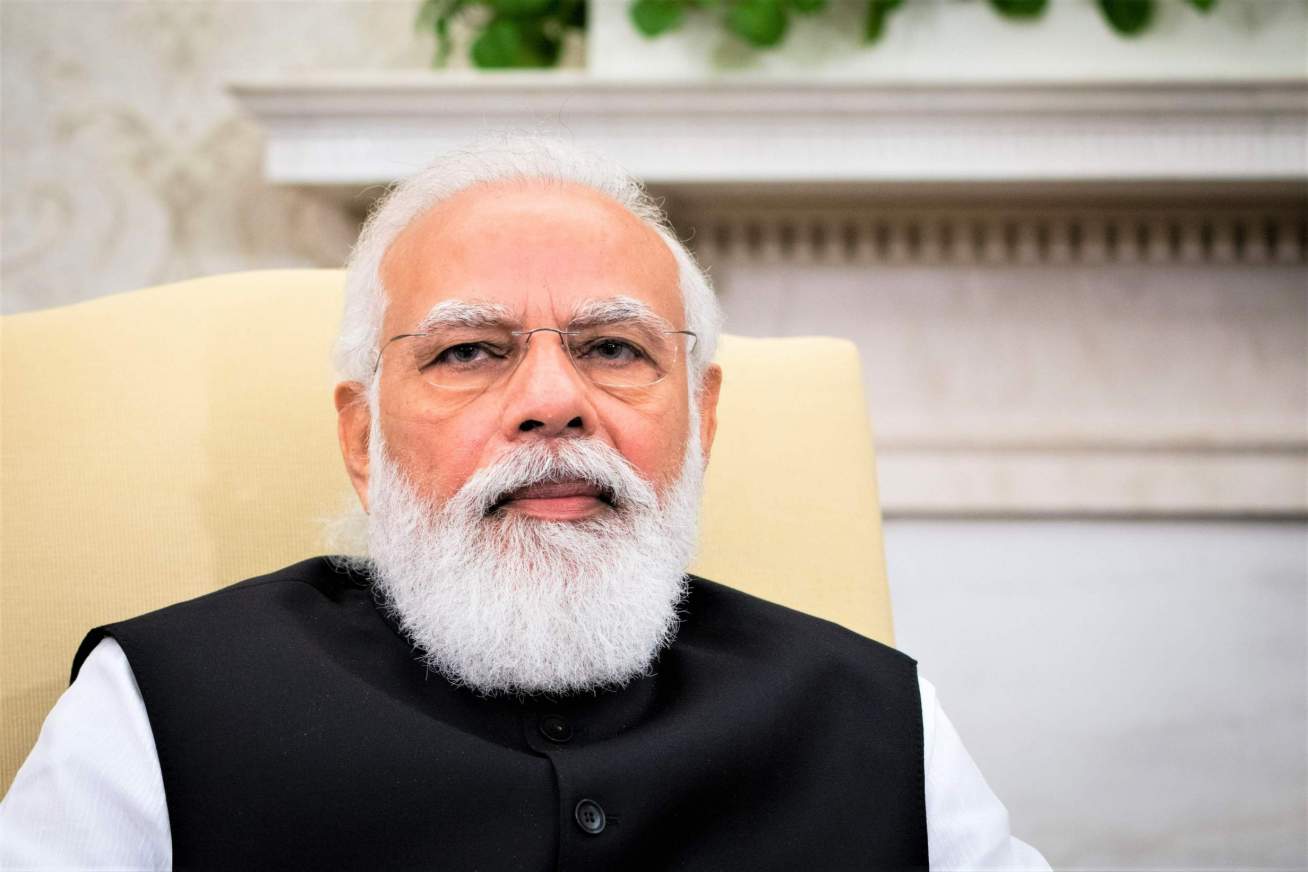 Hindu Nationalism in the US

HSS established itself in the United States in the late 1970s. It has since infiltrated and installed its advocates within Congress, national level political campaigns, police departments, city council boards, and school districts.

The organisation’s education wing – Hindu Education Foundation – lobbied the California School Board to describe the area spanning Pakistan, India and Bangladesh as “India” rather than “South Asia”, as well as to remove from textbooks Hinduism’s ties to the caste system.

HSS has also been at the forefront of efforts to rehabilitate the reputation of Modi among the American public. This effort has been driven largely by a desire to erase from memory the US Government’s decision to deny him a visa in 2005 for failing to stop anti-Muslim violence during the Gujarat Riots three years earlier. At the time, Modi was Chief Minister of Gujarat.

Eyewitnesses have shared how RSS shouted “the police are with us” as its thugs butchered and dismembered Muslim men, women and children in the streets of Gujarat in 2002.

The undeniable role HSS’ parent organisation played in the mass murder of more than 2,000 Muslims failed to deter the city of Irving, Texas’ Police Department from welcoming and honouring a local branch of HSS on 21 September.

Speaking before the city’s elected officials two weeks later, American journalist Pieter Friedrich scolded the police department, while at the same time excusing its understandable ignorance on Hindutva movements. Freifrich asked: “How could they [Irving PD] have known that [Indian] police complicity has been central to every major anti-minority pogrom staged by the RSS in India in the past 20 years?”

“Exactly which of ‘us’ are the Irving Police with – the fascists of their victims?” he asked. “We are literally dying to know”.

Taken together, these activities illustrate how HSS and other Hindutva organisations are moving swiftly and stealthily within the US and other Western democracies – including the UK. This has been made possible due to the local audience’s ignorance of Hindu nationalism, meaning they are unable to discern the Hindutva ideology from the religion of Hinduism.

A report published by South Asia Citizens reveals how Hindu nationalist groups, including HSS and VHP, have funnelled millions of dollars to their counterparts in India during the past two decades.

Clearly, Western democracies must do more to identify and quantify the undeniable risk Hindu nationalist groups pose to religious minorities and democracy both at home and in India. Once identified, they need to implement measures to mitigate against it.