How Would Proportional Representation ChangeThe Balance of Power in Parliament?

UK general elections have in the past functioned under a rule of dwindling returns: victorious parties typically set a high watermark, after which their support steadily dissipates over time. Poor decisions amass as the years progress, accompanied by a growing appetite for change among the electorate.

The past 11 years have not conformed to this rule. Through a combination of Brexit and the rotation of three different prime ministers, the Conservative Party has strengthened its political position. While David Cameron had to rely on the Liberal Democrats to form a government in 2010, Boris Johnson stormed an 80-seat majority nine years later.

So, this year’s Labour Party conference – echoing every conference for the last decade – has been devoted to political arithmetic: working out the formula that will finally topple the Tories. This year, however, a new factor has entered the equation.

At every conference, Labour delegates and affiliates vote on various ‘motions’ – statements or policies – in order to express the views of the wider party. This year, the second most popular motion at conference was to replace the Westminster voting system, first past the post, with a proportional model. This motion was submitted by more than 150 local Labour parties, and a vote was held on Monday.

To the consternation of lay members, the idea was rejected. While an overwhelming 80% of local parties supported the motion, it was rejected by Labour ‘affiliates’ (i.e. trade unions) by a margin of 95% to 5%. The final result was 57% against and 43% in favour.

The current first past the post system elects MPs on a simple, majority vote in their constituencies. The candidate that wins the most votes gains the seat. Even if they only win 35% of the local vote, they gain 100% of the spoils. There is consequently a democratic argument in favour of proportional representation: reformed voting systems are designed to allocate seats in a fairer way, better reflecting the number of votes gained by each party.

Tied to this is political expediency: smaller parties, and a growing number of people in the Labour Party, support proportional representation because it would improve their electoral prospects. In particular, smaller parties tend to accumulate modest support in multiple constituencies, limiting their representation in Parliament. 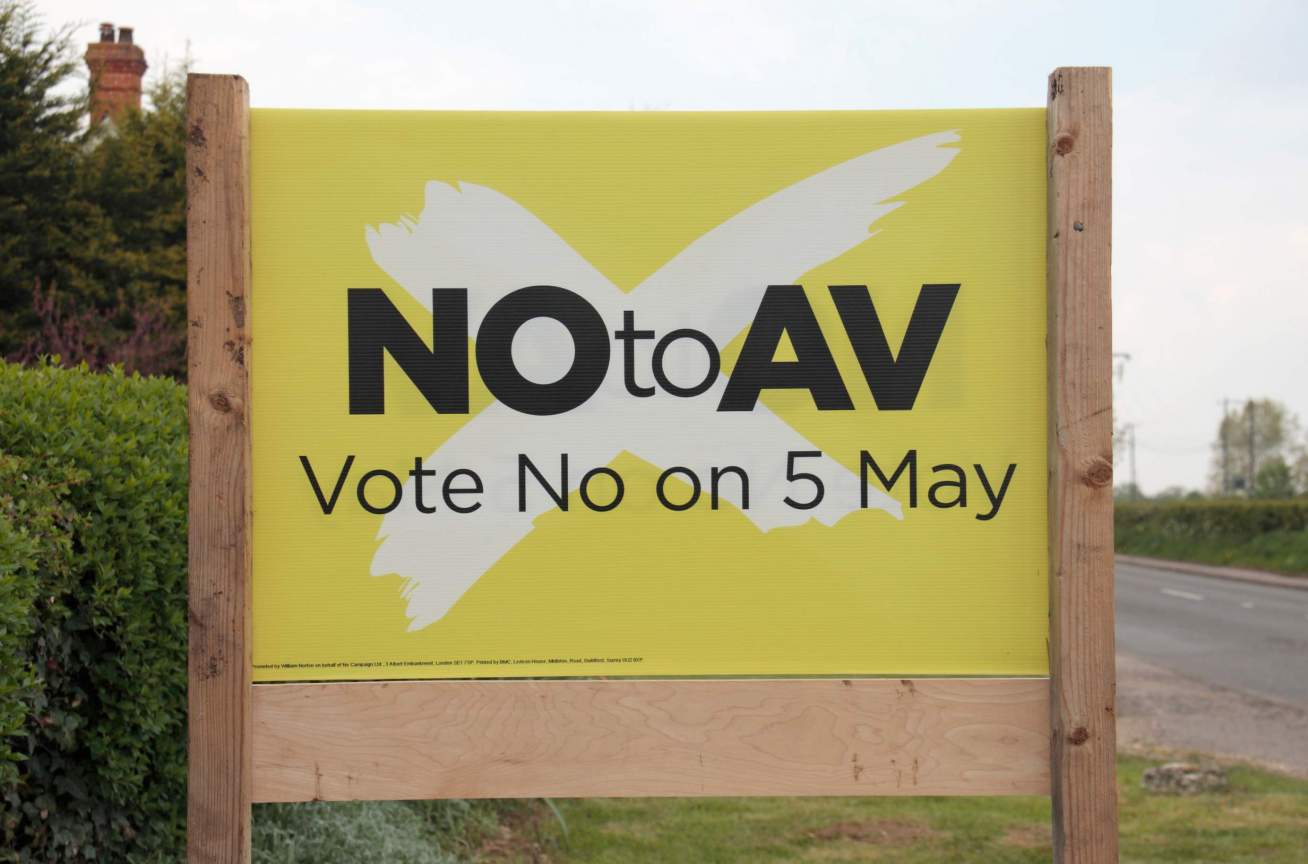 A Dry Run for BrexitThe 2011 Alternative Vote ReferendumTen Years On

Immediately after the 2019 General Election, University of Strathclyde academic Heinz Brandenburg analysed the result and calculated how it would have changed under a proportional system. Under first past the post, Labour recorded its worst result since the 1930s, gaining just 202 seats against the Conservative Party’s 365. The SNP won 48, the Liberal Democrats gained 11, while the Greens won one.

Brandenburg re-calculated the result based on two proportional models: the Dutch system, whereby voters choose from a single national list of candidates, and the German model, whereby half of the candidates are elected via first past the post and half are elected proportionally via regional candidate lists.

The Conservatives would not have won an outright majority in either proportional model, hovering around 300 MPs. The Labour Party would have won a few more seats – 10 or 20 – while the Liberal Democrats would have won considerably more seats, comfortably surpassing 50 MPs.

Under the Dutch model, a coalition of Labour, the Liberal Democrats, the SNP and the Greens would have accumulated enough seats to form a government. The involvement of the SNP, in particular, would have presented political challenges to the creation of this coalition, given the potential conflicts over Scottish independence.

However, even after Labour’s worst performance for 90 years, a coalition of the left and the centre would have been electorally possible. A Conservative-Liberal Democrat coalition would have produced a more comfortable majority than the aforementioned left-wing rainbow coalition, though such an alliance would likely have proven impossible given their difference over Brexit. A right-wing coalition of the Conservative and Brexit Party would not have achieved a majority.

“The major caveat [is] that we don’t know how a different electoral system would affect voting behaviour, especially in the long term,” Brandenburg stressed. Indeed, it seems likely that a proportional system would increase support for smaller parties – empowering voters in the knowledge that their ballots would not be wasted. In order to prevent the representation of extreme, fringe groups, the German system only allocates seats to parties that have won 5% of votes. The Brexit Party and the Greens did not clear this hurdle in 2019, though they might have performed better under a proportional system.

The political bind for more left-wing parties can be witnessed in current voting intentions. The latest YouGov poll has the Conservatives on 39%, Labour on 32%, the Liberal Democrats on 10% and the Greens on 9%. Therefore, although more progressive political parties are supported by 51% of voters, the Conservatives would likely win another majority under first past the post.

It seems highly unlikely that Labour will support electoral reform in the near future, with the party leadership maintaining that it must win a majority under the current system. Indeed, electoral reform will only be achieved if it’s supported by the governing party. Given the advantages conferred to the Conservatives under first past the post, this would be the equivalent of turkeys voting for Christmas. However, in the long run, it may be a policy that Labour struggles to avoid.