CJ Werleman reports on the announcement of a new strategic alliance between Australia, the UK and the US which is likely to tackle threats posed by Beijing

US President Joe Biden stood virtually alongside UK Prime Minister Boris Johnson and Australian Prime Minister Scott Morrison this week to announce the creation of an enhanced trilateral security partnership called ‘AUKUS’ – representing Australia, the UK, and the US.

“This is about investing in our greatest source of strength – our alliances,” said Biden, who claimed that the new partnership had nothing to do with meeting the threat posed by any particular country.

In reality, this is about China – aimed at deterring Chinese military expansionism in Asia Pacific, despite the homages to “historic alliances”, “shared interests” and job creation.

“This is the consequence of Chinese behaviour,” said former Australian Foreign Minister Alexander Downer. It is the US’ long-desired ‘pivot to Asia’, which had been stalled and stymied by the emergence of ISIS, the re-emergence of the Taliban, and tit-for-tat strikes and counter-strikes against the Iranian regime.

AUKUS’ first initiative will be a collaboration on the construction and delivery of six nuclear-powered submarines for the Royal Australian Navy, making it only the second time that the US will share its closely guarded nuclear submarine technology and secrets. The first instance was with the UK, which secured access 63 years ago.

Australia will become the only non-nuclear armed country to own and operate a nuclear-powered submarine. This is considered a major coup for the country. Its Federal Government has pushed hard for access to US nuclear submarine technology to mitigate against what it perceives to be a rising threat from China’s aggressive efforts to expand its territorial claims in the Asian neighbourhood. Nuclear-powered submarines offer far greater strike and stealth power than conventional submarines due to their ability to operate almost undetectable and for longer periods beneath the surface of the ocean. 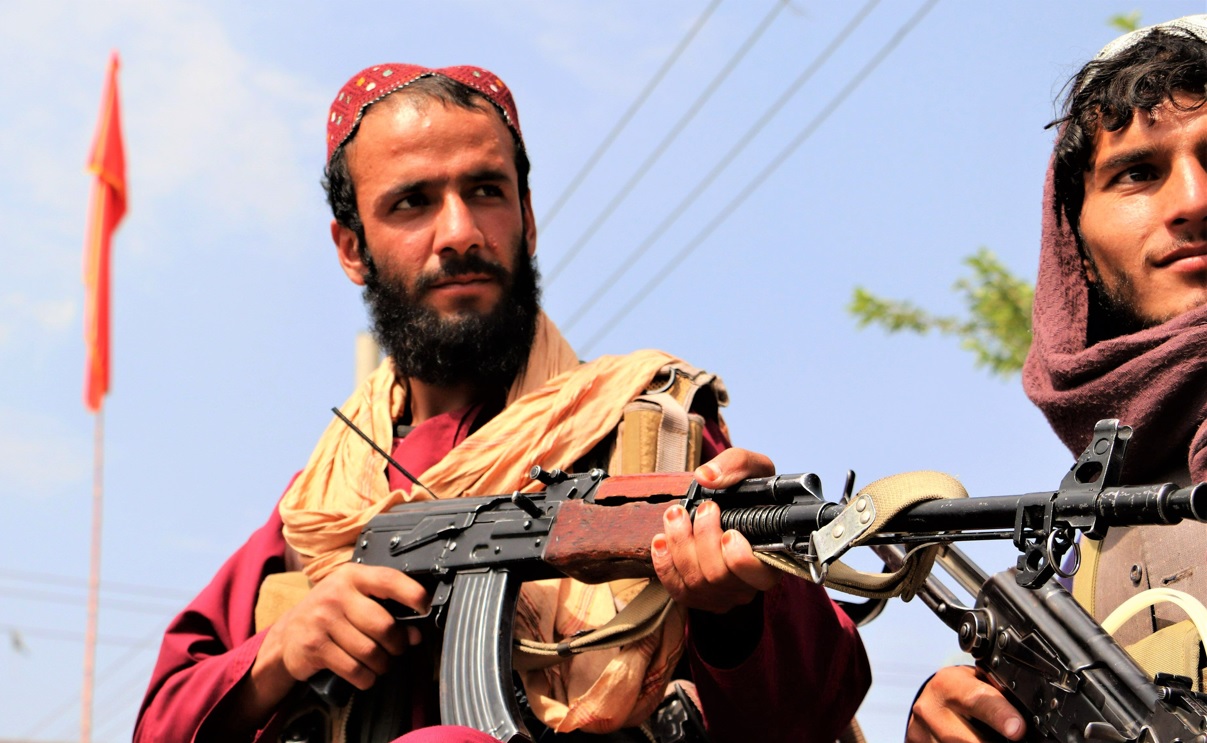 Successive Australian Defence white papers have identified an urgent need for Australia to develop maritime capabilities that allow its security forces to be able to strike Chinese military assets harder and further from its own shore. These concerns have been amplified to the point of hysteria in recent times, with the once robust trading partnership between Australia and China souring to the point of open hostility.

Canberra has not only spoken out publicly against Beijing’s aggression in the South China Sea, its mistreatment of ethnic Uyghurs in Xinjiang, and efforts to block international investigations into the origin of the Coronavirus pandemic, but also against its documented clandestine operations inside Australia’s borders – including espionage, the harassment of Uyghur migrants and dissidents, secretive political donations, the infiltration of community organisations, and the intimidation of Australian university students (as reported last year by Byline Times).

But Australia is not alone. The Philippines Government, which had signalled closer ties to Beijing at the expense of its very close military ties to the US under the leadership of President Rodrigo Duterte, has since done an about-face in response to China moving 200 armed ‘fishing vessels’ into the country’s exclusive economic zone – an incursion and occupation Manilla has likened to the annexation of Czechoslovakia by Nazi Germany in the run up to the Second World War.

These countries, along with Japan, South Korea, Vietnam and Indonesia, are angered and frightened by Beijing’s ‘grey zone’ approach for territorial expansion, which a senior Chinese military commander has likened to ‘salami slicing’, with others likening territorial acquisition to a cabbage – “surrounding a contested area with so many boats, fishermen, fishing administration ships, marine surveillance ships, navy warships” that the disputed island is essentially wrapped like layers of cabbage.

“Nowhere is the rules-based maritime order under greater threat than in the South China Sea,” said US Secretary of State Antony Blinken in July. “The People’s Republic of China continues to coerce and intimidate south-east Asian coastal states, threatening freedom of navigation in this critical global throughway”.

It is an observable and objective analysis that China is violating international maritime law, and therefore threatening the freedom of the seas and the world’s busiest shipping lanes, including those which so many Asian countries depend upon for their energy needs.

Last month, China announced that all foreign vessels, commercial, military or otherwise, must “report their detailed information” whenever entering what Beijing claims to be its “territorial waters”, despite such claims being in violation of international law. This sent a shockwave through Asia Pacific, prompting fears that China will fire upon ships that do not abide by its lawless demands.

China’s actions have brought it into direct conflict with no fewer than a half-dozen countries, and it should not be overlooked that Beijing is now openly threatening Taiwan with invasion.

Together, Australia, the UK, and the US have formulated the AUKUS security alliance to meet this threat. It will not only involve the construction of six nuclear-powered submarines but also cooperation on missile capabilities, cyber defence, artificial intelligence, quantum computing, research and development, and industrial supply chains, according to a statement by the White House.

That said, the move is likely to spark fierce debate between China hawks and doves in Australia, as illustrated in a recent op-ed by its former Prime Minister Paul Keating, who savaged the current Government of Scott Morrison for “wantonly leading Australia into a strategic dead end by its needless provocations” against its number one trading partner – China.

Professor Hugh White, who is widely renowned to be the country’s top national security scholar, echoed Keating’s concerns in warning that the deal may not be in Australia’s long-term strategic interests because it makes it ever more dependent on the US.

“In the escalating rivalry between America and China, we’re siding with the United States and we’re betting they’re going to win this one,” he said. “I don’t think we can assume that the United States is going to succeed in pushing back effectively against China”.

Ultimately, however, the AUKUS strategic partnership is now underway, bringing with it the official start date of a new Cold War in Asia Pacific.