Northern Ireland Amnesty'How can you Build Reconciliation On Denying People the Right to Truth?'

“They treated us as second class citizens in life – we damn well won’t let them do the same in death”.  This bitter response from a bereaved relative to London’s latest proposals to bury the thousands of unanswered questions arising from the conflict in Ireland is echoed by hundreds of others.

London’s is promoting its proposals as a pathway to encourage reconciliation in Northern Ireland after the 35-year-long conflict between the mainly Protestant community, who wish to retain the union with Britain, and the mainly Catholic community who wish to see a united Ireland.

Sandra Peake, head of the cross-community Wave organisation, which advocates for victims, flatly contradicts this.  “How can you build reconciliation on denying people the right to truth?  To tell people who have suffered unimaginable grief that what happened is no longer of interest to the state is perverse and obscene.”

The proposals are being sold by Boris Johnson’s government – and bought by the right-wing press – as “ending the witch hunt” against former soldiers by removing any prospect of prosecutions, even those already underway – including the trial for two murders and five attempted murders of “Soldier F” on Bloody Sunday.

But the proposals go much, much further.  They would close down:

The 1998 Good Friday Agreement was predicated on the British government enacting the Human Rights Act.  This week’s proposals hollow it out and jeopardise confidence in current policing arrangements.

In the absence of an agreed mechanism for helping all families, whoever the perpetrator, discover more about the deaths of their loved ones, the bereaved relatives and their lawyers have been forced into an ad hoc, and admittedly unfair, process of truth recovery.

Human rights groups and those advocating for the families of victims place the fault for this firmly at London’s door.  Such an agreed mechanism was reached over four years ago, called the Stormont House Agreement (SHA).

It was generally welcomed, with 16,000 separate responses to a public consultation exercise, one outcome being a firm rebuttal of amnesty as a way forward.

If London’s failure to implement the SHA led to the current imbalance – families were nevertheless making progress.  Judgement in the Ballymurphy Massacre inquest, for example, made it clear the ten people shot dead by the British Army in 1971 were not “terrorists” but entirely innocent people.

London’s proposals have united in opposition the voices of all main political parties at Stormont (seat of the locally-elected assembly) as well as every human rights organisation, domestic and international, along with all NGOs representing victims’ interests.  It is also opposed by the Irish government, joint signatory to the SHA.

The only welcoming voices are those of retired British Army officers; Conservative Party MPs – in particular those allied to organisations representing soldiers who formerly served in Northern Ireland – and the British tabloid press.

Tracey Mulholland is the 42-year-old granddaughter of Arthur Mulholland, shot dead in County Tyrone in February 1975.  A cold case review by the now-defunct Historical Enquiries Team found evidence of both police and military involvement in his murder but the family is still waiting for official acknowledgement of the state’s role.

“The politicians at Stormont should walk away from the Assembly”, she said this week, an indication of how anger is undermining confidence in power-sharing and hard-won local devolution.  “London clearly takes no notice of what our elected politicians want.”

As a feeble replacement for closing down every possible available avenue accessing justice, London is proposing a “toothless” information recovery body with undefined powers – as described in a recent joint statement from leading legal academics and human rights groups including Amnesty International.

The proposals, said the statement, appear: “Designed to obscure and obfuscate truth recovery and access to justice”.  Should all prosecutions, irrespective of the available evidence, be barred, they said, it was “highly unlikely” that any party to the conflict would volunteer information to families.

This is particularly true, they said, of the state where hard experience over decades has already demonstrated government departments and agencies clamp down and fail to disclose, even under legal obligations, the truth about their actions during the conflict.

“In short”, they said, London’s “proposed mechanism would appear to be designed as a perfect vehicle to prevent the truth from arising”.

This comes against a backdrop of the “profound concern” expressed in 2020 by the Committee of Ministers of the Council of Europe on the UK’s delay in implementing the SHA, an obligation under the European Convention on Human Rights (ECHR).

London’s proposals also contain significant inaccuracies.  They claim, for example, that the ten per cent of killings carried out by the British Army were “mainly legal”.  This ignores two current court judgements, including one that no effective investigations were ever carried out, called “an appalling practice” in the most recent legal ruling.

The proposals also fail to outline how a current court action on Britain’s alleged torture of internees carried out in 1971 will be handled, bearing in mind that torture, in any circumstances, is considered a war crime that cannot be qualified under international law by any statute of limitations.

The small number of legal firms in Northern Ireland who specialise in these “legacy cases” are certain that the proposals breach the ECHR – but it will take years of litigation in the courts to establish this legally – meanwhile grieving relatives, who have battled for years in whatever way they can – die off without the truth they so desperately need and deserve.

Human rights NGOs, the political parties, the Irish government and the groups advocating on behalf of victims, are planning to lobby politicians in Washington, including President Biden, over the summer and into the autumn in a determined campaign to force a U-turn in London.

They will also be looking to human rights groups in Britain for support and to the Labour Party whose leader, Sir Keir Starmer, as a former human rights adviser to the Police Service of Northern Ireland, has a better understanding than most of the critical importance the role that the past continues to play in both Northern Ireland’s present and future.

Anne Cadwallader is the author of ‘Holy Cross: The Untold Story and Lethal Allies: British Collusion in Ireland’.  She is an advocacy caseworker with The Pat Finucane Centre.

Sian Norris, 3 September 2021
New polling has revealed high support among young Conservatives for a stronger social safety net at a time when the Government is set to cut benefits for the poorest families 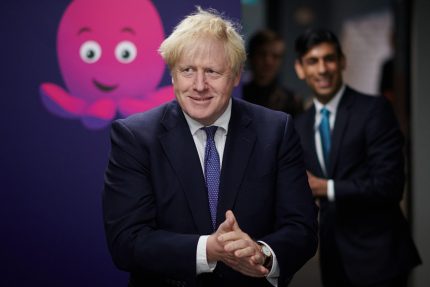 Emma DeSouza, 17 May 2021
Emma DeSouza reports on the election of the Democratic Unionist Party’s new leader and its implications amidst declining support for unionism as a whole in Northern Ireland 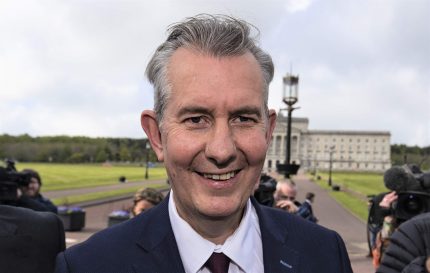