‘Dancing Queen?’ The Fixed Term Parliaments Act and the Return of the Royal Prerogative

The Fixed Term Parliaments Act is not a subject to set the pulse racing. Yet, its repeal presents a curious spectacle: a modern democracy deliberately taking power away from Parliament and returning it to the monarch.

As such, it raises some important constitutional questions. Who should wield the historic powers of the Crown, once the monarchy is no longer politically active? Should there be any limit on the use of those powers by a Prime Minister?

Under Britain’s unwritten constitution, some of the most momentous powers of the state still technically belong to the Crown. The right to declare war, to make international treaties, and to suspend Parliament are all “royal prerogatives” – powers vested in the Crown, which are not subject to parliamentary control. By convention, those powers are exercised on the ‘advice’ of the Prime Minister, but they do not belong to the Prime Minister. And they might, in certain circumstances, be withheld.

Before 2011, the right to call an early general election was a prerogative power, exercised by the Crown on the advice of the Prime Minister. The monarch, it was assumed, would almost always follow that advice. But it was always accepted that there were circumstances in which they might decline.

In 1950, the King’s private secretary, Sir Alan Lascelles, set out three scenarios in which a monarch might refuse a general election.

These became known as the “Lascelles Principles”, but we could imagine other scenarios in which an election might properly be denied.

For example, when the Opposition is in the middle of a leadership contest; or when it was intended to side-line Parliament during a moment of national crisis; or when there was reason to suspect electoral fraud or foreign interference.

Under this system, the monarchy became the ’emergency brake’ of the constitution. It could not exercise these powers itself, but, in exceptional circumstances, it could prevent a government from deploying them. In effect, it could deny a Prime Minister access to the ‘nuclear weapons’ of the constitution, such as the power to declare war or to suspend Parliament.

This was never a very satisfactory brake. It relied on a single individual, with no democratic authority, who might be inept, corrupt or Prince Andrew. It required a monarch to put their throne at risk, to defend institutions in which they had little personal stake. And, as Britain evolved from a ‘constitutional’ to a ‘ceremonial’ monarchy, it became more important to shield the monarch from political controversy than to protect the constitution from political harm.

The reluctance of the monarchy to intervene in politics is broadly welcome. A democracy should not be dependent on an unelected, hereditary institution to protect it from the abuse of power. But it raises an important question: who, if anyone, should take over its constitutional functions?

Under the UK system, a Prime Minister can take office with no majority in Parliament and no direct electoral mandate. They can be placed in Number 10 by a vote of party members, involving less than 1% of the electorate. It would be odd, in these circumstances, if there was no limit on their power to declare war, sign treaties or shut down Parliament. So whose job is it now to apply the brake?

In some areas, the Crown’s powers have moved to Parliament. The Fixed Term Parliament Act required MPs, not the monarch, to consent to an early dissolution. Both Tony Blair and David Cameron sought parliamentary approval for the use of armed force, establishing a new convention that Theresa May only partially rolled-back.

In other areas, the courts have intervened. Most famously, in 2019, the Supreme Court quashed the prorogation of Parliament as incompatible with the principle of parliamentary sovereignty. It was now the courts that were acting as the ’emergency brake’, restricting the illegitimate use of prerogative powers.

The present Government seems bent on reversing both tendencies. Its replacement for the Fixed Term Parliaments Act – the Dissolution and Calling of Parliament Bill – restores the dissolution of Parliament as a royal prerogative. It shuts down any role for Parliament in preventing an early dissolution and includes an “ouster clause” that forbids the courts from intervening. That leaves only the monarch as a check, and the Government has made clear that their role is to be purely ceremonial.

Meanwhile, the Government’s Dissolution Principles, published alongside the bill, remind the monarch that they must not take part in political controversy – as if a contested dissolution could be anything else. There is no mention of the Lascelles Principles or of any other circumstances in which a dissolution might legitimately be denied. The restored power is not so much a royal prerogative as a Prime Ministerial prerogative, against which there can be no court of appeal.

For a democracy to transfer power from Parliament to the Crown is bizarre in itself. The practical effect, at a time when the monarchy is politically inert, is to remove any check on the ability of a Prime Minister to access the highest powers of the state – whether or not they have a majority in Parliament, and regardless of who put them in office.

Are we sure that’s wise?

The Fixed Term Parliaments Act had many flaws, but the principle that underpinned it was sound: that prerogative powers should be regulated by statute, not handed wholesale to anyone who could win an internal party election. The return of the royal prerogative raises serious constitutional questions. This bill, like so much of the Government’s constitutional agenda, gives wrong and dangerous answers.

A version of this article was originally published on West Country Bylines. Dr Robert Saunders is a Reader in British History at Queen Mary University of London

Light and Shadows: Law-Makers and Populist Attacks – A Transatlantic Comparison 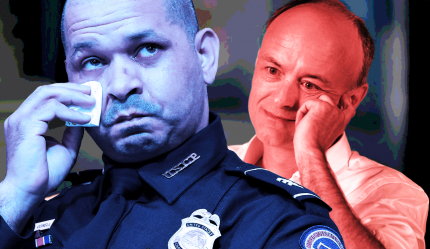 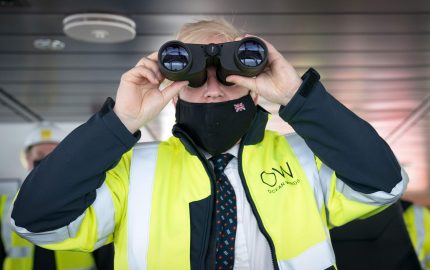 The Death of the Last Good Chap

Gavin Esler, 3 August 2021
Why do those in positions of power now evade accountability despite numerous examples of incompetence, dangerous liaisons, lies, and even corruption at the heart of Boris Johnson’s Government? Because the British political system allows them to, says Gavin Esler 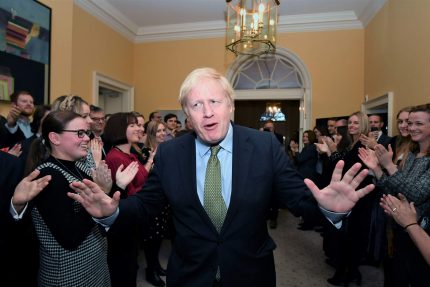