As the UK struggles with the reality that it is the only country in the world to create its own internal trade barrier, Mike Buckley looks at the dangerous pitfalls for Boris Johnson

Though it came as no surprise, the rejection last week by Ursula von der Leyen, the President of the EU Commission, of Boris Johnson’s latest bid to renegotiate the Northern Ireland Protocol is not only a blow for him but a defining moment for Britain.

From Johnson’s perspective, he is trying to fix a problem he created when he signed the Protocol and the Withdrawal Agreement of which it is part. The problems were discussed at length only to be dismissed by Johnson and his allies.

From an EU perspective, the deal has been done and the renegotiation Johnson asks for is untenable for one central reason: the integrity of the Single Market and the ongoing viability of the EU itself. But why are these perspectives so at odds?

In a different political age, the Conservatives understood and even valued the EU Single Market. Arthur Cockfield, the Brussels commissioner Margaret Thatcher appointed in 1985, was the driving force behind its creation. The motivation was clear: EEC membership had brought to an end Britain’s long underperformance as economic growth caught up with European peers.

Where the pre-existing Customs Union had removed tariffs on trade between member states the Single Market removed barriers created by differing national regulations which continued to make trade costly.  The Single Market would make trade, and continued growth, even easier.

Fast forward to 2021 and today’s Conservatives have long forgotten the value of the market they did so much to create. They have forgotten, too, one of its foundational and essential elements: its integrity.

Without the ability to ensure that all goods present in the market adhere to agreed standards and regulations the Single Market “is over”, says Johannes de Jong of the European political foundation, Sallux. As he sees it, the UK approach “would destroy our internal market”, something which the EU “won’t [allow to] happen”. 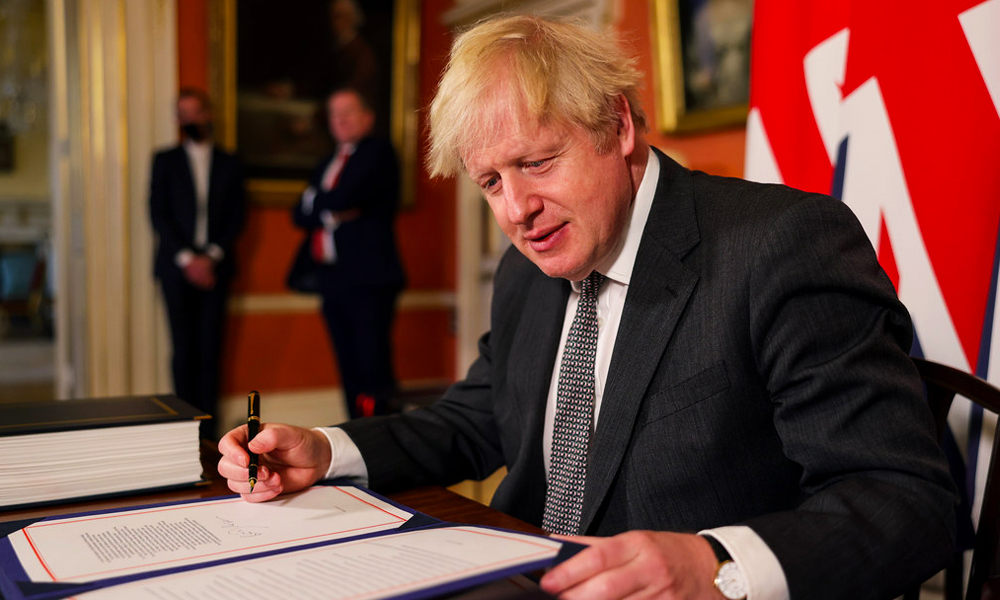 The UK’s failure to understand this has led to it repeatedly asking for the same unrealistic outcome. To ease trade flows between Great Britain and Northern Ireland the UK wants the EU to relax import checks on goods. From London’s perspective, this should be no big deal – why require checks when most goods will stay in Northern Ireland, and UK standards are in any case the same as they were when the UK was a member state?

But in Brussels, the situation looks entirely different. The UK may once have been a member state, but we left. Single Market access is a privilege of membership, and one they intend to ensure stays that way. London also fails to account for the fact that the UK is not the only external trading relationship the EU has to deal with. It has similar relationships with Switzerland, Ukraine, Norway and others. What it grants to one will understandably be demanded by others.

Should the EU allow Britain to export unverified goods into the market “Ukraine, Norway and Switzerland would jump on it”, says de Jong, “and others as well. There is no chance, it is politically and legally not possible.”

The result is a stalemate over the Northern Ireland Protocol. The British Government wants a substantial renegotiation, the EU is willing merely to tweak the existing deal.

The EU’s proposed solution is a Swiss-style veterinary agreement under which the UK would follow EU rules on agricultural and food products, allowing them to be imported into the Single Market, and hence Northern Ireland, without impediment.

Johnson has dismissed this out of hand and threatened to implement Article 16 of the treaty, which would allow the UK unilaterally to abandon certain key provisions as they apply to checks on goods moving between Britain and Northern Ireland.

This would result in retaliation from the EU: in all likelihood tariffs on some or all goods exported from the UK to the EU, causing further harm to British businesses already suffering from the increased expense and paperwork created by leaving the Single Market and Customs Union.

Meanwhile, if Johnson continues to fail to comply with the Protocol (EU sources say that the grace periods currently in place to allow flexibility will end in the autumn – the latest extension was the last) this could also lead to the imposition of tariffs on UK goods entering the Single Market via Northern Ireland or elsewhere.

The Government could also face pressure from US President Joe Biden and other world leaders. New Zealand Prime Minister Jacinda Ardern has already hinted that the UK’s application to join the Comprehensive and Progressive Agreement for Trans-Pacific Partnership (CPTPP) may be dependent on the implementation of the Protocol.

How Johnson responds will have consequences for Northern Ireland, the UK economy and our ability to gain trust with international partners in future trade negotiations, matters of national security and more.

All but forgotten are the people of Northern Ireland. Violence on its streets has its roots in real anger at the impacts of the Protocol, both economic and political. Both sides need to find a solution if tensions are not to grow, all the more given that some politicians in Northern Ireland including Jeffrey Donaldson, the new DUP leader, pretend that the Protocol can simply be wished away.

A better government than Johnson’s would recognise its culpability and accept Brussels’ compromise. In the absence of such a government, Brussels and Dublin will have to work all the harder for a viable solution, if necessary bringing in support from Washington and elsewhere. Peace and a viable economy in Northern Ireland depend on the outcome.