The AfD (Alternative für Deutschland – Alternative for Germany) is the electorally most successful far-right party seen in Germany since the end of the Second World War.

Formed in February 2013, the AfD entered the German Parliament, the Bundestag, on the 24 September 2017 after capitalizing on voter’s alarm following the decision of the German Chancellor, Angela Merkel, to open Germany’s borders to refugees fleeing civil wars in 2015. It concentrated its core electoral pitch on the opposition to the influx of refugees into Germany, taking 12.6% of the national vote that year. This allowed the party to pass the crucial 5% threshold, which, as set by the constitution, is needed by any political party to sit at the high table of German politics, the Bundestag.

It is predicted, that if opinion polls are correct, the AfD will return to Parliament in the forthcoming national elections to be held later this year on Sunday 26 September.

It’s not usually in revolution or a coup that democracies fall, but it is most likely in a slow drip of erosion that the public is almost unaware of, until it is too late…

This will establish the AfD as a two-term political party in the Bundestag, which in turn entitles it to a part of a treasure trove of millions of taxpayers Euros as funding for its affiliated foundation, the Desiderius Erasmus Stiftung. All political parties in the German parliament have affiliated foundations, theoretically providing what is termed “political education” through the promotion of policy, ideology, and recruitment of young talents to the party flag through the award of scholarships to students.

These are all state-funded with amounts being decided by the Bundestag itself as part of its Federal Budget following the guidelines of a joint declaration about the formation of affiliated political foundations in 1988. The sums of money being allocated to these foundations are huge. In 2019, for example, it amounted to a total of 542 million Euros (£466 million).

The concern surrounding the AfD stems in part from Germany’s Federal Office for the Protection of the Constitution, which has previously placed a radical wing of the party under surveillance due to its links with known Neo-Nazis and the suspicion of its actions being a violation of the constitution itself.

This wing, known as ‘Der Flügel‘, was established by the Thuringian Member of the State Parliament, Björn Höcke – a politician which a German court ruled could be legally called a fascist since this term “rests on verifiable facts”. The grouping, being formally declared a right-wing extremist organization by the state, was subsequently internally disbanded by Höcke.

Nevertheless, the 7000 members of the Flügel still remain in the AfD, raising the obvious question as to whether their influence has been dissipated at all. A further aligned court case of constitutional importance in Cologne is also pending. Here, the Federal Office of the Constitution was intending, following two years of investigation, to put the whole party under formal surveillance.

This case is now on hold until after the national elections, due to the AfD’s claim that any statement, upheld by the court, would hinder its ability to conduct a fair and equal election campaign with the other political parties for the 2021 elections.

The Anne Frank Centre and the Frankfurt Bookfair

Dr Meron Mendel is the Director of the Anne Frank Centre in Frankfurt – an organisation utilizing the diary of Anne Frank as a distinctive tool to promote tolerance and educate the public about the consequences of Nazism, racism, and discrimination.

The Anne Frank Centre was the first to note and point out the contradictions and dangers emanating from the AfD’s forthcoming claim on funds to be directed to its affiliated Desiderius Erasmus Foundation.

Dr Mendel told Byline Times the backstory: “Every year we have a stand at the Frankfurt bookfair. In 2018 our stand was positioned next to the Antios Verlag (a ‘New Right’ publishing house founded by Götz Kubitschek). It was this experience over the 5 days of the bookfair that opened my eyes to how the old school far right of street fighters was giving itself an intellectual face.

“We found ourselves at our stand being filmed by skinheads, and hate mails on social media and the internet went up to about 1000 messages a day. It was all very intimidating. Here we were in multicultural tolerant Frankfurt and next to us, at an adjacent stand, the views of the far-right were being normalized.

“It also became obvious to me that they wanted to be perceived as respectable politicians, but in fact, they hold the same policies of far-right extremisms, cloaked in intellectual respectability. The same messages are being re-packaged and this is extremely dangerous.” 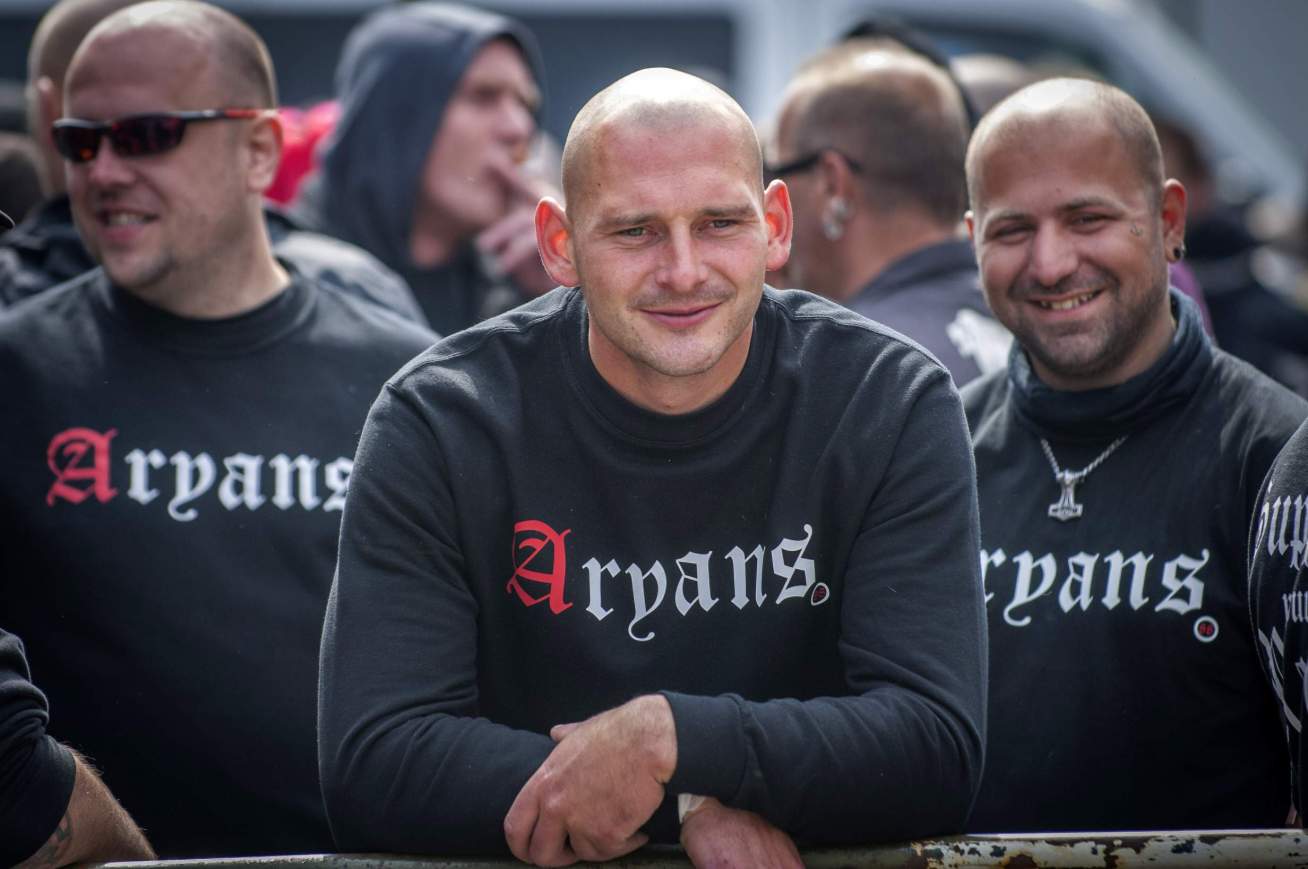 The experience prompted Dr Mendel to undertake his own research through the internet: “I wanted to see what the intellectual elite of the far-right were doing,” he told Byline Times. “I learnt about the scene’s interconnectivity by studying social media and this took me to the realization of the threat from a state-funded educational foundation for the AfD.”

Dr Mendel’s colleague Saba-Nur Cheema added to these concerns stating that its leadership are “race theorists and conspiracy ideologists, völkisch pseudo-scientists and hardcore, right-wing extremists from the milieu of the Identitarian Movement.”

From these observation’s the Anne Frank Centre concluded that some action was needed: “We are an information centre not a lobby group, but we felt the dangers needed to be raised among politicians.” A petition addressed the German Interior Minister calling for a commission to evaluate the situation which yielded, as Dr Mendel summarizes: “No response”.

Now the campaign is intensifying. The Anne Frank Centre co-opted the constitutional expert Hans Michelle Heinig, Professor for Public Law and Ecclesiastical Law at the Georg-August-University, Göttingen, to proof and endorse a draft legislative proposal for a ‘Defensible Democracy Act’ produced by former Green Party member of the Bundestag Volker Beck.

The intention is to put the allocation of Federal Funds from the Bundestag and German taxpayers to Educational Foundations on a legal footing, therefore ensuring that those institutions that receive state funding are committed to the German Constitution.

Some heavyweight politicians from across the political spectrum have joined the campaign, including CDU (Christian Democratic Union) Ruprecht Polenz who commented: “The Erasmus Foundation is systematically trying to blur the lines between right-wing extremism and conservatism. We should put a clear stop to this.”

Indeed, fellow CSU (the CDU’s sister party in Bavaria) politician Volker Ullrich, Interior Affairs spokesman, tweeted about continued vigilance over the AfD: “The concept of a defensible democracy means naming and fighting the opponents of the free democratic basic order.” 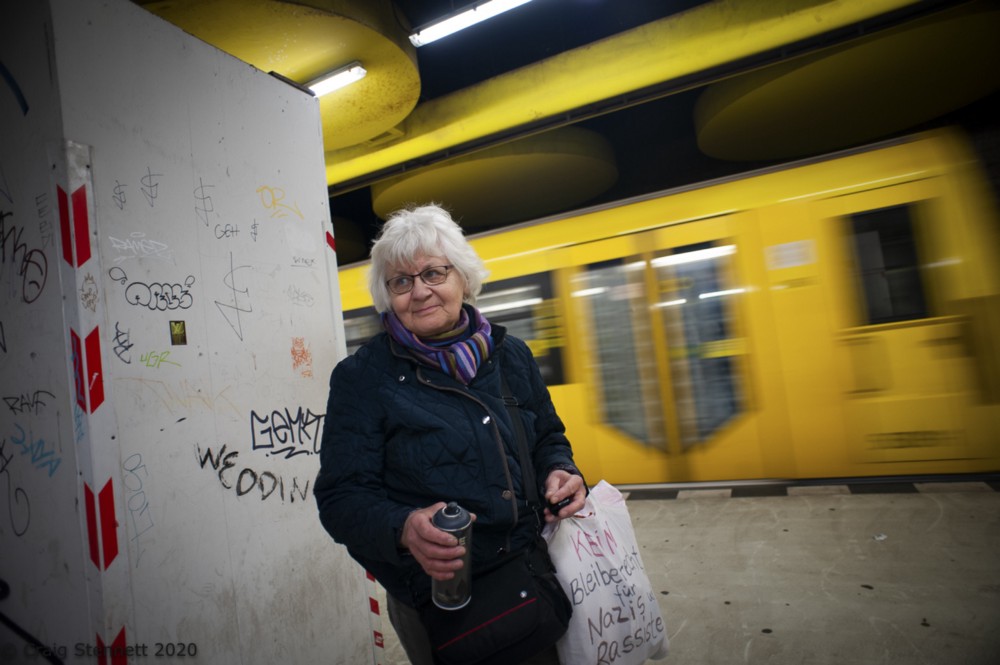 Fighting Fascism One Spray at a Time

The Greens have taken up the cause most vocally within the Bundestag. Science Policy spokesman for the parliamentary group Kai Gehring said of the AfD and its Desiderius Erasmus Foundation: “A publicly-funded institution that prepares the ground for racism, anti-Semitism, misogyny and queerism with an intellectual coating would be a heavy mortgage for our democracy”, adding that the Federal Government has “shied away from a clear, legal solution to the problem.”

Dr Mendel is hopeful that there is still time to draw attention and stop the forthcoming dangers through legislation. Holocaust organizations, Sinti groups and Remembrance organizations are combining their strength alongside informed politicians, and the Anne Frank Centre is launching a fresh campaign of awareness.

However, citing the Anne Frank Centre’s publication When Democracies Die, Mendel makes a salient point about the dangers ahead: “It’s not usually in revolution or a coup that democracies fall, but it is most likely in a slow drip of erosion that the public is almost unaware of, until it is too late, and it is the most dangerous thing German Democracy is now facing.”