China’s attacks on its critics are the actions of a superpower gone rogue, says CJ Werleman

Coined from the Chinese action film Wolf Warrior 2 – which depicts a hyper-masculine Chinese soldier taking on the entire world – wolf warrior diplomacy has made China a global bully; one now willing to flex its military, economic and diplomatic might against anyone it perceives to be a threat.

In the past six months alone, China has threatened Taiwan with military invasion; inserted armed ‘fishing boats’ into the Philippines’ exclusive economic zone; jailed pro-democracy activists in Hong Kong; entrenched its military presence on a chain of illegally-seized islands in the South China Sea; expanded its illegal settler-colonial projects in Tibet, Bhutan and Xinjiang; and engaged in shooting skirmishes with the Indian military in the Himalayas.

Xi Jinping has put China on a war footing and the Asian superpower is ready to avenge its ‘century of humiliation’. This has thrust upon Japan, South Korea, Taiwan, Vietnam, the Philippines and Australia a sense of heightened anxiety, with Manila likening China’s actions to Nazi Germany’s annexation of Czechoslovakia, while Canberra has told Australians to “brace for war”.

This is the China we find today in the real world: a nuclear-armed bully becoming increasingly like the Rambo-esque character portrayed in Wolf Warrior 2.

Why Does Anti-Imperial LeftEnd Up Denying Genocide?

The China we find in the online world is equally aggressive and combative.

A recent example of this wolf warrior trolling took place during Israel’s bombardment campaign against Hamas militants in Gaza last week – which killed more than 250 Palestinian civilians – when a spokesperson for the Chinese Ministry of Foreign Affairs tweeted: “The US claims that it cares about the human rights of Muslims. But it turns a blind eye to the sufferings of Palestinian Muslims in recent clashes between Israel and Palestine.”

This tweet can be interpreted in no other way than a form of rhetorical retribution for Joe Biden’s administration having slammed Beijing at the United Nations only days earlier for its persecution of its ethnic Uyghur, a Muslim minority.

“China’s relentless promotion of this narrative – that Washington is indifferent to civilian suffering in Gaza and derelict in its duties as a global power – represents more than spite or defensiveness,” observes Michael Singh, a senior fellow at the Washington Institute for Near East Policy. “It is a sign that great-power competition is being fought in more regions of the world and across multiple arenas, including the seamier cauldrons of social media… Washington’s real concern should be if Beijing’s new-found aggression will eventually leave the confines of social media trolling and move on to more dangerous battlefields.”

China is not only waging an ideological online war against America and other nation-state rivals but also against its critics, particularly human rights activists and journalists – including myself and Byline Times.

Two weeks ago, the Chinese state-controlled media organisation T-House Opinions tweeted an image of my recent investigation for Byline Times, accompanied with the words: “CJ Werleman, just remind you that the total population of Uyghurs in Xinjiang is 12 million. So you’d better cook up your next number under 12 million” – a challenge to credible claims that anywhere from three million to nine million Uyghur are unaccounted for. 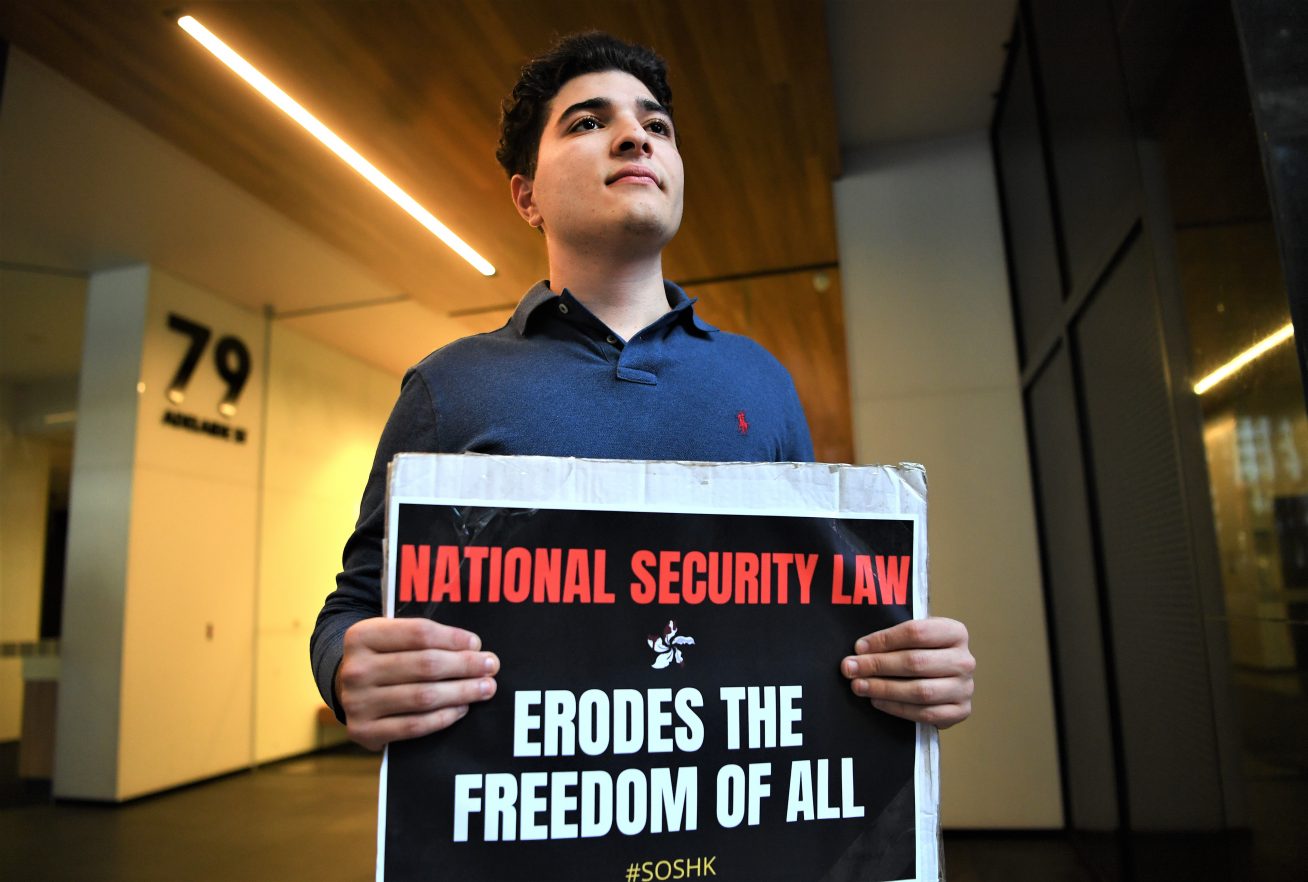 I replied by pointing out that a Chinese Government spokesperson had claimed that the current Uyghur population was only six to seven million, meaning that Beijing had essentially confessed to halving the total Uyghur population in five years.

Last year, the spokesperson for China’s Ministry of Foreign Affairs accused me of being an “anti-Chinese propagandist” and “notorious in China for anti-China activities” in an interview he gave to an Indian newspaper.

But this is nothing compared to others who have been on receiving end of Beijing’s ire.

Drew Pavlou, an Australian university student and pro-Uyghur activist who I interviewed last year for Byline Times, after he was suspended by his school under pressure from the Chinese Government, has been subjected to a terrifying torrent of threats and abuse by China’s cyber-army in recent weeks, as reported by The Courier Mail.

Chinese Government hackers hacked into his computer and that of his family members, and then shared this stolen financial and personal information online, while also falsely accusing him of being a “paedophile”, a “Nazi”, and of taking financial bribes from the US Government. Threats of rape and death were also delivered to the home of his parents.

Uyghur migrants in Australia, Europe, Turkey and the US have reported similar abuse and harassment from members of China’s security agencies and pro-Government hackers and trolls, including threats of harm to family members who remain in Xinjiang.

“Authoritarianism doesn’t stop at the water’s edge,” argues Suzanne Nossel, a former deputy assistant secretary of state for international organisations at the US State Department.

China’s attacks on its critics are not only symptomatic of a repressive totalitarian state, but also that of a superpower gone rogue – offering a further reminder that the stakes in the global contest between authoritarianism and democracy have never been greater.