The majority of people for the majority of history are a cauldron of contradictions and the Prime Minister’s controversial former chief advisor is no different, says Reverend Joe Haward

Dominic Cummings giving evidence before a committee of MPs on Government failures throughout the Coronavirus pandemic left a strange taste in the mouth.

The architect of the Vote Leave campaign and Boris Johnson’s former chief advisor is not known for his honesty and integrity. As Sam Bright wrote in these pages, through the Brexit campaign, Cummings ended up “unleashing a wave of… xenophobia and neo-authoritarianism”, from which the UK continues to suffer. It is understandable, then, if his evidence rings a little hollow.

Cummings, because of ideological belief, was instrumental in a nation descending into division, whilst he himself climbed to a place of significant power and influence. Yet, because of his role within the very heart of government, he has insights unique to his position. As we trawl through his testimony and examine the evidence, we are confronted with moments of truth, in which what he says confirms in further detail the incompetence, apathy, and mendacity of the Government’s pandemic approach.

Cummings has eroded all trust in his character, yet has revealed truth as to the Government’s inner workings and Boris Johnson’s failings. So how much do we listen to him? And how do we view him going forwards?

The world is not divided into heroes and villains, angels and demons, fighting to either install total goodness or everlasting evil upon the world. We are each and all a kaleidoscope of complexity; people for whom the line of good and evil tracks a complicated path through us, as Aleksandr Solzhenitsyn once put it.

Granted, it may be simpler to imagine the world as a battle between fascists and freedom fighters; between those filled with hate and those who pursue compassion. But we only need to reflect inwardly for a moment, in those secret places of our consciousness where no-one gets to see, and it quickly becomes apparent that humanity is a complex web of desire.

The majority of people for the majority of history are a cauldron of contradictions: we love and hate; show compassion and indifference; seek the truth and entertain lies; defend the weak and champion oppressors. That is what we are like. As Plutarch said, “to err is human”.

Without doubt, there have been those throughout history who have not simply erred, but who have acted with such cruelty and evil that it feels impossible to draw out from within them anything that we might call human. But they are not the standard by which we examine all of humanity and its history.

Likewise, those regarded as true saints, as heroes living among us, are not without their own flaws and failings. In the words of Terry Jones from Monty Python’s Life of Brian: “He’s not the messiah. He’s a very naughty boy!” Everyone falls and fails, such is life’s reality. It is important that we remember this when searching for the truth, for the facts and evidence that will bring to light what is actually happening around us.

Within our current political climate, depending upon which side you are on, politicians, leaders, and those in power are often regarded through the lens of evil personified or messianic deliverers. It is in these moments where truth is obscured in favour of overly-simplified soundbites and the distortion of reality. 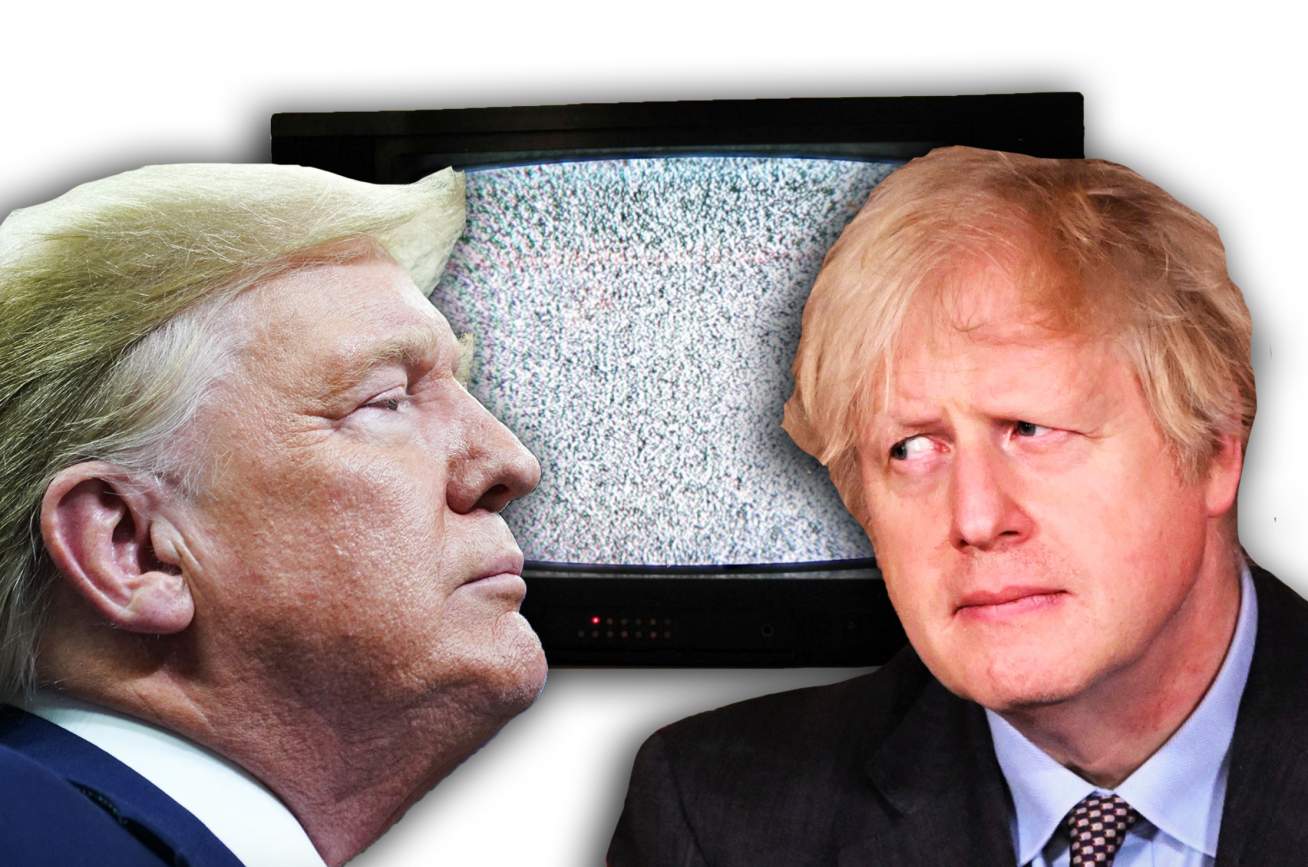 A Very British Trump A Leader Captured by Media

The Truth Will Set You Free

This does not mean that exposing corruption and criticising those in power is off-limits.

The German pastor and Nazi resistor, Dietrich Bonhoeffer, said that “silence in the face of evil is evil itself… not to speak is to speak… not to act is to act”. Indeed, in times such as this, as further evidence of Government failings come to light, the only thing that can be done is to speak out and act; to demand that justice is sought for the thousands upon thousands who have died because of incompetence and negligence.

And this brings us back to the Cummings’ quandary.

Jesus said that, before we try and remove the speck of dust in our neighbour’s eye, we must first remove the plank of wood from our own – none of us can claim to act with perfect objectivity and motives.

Dominic Cummings is not pure evil and neither is he a saint: he is human. And he has erred. Greatly. But that does not mean that we should dismiss those truths that he has shared.

The evidence will accumulate, and the inevitable holes will begin to show in some of his testimony, but there will also be elements of authenticity. Is he doing it out of remorse, a public display of repentance? Or is he seeking to save his own skin? It is probably a mixture of both.

His revelations must not be reduced to public spectacle – the court jester giving a sharpened assessment of the king’s failings amidst the stench of grovelling servants – otherwise nothing will be truly heard. Instead, we would be wise to take any evidence that endures under scrutiny and use such knowledge to apply pressure upon a Government which refuses to be held accountable for its actions. That includes holding to account Dominic Cummings for the part he played in this catalogue of pain and injustice.