Maheen Behrana explains how the new working class is heavily populated by young people in urban areas, paying extortionate rents and working in the gig economy

In the wake of Labour’s staggering defeat in the Hartlepool by-election last week, combined with a poor showing in English councils, MPs and commentators alike are scrambling to find explanations.

Party leader Keir Starmer issued a statement in which he claimed that Labour had “lost the trust of working people”, seemingly echoing the words of Birmingham Perry Barr MP Khalid Mahmood. In an article for the right-wing think tank Policy Exchange, Mahmood attributed Labour’s losses to the party having lost touch with “ordinary” people. He claimed that Labour had been “captured” by a “woke” “London-based bourgeoisie”, obsessed with the politics of “identity” and “division” – abandoning its “working class” core.

But dig a little deeper into Mahmood’s analysis and it’s clear something isn’t quite right with the sharp demarcations he draws, particularly between metropolitan Labour voters and those populating the party’s former ‘heartlands’. For one, the idea that Labour is in thrall to a ‘woke’ cabal whose views alienate traditional voters may be catchy, but it’s not really supported by fact.

A sentiment analysis of local election voters by J L Partners found that just 2% of former Labour voters who had defected to the Conservatives cited the party’s ‘wokeness’ as their main reason for doing so. This compares to some 16% of people who cited the party’s leadership as their main reason for not voting Labour, and a further 17% who didn’t think that the party stood a chance of winning. 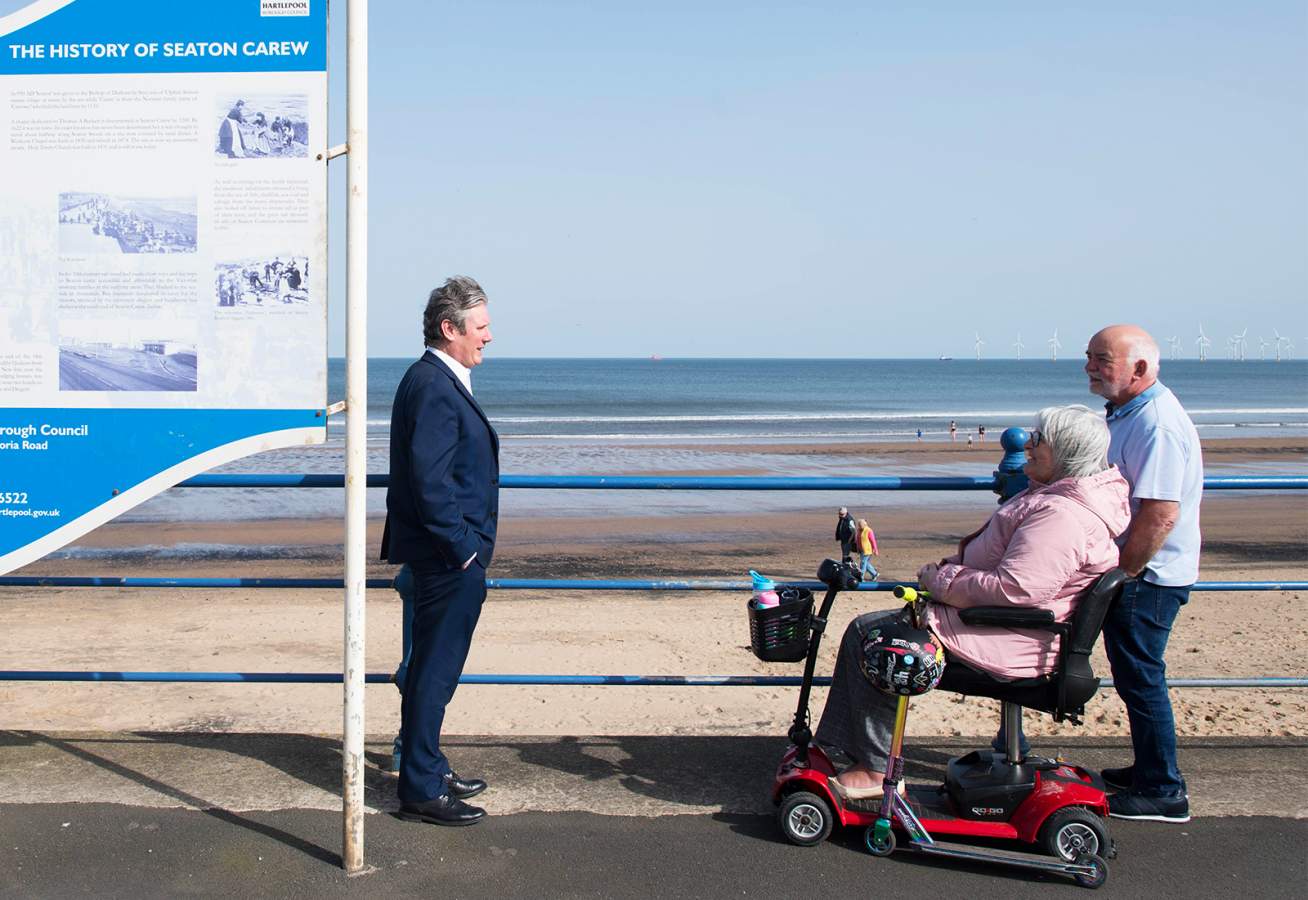 Indeed, when it comes to ‘Labour values’, voters are largely supportive of policies that the party once claimed as its own. Across both Conservative and Labour voters in the Hartlepool by-election, there was a clear preference for public spending and investment over paying off the country’s deficit. Of course, a zeal for public spending is no longer a uniquely Labour trait; the furlough scheme proves this, and the actions and promises of Tees Valley Mayor Ben Houchen – re-elected comfortably last week – hint at a new kind of Tory appeal grounded in local investment.

Granted, there are real demographic differences between certain voting blocs. While in the 2019 General Election 56% of 18-24 year olds voted Labour, between 1981 and 2011 Hartlepool’s population of 16-24 year olds dropped by 25%. Ethnicity cannot be shirked as a factor, either, with 64% of those from non-white groups voting Labour at the last general election.

But beyond these differences – and the geographical and educational disparities that come with them – there are patent similarities between young metropolitan voters and the new Conservative voters of the north.

Indeed, young urban dwellers may be more likely to have a degree than those switching to the Conservatives in the north of England, but that hardly makes the young a social elite.

More than 50% of young people now attend university, and when they leave they are likely to gravitate towards big cities, specifically London, in search of work. When they get there, they are rewarded with salaries that have increased little since the 2008 financial crisis (despite the sharply rising cost of living) and are saddled with burdensome student debt. When they try to rent a place to live, they will find themselves handing over almost half their salary for the luxury of a bedroom to call their own. If they are unlucky, they will find themselves sucked into the gig economy, where 56% of workers are under 34, without rights to sick pay, maternity leave or other workplace benefits.

The new working class is populated heavily by young people in cities.

What many young Labour voters in London want – myself included – is security. Yes, social equality issues may be at the forefront of many young voters’ minds, but it is impossible to achieve social equality without economic reform. Indeed, many racial inequalities are tied directly to economic inequalities: insecure jobs, a lack of rights at work and unaffordable, unsafe housing.

And while the Conservatives have cleverly targeted those who own their own homes, this is an appeal based on security. Houses are seen as stable, fixed assets, and people want their investment to be protected – for their sake and the future generations of their family.

Returning to the aforementioned J L Partners poll, the main cited reason for voting Conservative in the local elections was a belief in the party as the most ‘competent/sensible’ option. It’s clear that Tory switchers saw the party as a safe option.

Voters may be divided in terms of which party they believe can deliver a more secure, stable Britain, but there is something of a broad consensus in what people want: a good, well-paid job; the ability to own a home and bring up a family in relative comfort; free, good quality healthcare and dignity in later life. These aspirations do not vary between age groups.

The problem for Labour may lie in borrowing the Conservative Party’s culture war rhetoric as a means of appealing to former ‘Red Wall’ voters. Young, ethnic minority voters are leaving the fold, and the performance of the Green Party last week could signal an erosion of Labour’s youth vote. As political scientist Rob Ford has noted, younger voters don’t necessarily have a deep-seated loyalty to any political party and are prepared to change their voting intentions accordingly.

We are in a time of great political change – not only have voter profiles altered but so have the lives we lead. Young people face a volatile future – one of the few generations that is likely to be worse off than their parents – while older voters face instability in the form of eroded, underfunded public services.

Labour’s strategy team has an unenviable task ahead of it. But the facts suggest that its conclusions should be far removed from the ideological cacophony of these first few days of recrimination.