Stephen Yaxley-Lennon, commonly known as ‘Tommy Robinson’, has been hosting the perpetrator of an assault on a Syrian school-boy refugee, who is a key witness in his current legal action, a court has heard.

The testimony, from a young man Byline Times has decided not to name, came during the second day of the libel action taken by the school-boy, Jimal Hijazi, against the founder of the English Defence League at London’s Royal Court of Justice.

Yaxley-Lennon is representing himself in the court case, over comments he made after a video of Hijazi being assaulted by a fellow pupil appeared online.

Yaxley-Lennon has stated that it was the Syrian refugee Hijazi who was the real bully, that he had assaulted young women at his school and threatened other young people with a knife – allegations that he has to prove under English libel law.

Opening his defence case, Yaxley-Lennon challenged the view of the English Defence League (EDL) as a far-right party, saying it was an “centrist” organisation.

Yesterday’s main witness was the pupil filmed carrying out the assault on Hijazi, which included footage of him pouring water into his victim’s face in an echo of the ‘waterboarding’ technique used by US and UK forces during the war in Iraq. 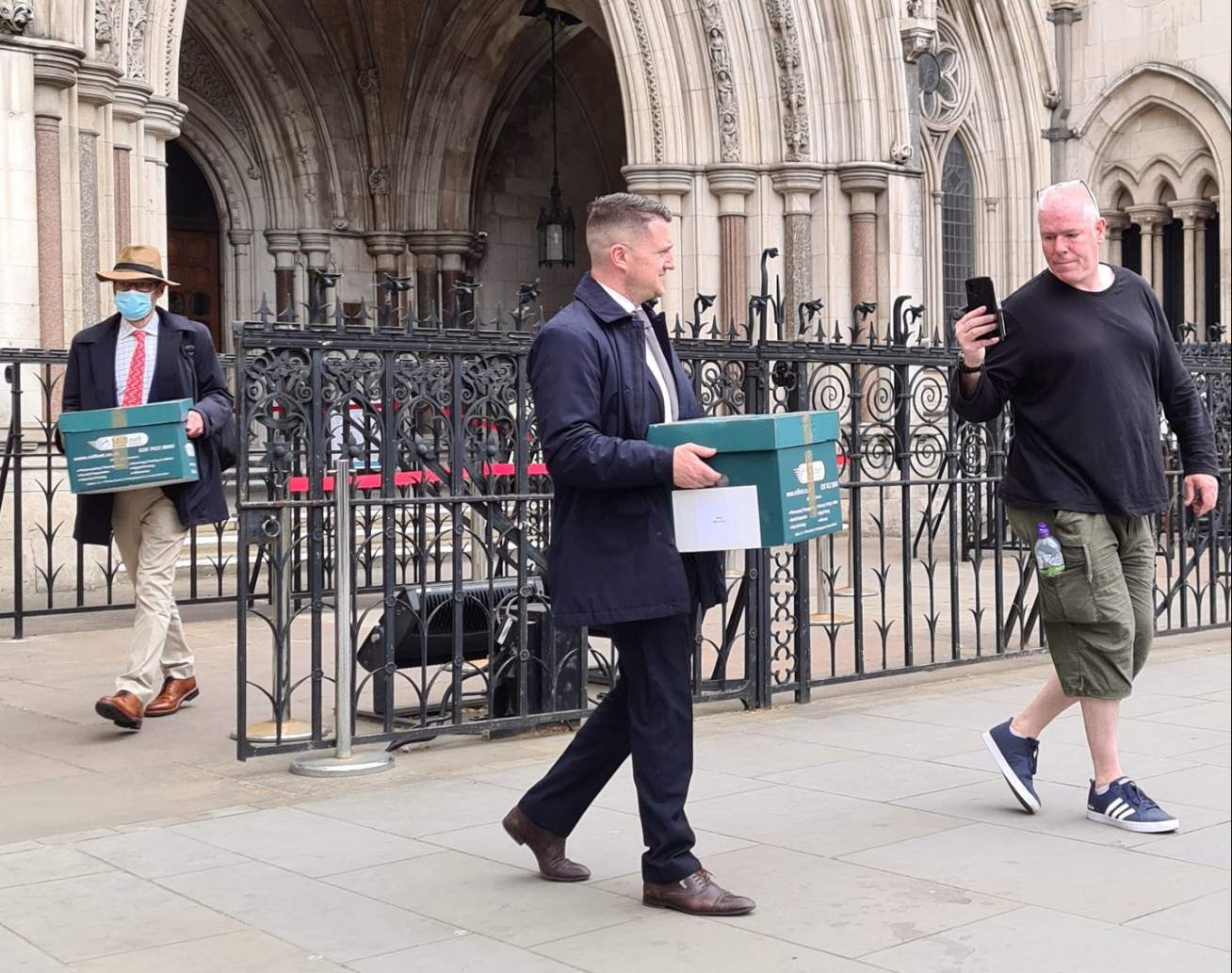 In the witness box, the young man admitted he had a “troubled time at school,” had been “hot-headed,” but claimed he had made efforts to change his behaviour after the attack.

He also denied being a supporter of the EDL – but said in his view it was a non-racist organisation, and did good work exposing “Muslim grooming gangs”.

Cross-examining for the claimants, Catrin Evans QC put it to the witness that he had grabbed Hijazi by the throat a few hours before the incident shown in the video.

Counsel then moved onto the witness’s alleged support for the EDL, noting that he had spoken to teachers about the organisation, and referring to documents showing that he had discussed various issues before the attack on the Syrian refugee, with a person whose name had been redacted.

Asked if this person was Tommy Robinson he replied “I couldn’t say”. Evans then put it to the witness that, after the assault, he had moved to Luton to “live with Tommy Robinson and his family,” which he denied. The QC then showed the court a transcript of a speech made by Yaxley-Lennon at a Brexit rally in London where he stated that the witness had been “living with me and my wife for the last four months.”

The young man replied by saying he had contact with Yaxley-Lennon but wasn’t living with him. On re-examination the witness agreed that he was currently living in a property that was owned by Yaxley-Lennon.

Court then adjourned for the day. The trial continues.