HS2 Limited and Fusion & Murphy Joint Venture has been ordered by the High Court to stop tree felling at Jones’ Hill Wood in Buckinghamshire, pending a judicial review.

The review challenges the lawfulness of Natural England’s decision to issue a bat licence that would allow half of this ancient beech woodland to be cleared in order to make way for the high speed railway.

A bat licence is issued “to do an activity that would otherwise be illegal” with regards to a protected species. All bats and their roosts are protected in the UK and cannot be disturbed without a bat licence.

Natural England is funded by the Department for Environment, Food and Rural Affairs (DEFRA) but works independently of the Government. It has a range of statutory duties that include monitoring and protecting England’s most valuable habitats, halting biodiversity loss and advising the Government on environmental policy, planning and licensing.

It has been criticised on numerous occasions for allowing HS2 to self-regulate its own poor environmental performance.

Conservation groups including the Royal Society for the Protection of Birds and the Woodland Trust – the UK’s largest woodland conservation charity – have voiced fears that HS2’s cavalier approach to the environment risks becoming a blueprint for other Government-sponsored infrastructure projects in the future.

Jones’ Hill Wood’s hollow trunks, rot holes, cavities and flaking bark in ancient trees are known to provide places of rest – known as roosts – for several species of bat. They can be used by hibernating bats in the winter or by colonies of female bats and their young in the summer.

Last November, independent ecologists found roosting barbastelle bats at the site – one of the rarest mammals in the UK. The Woodland Trust highlighted the lack of bat data and wrote to HS2 threatening legal action if Jones’ Hill Wood was felled without a bat licence.

Rushed bat surveys, which Natural England conceded were not up to industry standard, meant that it initially declined to grant a bat licence in February. It then U-turned a month later, with a licence issued on 30 March this year – a move that triggered the legal challenge by Richard Buxton Solicitors, acting on behalf of environmental campaigner Mark Keir.

They argue that Natural England had issued the bat licence despite inadequate surveys, unproven compensation measures and a false declaration of landowner consent to site bat boxes on private land as part of the mitigation measures.

Although Natural England does not comment on ongoing legal actions, the director for wildlife licensing and enforcement cases, Dave Slater, has written a blog defending the decision to issue the licence.

“We have undertaken a careful assessment of the impacts in this area and requested further [bat] hibernation surveys,” he wrote. “Our assessment has concluded that the felling of 0.7 hectares of woodland at Jones’ Hill Wood will not be detrimental to the favourable conservation of the overall bat populations in this area.” 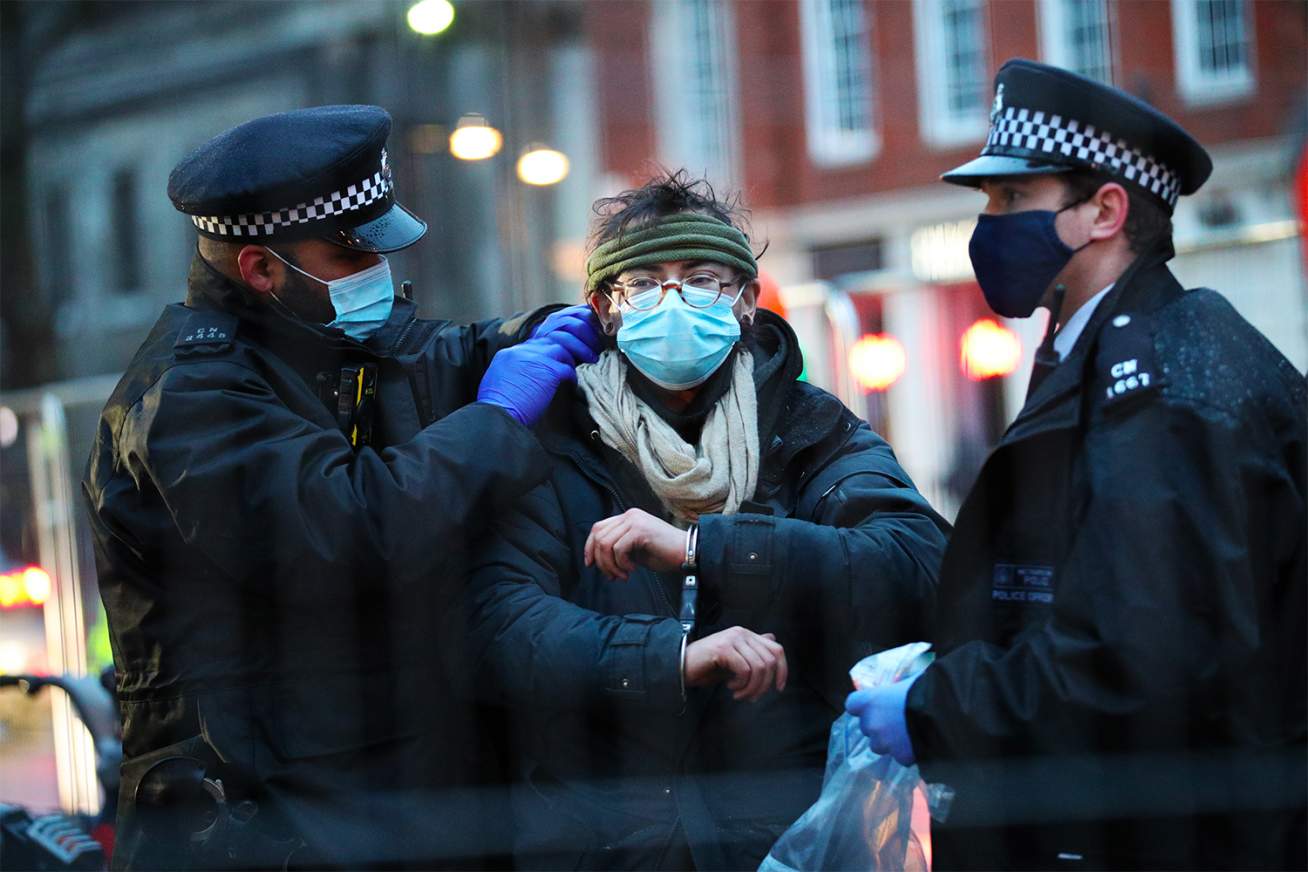 ‘Completely Unnecessary Vanity Project’The HS2 ProtestorsDigging In for the Climate

Proving the Worth of Ecological Protections

The legal challenge is unlikely to stop HS2 being built or to save the ancient woodland from being felled. However, the importance of the ruling should not be underestimated, believes Lisa Foster, a partner at Richard Buxton Solicitors.

“The important principle raised in the case is that high ecological protections matter when destroying ecologically important habitat, even in the context of nationally significant infrastructure,” she told Byline Times. “This case will give the court the opportunity to determine if Natural England failed in its regulatory duty.

“The real tragedy and block to strong legal protection is a weak regulator. Natural England has the powers to enforce the law and, in our view, it has failed to do so in respect of Jones’ Hill Wood.”

For Foster, this failure has left members of the public such as Mark Keir with “no choice” but to step in and pursue a judicial review.

“Without legal proceedings, this licence decision sets the bar for derogations licences – where there are important rare protected species like the barbastelle bat – too low and will create a terrible precedent for future actions of HS2 and others,” she added.

A derogation licence permits illegal activities relating to bats and can be issued for specific purposes and by specific licensing authorities in each country.

A Gap Between Ambition and Reality

Tony Whitehead, of the Royal Society for the Protection of Birds, told Byline Times that HS2 had had “years to get the necessary survey work done, years to ensure that the appropriate licences are in place, and years to sort appropriate mitigation and compensation for the works as is required of any developer”.

He said the organisation hopes that the judicial review will help it to understand exactly what has happened on the site.

While the high speed railway had plans to be “one of the most environmentally-responsible infrastructure projects ever delivered in the UK”, he said that there is “a wide gap between ambition and reality for HS2″.

The Bat Conservation Trust is urging HS2 “to use this opportunity to review its plans in order to minimise disturbance and avoid destruction of ancient woodland”.

Mark Keir’s liability for the costs incurred by Natural England, HS2 Limited and Fusion & Murphy Joint Venture has been capped at £5,000. This decision sets an important precedent – allowing individuals to bring legal challenges of this nature in the future without risk of reprisal with large costs awarded. Keir’s own legal costs have been capped at £35,000, the same amount raised through a crowdfunding campaign.

Campaigners and conservation groups now hope the court case will send a clear signal to HS2 and future Government-backed developments that cutting corners in relation to protected species and valuable wildlife habitats is not acceptable.

The judicial review is due to take place after 24 May 2021, although a date has not been confirmed.