Sam Bright reports how a former Downing Street director of communications, a diplomat and an ex-First Minister of Wales all have ties to the company that worked in tandem with Greensill

The company that worked in partnership with Greensill Capital, which precipitated the finance firm’s demise, has multiple ties to British politics – notably firms and individuals that operated close to Government during David Cameron’s time as Prime Minister.

Greensill Capital filed for insolvency protection in early March this year, after running into financial trouble associated with a deal it had struck with the Gupta Family Group (GFG) Alliance.

Run by Sanjeev Gupta, GFG is a multi-billion-pound firm that specialises in metals and energy, operating in 30 countries. GFG owns 11 sites in the UK – including steel plants in Scunthorpe, Stocksbridge, Dalziel and Newport – which directly employ some 3,000 people.

GFG and Greensill had a finance arrangement whereby Gupta would bring Greensill the invoices he had sent to his customers. While the customers might have been allowed up to 180 days to pay, Greensill would give Gupta the money immediately – assisting with cash flow and fuelling the firm’s expansion efforts.

Gupta also sold bundles of these invoices to investors, with Greensill taking a cut for arranging the deals. However, after some debtors started defaulting on their debts, firms that bought the bundles pulled the plug – notably Credit Suisse, which is now engaged in a battle to recoup its money.

GFG accounted for more than half of all Greensill’s business, with the latter exposed to the tune of $5 billion. GFG has warned that it could in turn collapse, threatening jobs in the UK.

However, this story also has a political hue.

Exposés from The Sunday Times and Financial Times have revealed that former Prime Minister David Cameron lobbied senior ministers on behalf of Greensill, encouraging the Government to grant the firm a greater role in providing publicly-guaranteed Coronavirus loans to small businesses.

Before the firm’s collapse, it is believed that Cameron held share options in Greensill worth millions. Cameron also lobbied Health and Social Care Secretary Matt Hancock in 2019 on behalf of Greensill, when it sought to introduce an NHS wage payment scheme.

Cameron admits that he made a mistake by personally messaging members of the Government, including Chancellor Rishi Sunak, but maintains he abided by the rules.

In an additional development, Byline Times can reveal several political links to GFG.

Indeed, Liberty House Group – owned by GFG – made a bid for Tata UK, first announced in May 2016. One of the external advisors for the bid was Jon Bolton – a former director of Tata Steel who was joint chair of the Government-convened UK Steel Council from 2015 to 2018 alongside the Business, Energy, Innovation and Skills Secretary. Bolton is still a member of GFG’s global advisory board.

It appears as though Macquarie has extensive links to GFG. The investment bank is listed as one of the partners of Simec Atlantis – a core firm owned by the GFG Alliance. GFG and Macquarie have recently been collaborating on a port project in Southern Australia.

Macquarie also has links back to British politics and Cameron’s period as Prime Minister. In 2015, after winning a majority in the House of Commons, David Cameron’s Conservative Government announced that it was considering selling the UK Green Investment Bank (GIB). The GIB was established in 2012 to address a lack of private sector investment in the green economy – helping to provide funding for relevant projects. 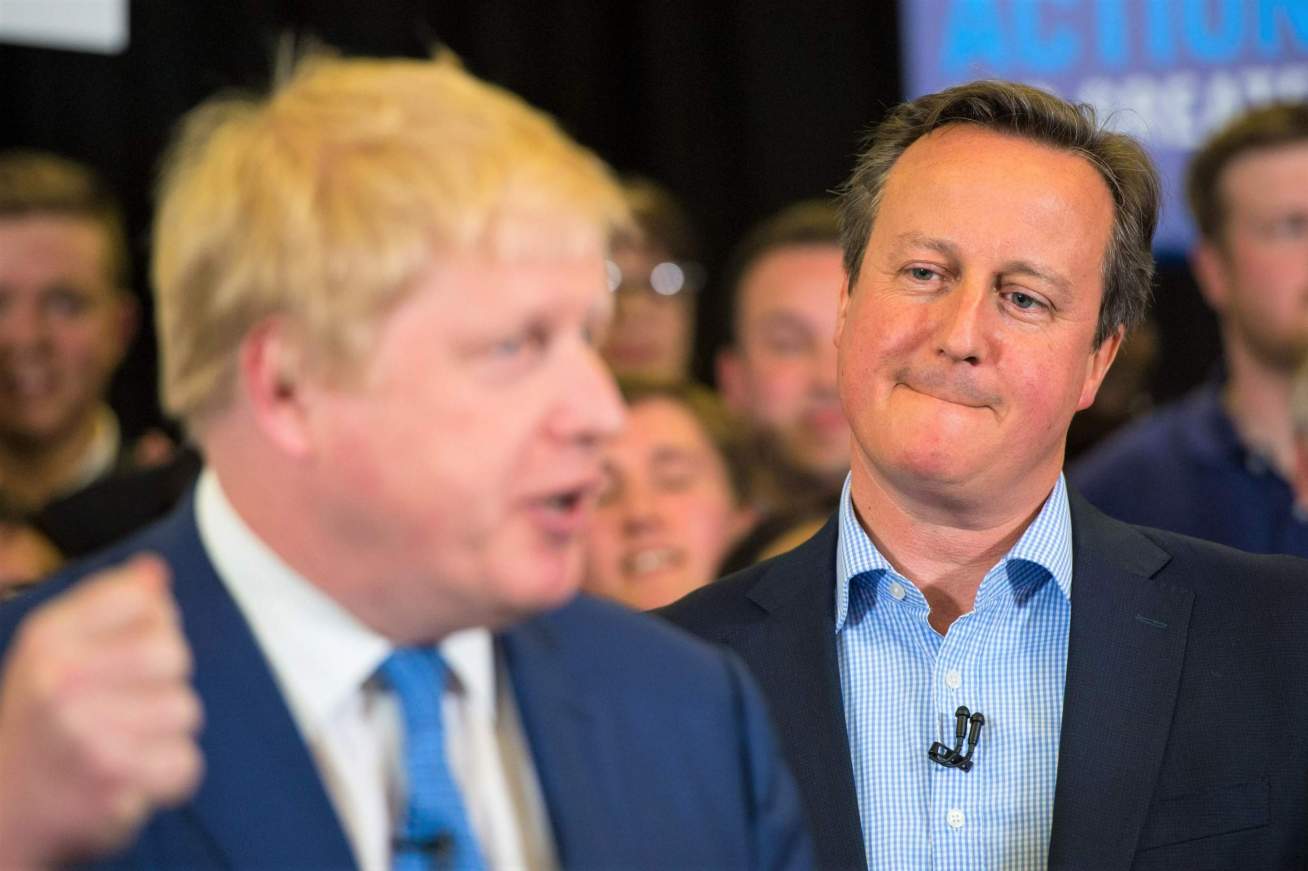 Following a competitive bidding process, a Macquarie-led consortium was awarded ‘preferred bidder’ status by the Government, with the sale completed in August 2017 and Macquarie paying £1.6 billion.

The deal was subsequently criticised by Parliament’s Public Accounts Committee, with its deputy chair claiming that “the Government did not carry out a full assessment of the bank’s impact before deciding to sell, nor did it secure adequate assurance over the bank’s future role”.

However, GFG boasts a number of other political links.

Alongside Bolton, the firm’s global advisory board includes Alexander Downer, who was the Australian High Commissioner to the UK from 2014 to 2018; Conservative MP and junior minister in Cameron’s Government Lord Mark Lancaster of Kimbolton; and former Welsh First Minister from 2009 to 2018 Carwyn Jones.

There were suggestions that Jones may have broken the Ministerial Code, when he announced his intention to join the GFG Alliance.

Additionally, Byline Times can reveal that Katie Perrior – who was Downing Street’s director of communications under former Prime Minister Theresa May – joined GFG as a strategic advisor soon after resigning from her official role. Perrior noted her intention to join GFG in June 2017 – just a month after she had left Downing Street. It is not known whether she is still an advisor for the firm. Perrior has been approached for comment.

There is no suggestion of any political co-ordination or lobbying on the part of the individuals cited on behalf of GFG. Rather, the story merely seems to exemplify the ‘revolving door’ between the higher reaches of politics and the private sector, which is being discussed with prominence once more in the wake of the Cameron scandal. It is a case that bears even more significance, given its proximity to Greensill Capital.

The Prime Minister has now launched an inquiry into the Greensill affair, though critics say that it lacks teeth. Cameron has agreed to answer the inquiry’s questions.

Despite the unenviable record of Boris Johnson’s Government in relation to cronyism during the Coronavirus pandemic, there is still no public inquiry into the actions of Johnson, his ministers or officials.