For fear of upsetting the newspaper, the Government removed a rebuttal of one of its stories, Freedom of Information requests reveal

The Mail Online successfully lobbied the Government to delete a tweet denouncing one of its articles, a freedom of information request has revealed.

On 20 November 2020, the Mail Online – the Daily Mail’s online edition – published a story (pictured below) lambasting the Government’s medical and scientific advisors for warning the nation about an incoming second wave of COVID-19.

Emails between Cabinet Office staff and the Department of Health and Social Care (DHSC) – revealed through Freedom of information requests – show that concerns were raised about the article by the Government on the morning of 21 November.

An email seemingly from the Government’s ‘rapid response unit’, which aims to combat online misinformation, flagged “growing engagement” with the Mail Online story – noting that “the article has now been picked up by several high profile lockdown sceptics such as Simon Dolan and Adam Brooks”. The unit official recommended that someone from the DHSC should contact the Daily Mail press office and offer a comment from the Government to be included in the article.

Later that same day, it was noted that the Mail Online’s story was achieving “fast growth” – prompting the official to recommend that the DHSC should post a tweet, rebutting the article. “I’d suggest responding to the Daily Mail’s post, rather than to the lockdown sceptics,” they noted.

This advice was adopted and the DHSC posted a tweet in response to the Daily Mail, stating: “This article is misleading. This is a global pandemic – national restrictions have been introduced to keep people safe and save lives. It is vital people follow the rules and continue to stay at home so we can bring the transmission rates back down and get back to normality.”

By 22 November, however, the Government had backtracked – and the DHSC had deleted its tweet.

A further Freedom of Information request shows that this decision was taken after the Government was put under pressure by figures at the Daily Mail.

An email from an individual working in the DHSC press office on the morning of 22 November read: “I understand REDACTED have been speaking to the Mail Online about this rebuttal tweet. REDACTED wants us to delete for relationship management purposes and replace with the below: ‘The measures introduced by the Government to keep people safe have saved lives. The July protection cited in the article did not account for possible measures to stop the spread of the virus.’”

In other words, individuals from the Mail Online spoke to the Government about the tweet – a conversation that led officials to believe that, unless it was deleted, relations could sour between the newspaper and the administration. For whatever reason, the Government was sufficiently worried about this outcome to remove its Twitter post.

While some individuals at the DHSC lobbied for the department to post a new, toned-down rebuttal tweet, ultimately the department decided against it, the Freedom of Information request shows. “I think it will only fan the flames further,” one email reads.

The participants in the conversation between the Mail Online and the Government are unknown.

However, while the Government decided to let the issue lie, the Mail didn’t. On 23 November, it published an article with the following headline:

This second article accused the DHSC of a “humiliating climbdown” and defiantly quoted several lockdown sceptic Conservative MPs supporting the newspaper over the Government.

Professor Carl Heneghan of Oxford University, a lockdown sceptic who reportedly advised the Government against imposing circuit-breaker restrictions in September 2020, even went so far as to accuse the DHSC of “censorship through social media”.

Ironically, the Mail Online article criticised by the Government contained a number of assertions that, in hindsight, were plainly mistaken.

The article was premised on a press briefing delivered by England’s Chief Scientific Advisor Sir Patrick Vallance and Chief Medical Officer Professor Chris Whitty on 31 October. During the briefing, they both presented four models from different academic institutions, estimating the potential daily deaths from COVID-19, if further restrictions were not imposed by the Government.

The Mail accused Sir Patrick and Professor Whitty of trying to “scare the Government into implementing a second lockdown”, saying that “the second peak seems to have passed”.

“Its warnings simply don’t bear any relation to reality,” the article added.

And yet, two of the models cited by Sir Patrick and Professor Whitty anticipated that the number of daily COVID-19 deaths would hit roughly 1,500 during the winter peak – if the Government did not implement new restrictions. We now know that daily deaths reached 1,300 in the second wave, even with local tier restrictions gradually ramped-up from mid-October onwards. 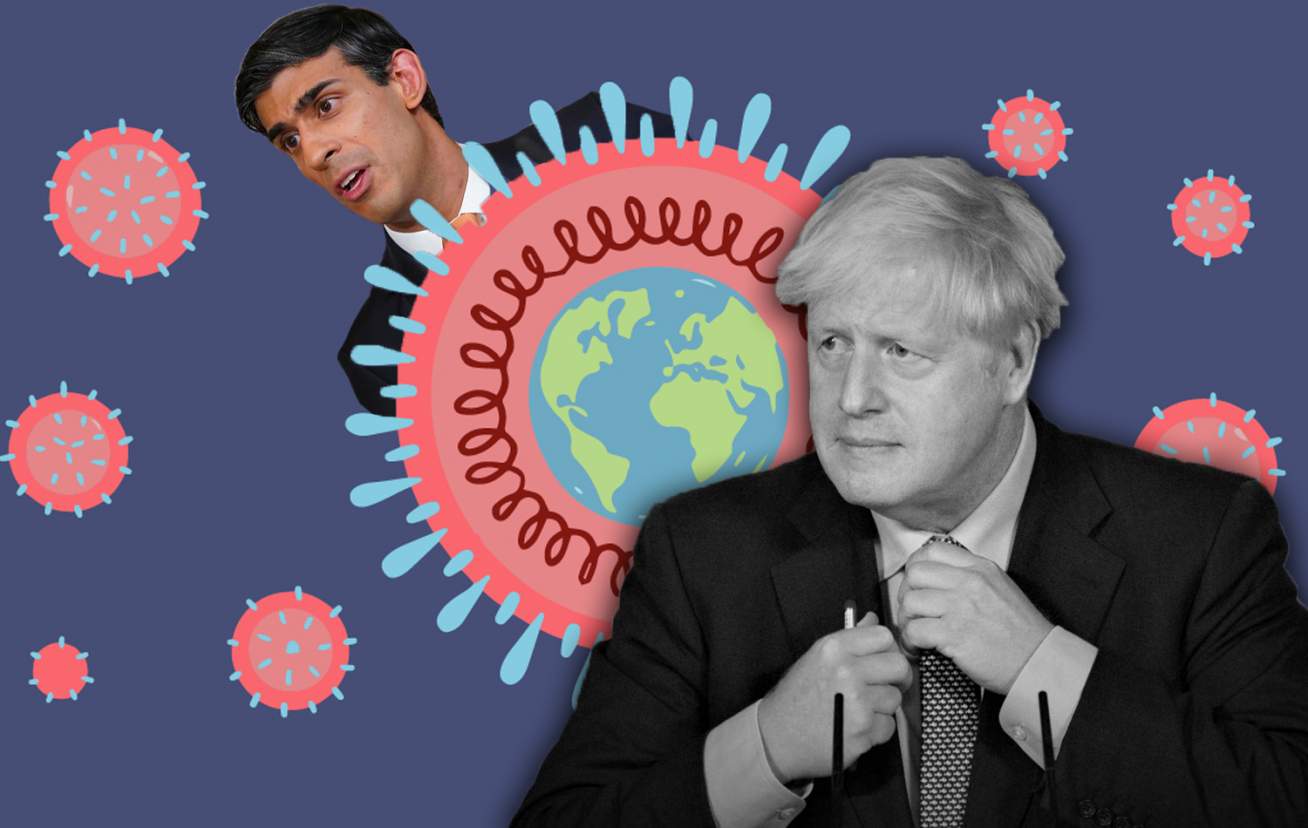 The models suggested that daily deaths could peak at some time from mid-December to mid-January – which indeed they did, on 19 January. The Mail chided Sir Patrick for suggesting in mid-September that daily COVID-19 cases could reach 50,000 by mid-October. “We have never got near that figure,” the article stated.

“I couldn’t be more concerned about the repeated failures of modelling we’ve experienced,” Conservative MP Steve Baker said in a comment that buttressed the Mail’s reporting, while the newspaper celebrated the Government’s removal of its Twitter rebuttal.

Baker and many on the right of politics are continuing to lobby for a swift, sharp end to COVID-19 restrictions in the UK. Many believe that the Government is keen not to turn them into enemies.

Byline Times contacted the Daily Mail and the Department of Health and Social Care for comment.