Will the Editors Who Came Out Against Racism Now Walk the Walk?

Brian Cathcart argues that, if the discussion on how to tackle racism in the press again only focuses on the recruitment of journalists from minority communities, the chance for systemic change will be missed

An important test of sincerity confronts the editors of the Guardian, the Financial Times, the Daily Mirror, Huffington Post and others in the news media who last week distanced themselves from claims by the Society of Editors – an industry body which describes itself as “protecting the freedom of the news media” – that the press is free of racism.

Having forced the Society into a humiliating climb-down, what will they do next? Will they patch up the quarrel and get back into bed with the Mail and the Sun? Or will they, through the Society, set about actually challenging racist journalism?

That is what this dispute is about. It is not another opportunity for editors to promise to recruit more black and brown people – it is about racist headlines, racist reporting, racist commentary and racist cartoons, all of which appear in publications with executives who are welcome in the Society of Editors.

The split in the Society occurred because of its announcement, in response to the Duke and Duchess of Sussex’s interview with Oprah Winfrey, that “the press is most certainly not racist” and that “the UK media is not bigoted”. More than 160 journalists of colour, in an open letter, declared that this showed “a wilful ignorance of not just the discriminatory treatment of Meghan… but that of other people from an ethnic minority background”.

That was the message to the editors who spoke out and who have clout, notably Kath Viner of the Guardian, Roula Khalaf of the Financial Times, and Alison Phillips of the Daily Mirror. And that is the test: will they use their power in the Society of Editors in new ways to challenge racist coverage, or will they step back and leave the fight against racism to journalists of colour? 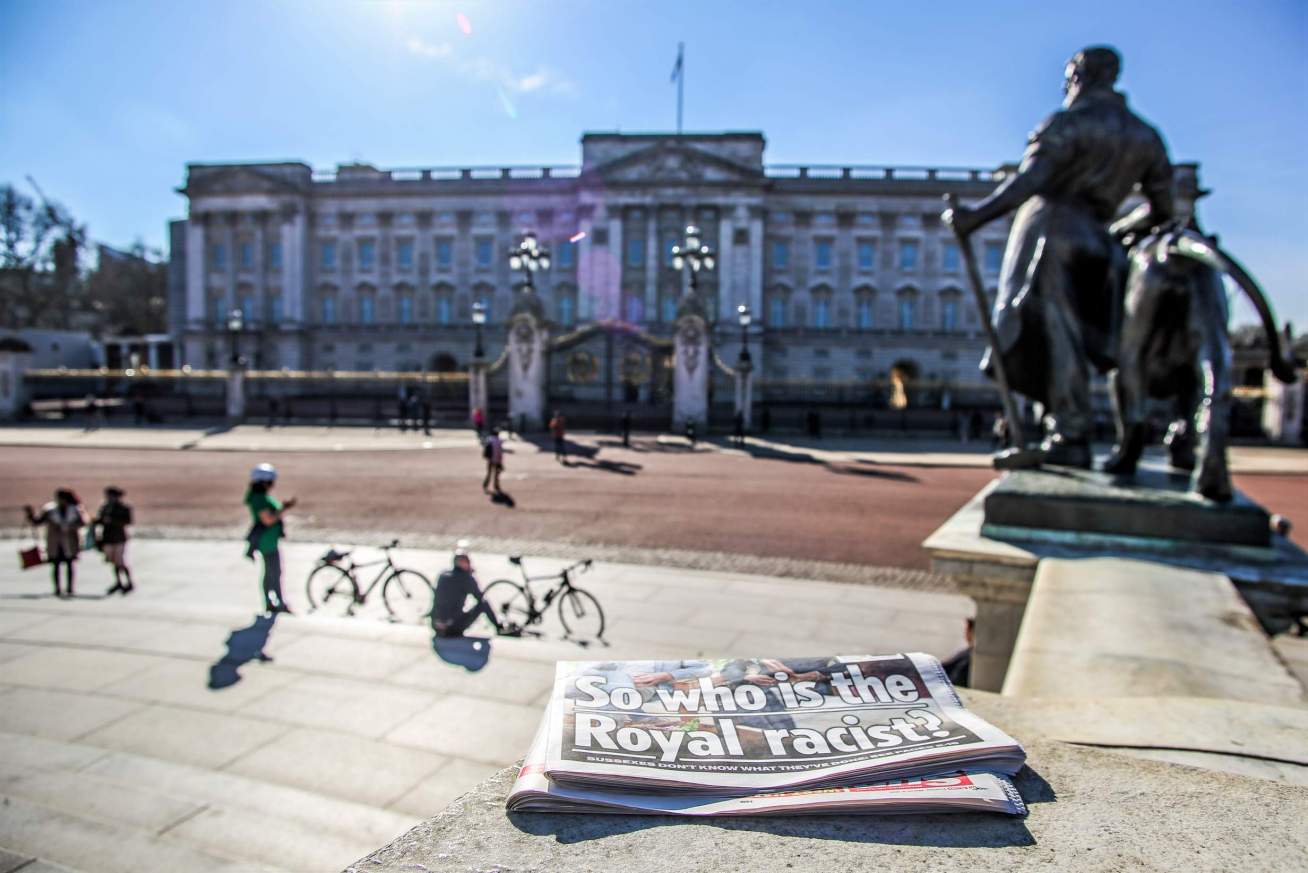 This is the Time for Journalistswith Standards to StandUp & Be Counted

A Problem on Their Own Doorstep

All three editors, as it happens, have an embarrassing problem on their own doorsteps, because the code of practice to which they say that their journalists adhere is scandalously weak on racism, by design.

The Editors’ Code of Practice is another manifestation of the clubbish world of UK mainstream media where supposedly rival publishers have far more in common than many of their readers might expect.

Though the Guardian and Financial Times are not members of the complaints body – the Independent Press Standards Organisation (IPSO) – they accept the same code and that code is deliberately termed in such a way as to deter and hinder complaints of racism or discrimination of any kind.

Indeed, in six years of applying this code, the IPSO has never upheld a single complaint of discrimination on the grounds of race or religion – meaning that, so far as it is concerned, the press is apparently not even slightly racist.

If Viner, Khalaf and Phillips are sincere about tackling racism, they could begin with the code.

If we see this dispute reverting to the discussion of measures to improve the recruitment of ethnic minority journalists, without firm action against racist journalism, we will know that those who protested have capitulated. That talk is cheap and, in the past, it has been a mere fig leaf to cover inaction.

In 2004, after all, the Society of Editors produced a report entitled ‘Diversity in the Newsroom’, which painted a shocking picture of apartheid in the press industry.

It contained the following bold declaration: “The issue of minority ethnic recruitment has risen up the agenda of the newspaper industry, regional and national, and is now of concern to many publishers and editors. The issue is now being taken very seriously at the highest level by publishers.”

Nothing of substance was done – at least nothing that made any real difference. As last week’s open letter from journalists of colour pointed out, recent studies continue to show pitiful levels of ethnic minority presence in the industry.

Of course, it is right and vital that the news media employ minority journalists and action must be taken to drive that change – but this must not be used to distract attention away from actual racist content appearing every day and every week in our national news media.

That content divides society, feeds hate crime and causes suffering. Journalists and editors should never turn a blind eye to it and they should never cosy up to its perpetrators.